Taking on the Boss 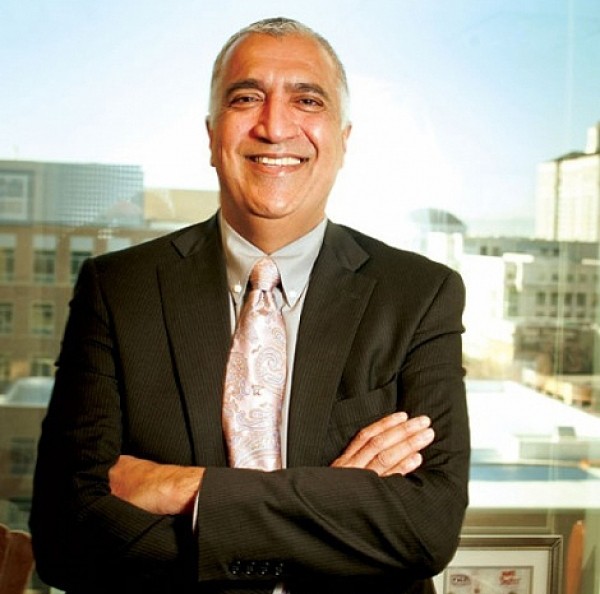 Salt Lake County District Attorney Sim Gill swept into office four years ago by criticizing prosecution decisions made by his opponent and pledging to right the course of an office mired in poor morale.

But now, as Gill is in the midst of orchestrating a re-election bid, his opponents and many of the prosecutor’s former supporters have turned the tables, saying, among other critiques, that Gill has created an unhealthy office environment and cut special prosecution units that are important to maintaining public safety.

Chief among those leveling the blows is one of Gill’s top prosecutors, Steve Nelson, who is the violent-felonies chief and has announced his candidacy for his boss’s job.

Nelson, who started his career as a county prosecutor nine years ago, has picked up several allies in police unions and associations who supported Gill once upon a time, but now say he has lost his way.

Nelson says Gill has retaliated against prosecutors who have dared to disagree with the boss, and that Gill—who was the chief Salt Lake City prosecutor prior to being elected and has limited experience trying high-intensity cases—is “removed” from the office by a level of bureaucracy.

“It’s difficult for me to be inside the office and watch a number of things that I am troubled by and disagree with,” Nelson says. “I can’t just stand by and watch it happen. I have to stand up and do something about it, and that’s what I’m doing as a candidate here.”

Gill says that he has indeed made decisions as district attorney that have been unpopular. He says the office he took over four years ago was deeply in debt, running a more than $1 million annual deficit that has been cut to $100,000. Attorneys once had leeway in creating their own schedules. Now, Gill says, they adhere to strict schedules to avoid waste and reduce scheduling problems.

“When you say, ‘No, we’re not going to do that, we’re going to change that,’ that is obviously going to cause some consternation,” Gill says, noting that his office prosecuted 2,000 more cases last year than the year he took office, despite having one fewer attorney on staff. “I can understand why there may be some concern, but I think that is a mixed bag of the office at large, but that’s understandable.”

Nelson and other prosecutors who support his candidacy cite Gill’s dissolution of special-prosecuting units, like the domestic-violence unit, as a misguided step that has served to undermine effective prosecution of certain cases.

Prior to Gill’s tenure, Nelson says, a select group of prosecutors handled these sensitive cases. Now, he says, domestic-violence cases are spread around to as many as 20 prosecutors whose caseloads include an array of crimes.

“That, to me, shows indifference toward domestic-violence victims that I think is unfortunate,” he says.
Gill says dismantling some of the special units (the gang unit and special-victims unit remain) was necessary to give an inexperienced staff a more well-rounded case load.

“It’s not like we stopped doing domestic violence cases,” he says. “They just got consolidated into different functions.”

A hallmark of Gill’s first term has been the notion that no one is above the law—an ethic he is touting in his re-election campaign.

To this end, Gill has maintained an open investigation into the scandal-plagued activities of former state attorneys general John Swallow and Mark Shurtleff. Of the more than 30 police-officer-involved shootings his office has investigated during his term, Gill has labeled a handful as “unjustified.” But in most of these cases, no charges have been filed against officers—decisions that have drawn fire from law-enforcement unions.

Mike Tuttle, president of the Salt Lake Police Association, a union that represents 225 Salt Lake City police officers, says Gill’s decision to characterize some officer shootings as unjustified and then decline to prosecute those officers, is “spineless.”

“How do you combat that?” Tuttle says of a prosecutor publicly saying an officer was unjustified in pulling the trigger. “How do you clear your name? You don’t even get the benefit of going to court to prove or to answer to what you’ve done.”

But Gill says that to file charges in every unjustified shooting is far too oversimplified. He says an officer-involved shooting can be deemed unjustifiable through statutes that regulate use of force, but might not meet the bar for criminal prosecution.

And furthermore, Gill says, he doesn’t feel his job is predicated upon agreeing with law enforcement 100 percent of the time.

Gill says that to aid law enforcement in situations where deadly force might be used, he purchased a state-of-the art shooting simulator, which cost $750,000 and that more than 1,000 officers—some from out of state—have been trained on.

“If I didn’t care about law enforcement, why would I be spending money out of my budget for their training?” Gill asks.

Ian Adams, a spokesman for the Utah State Fraternal Order of Police, which has endorsed Nelson, says many officers see Gill as a politician, not a prosecutor—a perception that has damaged the district attorney’s image.

Nelson, too, says he believes Gill has a desire to run for higher office, and has used his current perch to further his political future. Following Swallow’s 2013 resignation, Gill was mentioned as a possible candidate for attorney general—a suggestion that “flattered” him.

But suggestions are different than actions, and Gill says that anyone concerned about the possibility of him fleeing for higher office need only to look at the decisions he’s made so far.

“I chose to stay because we have still much work to do,” he says.
Gill says the office dynamics that have pitted one of his employees against him have remained cordial and professional.

As time wears on and the general election nears, though, many prosecutors may take sides. Nelson says that his boss has created a “culture of fear,” and that he feels that he has broad support from his colleagues, one of whom, Sandi Johnson, says she doesn’t appreciate Gill’s mercurial management style, and has told him as much.

“I am aware of and have been a first-person witness to his temper and his way of handling conflict in the office, which I think certainly contributes to the low morale that we currently have,” Nelson says.
Gill says that he has, on occasion, raised his voice. But the one time he lost his temper, he says, he promptly apologized to the employee.

“Have I gotten passionate once or twice? Yeah,” he says. “Is it a normal occurrence? No. In four years there, has my voice maybe gotten loud once or twice? Absolutely, sure. Is it something that I do everyday, or on a regular basis? Of course not.”