Taking Our Country Back—to What? 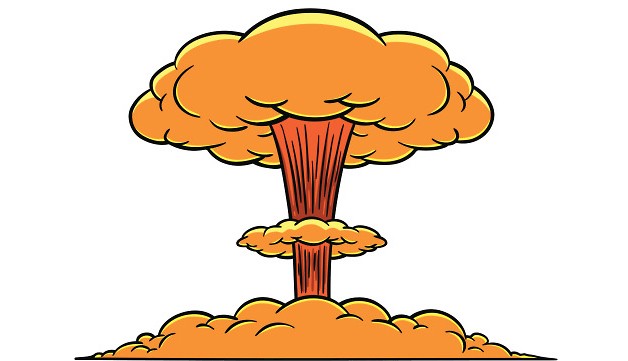 It had never happened before in this country.

"We're going to take our country back!" was the battle cry of the day and has been the rebel yell of the radical right for some time. The question: Back from whom? Back to where?

It looks a lot like the "Lost Cause" dating from the late 1800s and Reconstruction following the defeat of the South in the Civil War, repackaged for working-class white Americans who feel aggrieved. It also bears similarity to fascist movements and the failed 1923 Nazi coup known as the "Beer Hall Putsch." It is white nationalism.

The attacking mob on Jan. 6, 2021, numbered in the thousands—mostly white men who believed the election had been stolen based solely on the word of President Donald Trump who had lost some 50 court challenges to the overwhelming victory by Joe Biden. Republicans in Congress reinforced the lie. But the mob didn't need much convincing. These self-described patriots had been spoiling for a fight for some time.

Misinformation and division won the day—a day that had been nurtured by the likes of Rush Limbaugh, Alex Jones and Fox News as well as Christian conservatives. Donald Trump won the 2016 election by tapping into fear and anger that had been stoked for decades. Right-wing radicals, who once were small enough to ignore, now encompass a significant portion of the population and they had found their Pied Piper—one who has 88 million followers on Twitter.

Their attacks on our democracy will surely continue.

Outrage Industry
The outrage industry couldn't have come this far without help from mainstream politicians, most notably Republicans who have been running against Washington, AKA our elected democracy, since Ronald Reagan's successful 1980 bid for the White House, when he famously announced that "government is not the solution to our problem, government is the problem."

At the same time, conservatives were making the word "liberal" into something less than palatable. Their willingness to twist the language to their political benefit went hand in hand with a campaign bankrolled by big money to gin up the culture wars by decrying Democrats as baby-killers and jack-booted thugs coming to take your guns and legalize gay marriage.

They also claimed to be fighting the Deep State, identified as the evil control center of an ill-defined power structure within government that propped up the likes of Hillary Clinton and was dead set on the undoing of Donald Trump, no matter what the Fake News said.

One of Trump's earliest ploys—right out of the Mussolini handbook—was to savage the mainstream news media. Power mongers have a difficult time when a healthy press is there to hold them in check. But his efforts to label journalists as "enemies of the people" succeeded with many Americans, underscoring their mistrust and outrage.

Danger—Clear and Present
As Donald Trump emerged as the front-runner in the Republican 2016 Primary, alarms went off across the country. Even USA Today editorialized that he is a dangerous man. His critics included South Carolina Sen. Lindsey Graham and Utah Sen. Mike Lee. But Trump attracted huge crowds and promised his cheering fans they would take back the country to a time when it was "great." With high poll numbers and a greed for power, he grabbed control of the Republican Party like a mob boss selling insurance to sniveling, little shopkeepers.

Along the way Trump employed racist and sexist dog whistles and pushed an undercurrent of violence, which his crowds loved. Good, hard-working Americans were getting screwed by the Chinese, by our European allies, by corporations sending jobs overseas and by minorities who would be dealt with.

It was tailored nicely to fit into the new, digital world where the internet opened a galaxy of information sources and sites where white supremacists and radical groups, like the Proud Boys and QAnon, could communicate and organize and where such things as COVID-19 can be turned into dangerous conspiracies. People who would never trust The New York Times or CNN happily gobbled up internet subterfuge as gospel.

In the days after the Jan. 6 assault, radical right-wing organizers were already scheming for coming demonstrations and the Jan. 20 inauguration of Joe Biden.

Despite the horror of the attack, eight Republican senators and 139 Republican house members voted against certifying Biden's election, playing, of course, to Donald Trump's political base. They also gave solace to those who took part or supported the attack on Congress.

The domestic terrorists and their backers have no apparent plan beyond disrupting our government and our society. Like Trump, they have little desire to build anything—and like him continue to be a clear and present danger.

Postscript—So far, 2021 has been the absolute pits. The sun was supposed to come out on Jan. 1 when we kissed 2020 goodbye forever. And now look. You know it's bad when people in Moldova are feeling sorry for us. COVID victims are dropping like flies—375,000 and counting—folks are out of work, the price of beer is up, and it won't snow. We could go on and on, but it wouldn't help. It's one of those times when you just have to keep on keeping on.

We could be reading about the founders and how Thomas Jefferson, John Adams, James Madison, Alexander Hamilton and others labored long and hard to create a bulwark for democracy through a self-governing republic with checks and balances. After the election of Donald Trump, Pulitzer Prize winning historian Thomas E. Ricks decided to re-examine the thinking of the founders, who he described as "statesmen and revolutionaries." He surmises that the founders did anticipate a Donald Trump. "Enlightened statesmen will not always be at the helm," said Madison. "Bad men will sometimes get in and with such an immense patronage may make great progress in corrupting the public mind and principles. This is a subject with which wisdom and patriotism should be occupied."

Well, Wilson, are you and the guys in the band feeling patriotic after the attack on democracy? Don't you feel like, you know what? We can't be quiet when wackos go on the rampage here or in D.C., so, go ahead, pick it, Wilson:

Don't you know it's gonna be alright
Alright, alright