Inside the legal and moral struggle to legalize sex work. 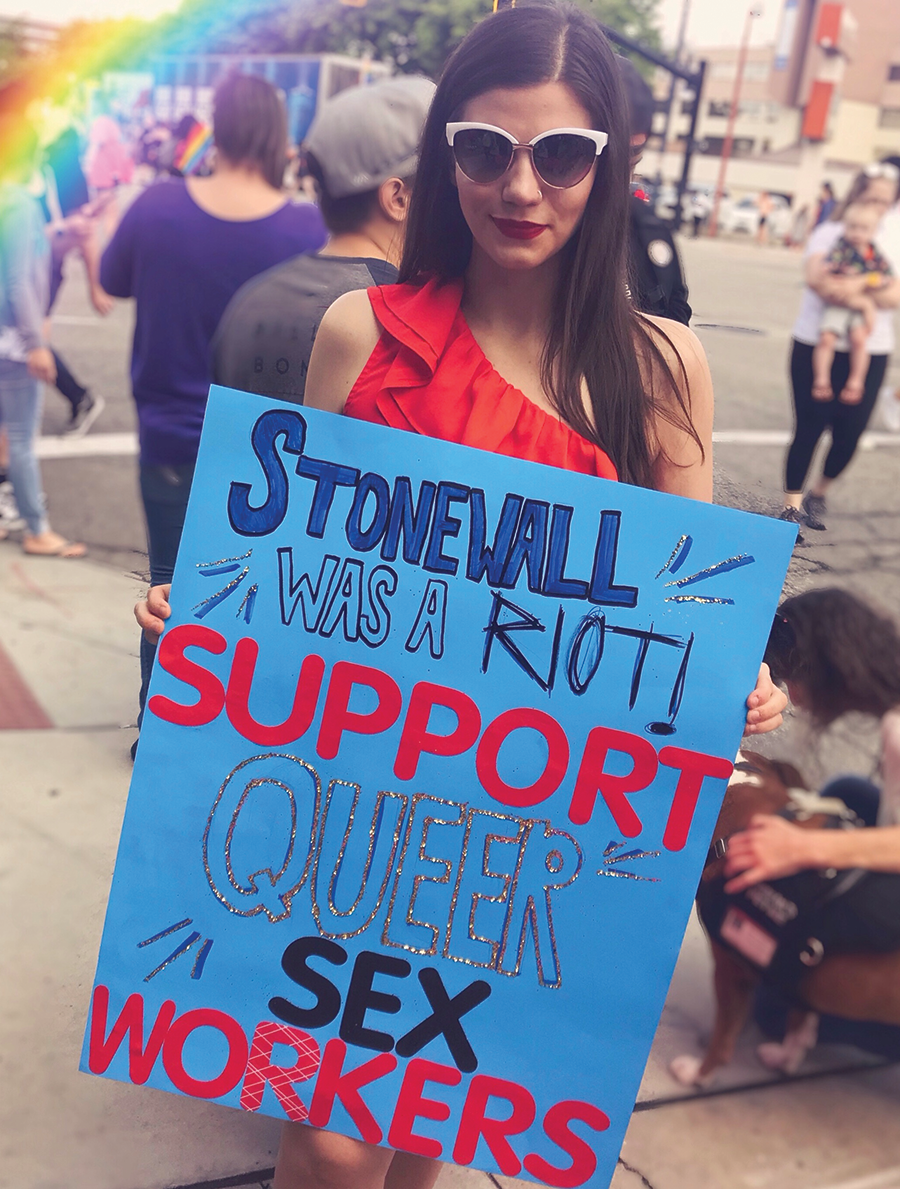 It's not every day that a sex worker finds common ground with a conservative lawmaker. But that's what happened with the drafting of HB40, an update to the Utah criminal code signed into law by Gov. Gary Herbert in March that provides added protections to Utahns working in the sex trade.

The bill, which went into effect last month, was sponsored by Utah Rep. Paul Ray, R-Clearfield. Passed in the Legislature with bipartisan support, the bill brings an official end to Utah's ban on adultery and sodomy by consenting adults. Notably, it also shields sex workers from prosecution on prostitution charges when they report crimes that they witnessed or that were committed against them.

That section of the bill was drafted with the help of the Magdalene Collective, a support group for Utahns working in both legal and illegal sectors of the sex trade. Kyli Rodriguez-Cayro and Nicole Emma, the group's founders, say the criminalized nature of the industry increases the risk for sex workers, who are vulnerable to dangerous clients and traffickers, but also often fear arrest and abuse at the hands of cops.

"We have a lot more people who are in dangerous situations because of laws that have been passed under the guise of stopping trafficking," says Rodriguez-Cayro, a Salt Lake writer, activist and mental health educator who has experience working in phone sex and virtual sex work. "Sex workers face increased rates of homicide, of rape, of assault. A majority of sex workers who are victims of homicide are trans women. Being a queer sex worker is more dangerous. Being a sex worker of color is more dangerous."

"This goes a long way to help protect people in that industry from being attacked ... Nobody deserves to be victimized, period." —Rep. Paul Ray, R-Clearfield tweet this

Speaking with City Weekly, Rep. Ray says he first got in touch with Emma and Rodriguez-Cayro last year after hearing them at a community meeting with Salt Lake City Police Chief Mike Brown. Ray invited the pair to join a task force revising the criminal code. Later, he secured bipartisan support to make sure the revisions ended up in the bill's final draft. To him, it was a "no-brainer" to protect this vulnerable population.

"Everybody agreed that this is the right thing to do," Ray says of discussions with fellow legislators. "We weren't debating whether [prostitution is] right or wrong. But we all agreed that those acts that are being committed against them are wrong. This goes a long way to help protect people in that industry from being attacked ... Nobody deserves to be victimized, period."

Police Det. Michael Ruff says it's long been department policy not to go after sex workers when they report crimes. Erin Mendenhall, a city councilwoman and candidate in the city's mayoral election—whose district includes parts of State Street where people struggling with poverty and drugs have resorted to selling sex to get by—welcomes the new law.

The Utah law is one of several pieces of legislation that have been passed or been considered recently in several states—part of a nationwide effort among activists to reframe the conversation around sex work and push for decriminialization. By all accounts, it's too early to tell what kind of changes the Utah law will have on sex workers who willingly engage in the trade, and in more high-risk or coercive situations — working on the street or as victims of trafficking.

But Emma, who delivered a heartfelt TEDx Talk last year on the "human connection" behind her sex work, feels it's a move in the right direction.

"Knowing that this is here and we can report [crimes] gives us a lot more power," she says. "It helps us feel safer, for sure."

The new law, she adds, softens the "stigma" attached to sex workers. It tells the public "Hey, we're people. We deserve basic protections and safety and legal protections just as much as anyone else, regardless of what you think about what we do," she adds.

The legislation points to the deeper question of whether or not prostitution should be legal in the first place—a complex debate that cuts across political and ideological lines. While groups like the Magdalene Collective frame sex work as an expression of feminist autonomy, others like Gloria Steinem have spoken out against the sex trade, arguing that decriminalization only empowers pimps and sex traffickers and encourages the exploitation of women.

Rep. Ray says he hasn't formed a position on whether he supports decriminalization or not—he would need to take a "deep dive" into the issue first.

"I've never really looked at the issue, so I don't like to say that I don't support or do support when I've never really dealt with the exact issue," he says. "I think it's worth having a discussion on. But to say which way I would go, I'd have to really dig into it and look. There's merits on both sides of the argument."

Opponents of decriminalization promote what's called the "Nordic model," in which law enforcement focuses on prosecuting clients who pay for sex, rather than sex workers who sell it. That's an approach police have taken in Salt Lake, according to Det. Ruff. Between Sept. 1, 2018, and May 1 of this year, police arrested 32 women and 54 men on prostitution-related charges.

Activists say sex workers are targeted regardless. As HB40 was making its way through the Legislature, another bill—sponsored by Rep. Jeff Stenquist, R-Draper—also was passed, ramping up the penalty for escorts and others who work in "adult service" without a license (Ray voted against the bill). Last year, Congress passed two sweeping bills, the Stop Enabling Sex Traffickers Act (SESTA) and the Allow States and Victims to Fight Online Sex Trafficking Act (FOSTA), designed to crack down on the sex trade. Advertising websites and internet forums ended up going offline, erasing "blacklists" of unsavory or dangerous clients that workers would refer to.

"It's very difficult in different communities with different sex trafficking laws being pushed that really criminalize the way we warn each other about bad customers or share information about good customers," says Terra Burns, a sex work activist and lobbyist in Alaska.

Rodriguez-Cayro sees HB40 as a way to help keep sex workers safe—but also to give them greater visibility in a complex landscape of dialogue and backlash.

"We just want people to see us as human. I think HB40 was a step toward that," Rodriguez-Cayro says. "It's still going to be always an uphill battle, but it makes a statement."