Was Jesus a copycat? 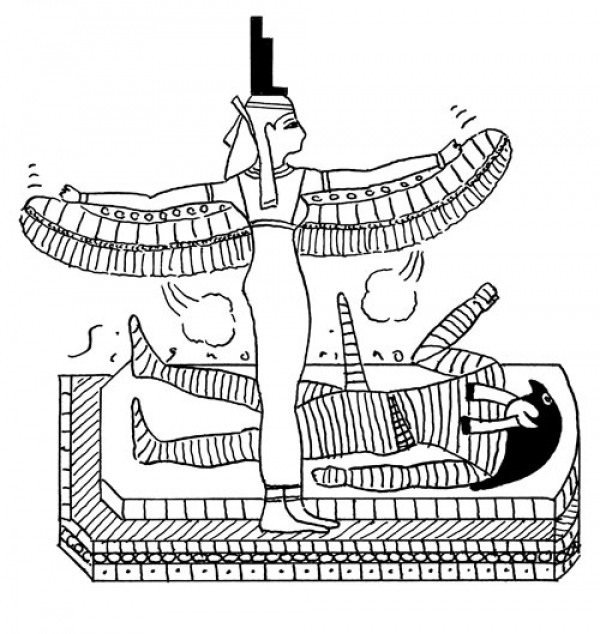 I first heard the claim that Jesus was a copycat of the Egyptian god Horus when I watched the so-called documentary Religulous. Horus supposedly walked on water, was born from a virgin, healed the sick, etc. Naturally, I was skeptical and tried doing some research but found only biased opinions that weren’t backed by much evidence. So what’s the deal? —Johnny Oregano

There’s more of a puzzle here than you might think. The notion that Jesus was copied from Horus is a stretch, of interest chiefly to people with an axe to grind—such as the writer and star of Religulous, Bill Maher. But it springs from the same questions that occur to anyone reading the foundation stories of the world’s great religions, and Christianity’s in particular: How much of this stuff really happened, and who dreamed up the rest?

Religulous (2008), an antireligious diatribe that takes on Islam and Judaism in addition to Christianity, presents a list of parallels between Jesus and Horus, the falcon-headed Egyptian deity identified with the sky and the rule of the pharaohs. In addition to those you mention, Horus supposedly had 12 disciples and was crucified, then resurrected three days later. Conclusion: Jesus is a myth.

The movie doesn’t say where it got these claims, but they may have come from The Pagan Christ (2005) by Tom Harpur, an Anglican priest and a longtime religion writer for the Toronto Star. Harpur in turn cites earlier authors, the most relevant of whom for our purposes is Gerald Massey, a poet and self-taught Egyptologist who published a massive work entitled Ancient Egypt, The Light of the World shortly before his death in 1907.

Massey argues that the Judeo-Christian tradition borrowed heavily from Egyptian mythology and that the “Jesus legend” in particular was based on Horus. He lists 269 alleged parallels between the two figures, including those mentioned in the Maher movie. Massey contends Jesus and Christianity were concocted in Rome based on myths borrowed from Egyptian gnostics.

Why would the Romans do this? Massey doesn’t explicitly say, and later authors aren’t much clearer. The best I can make out is that Christianity as we know it was invented to help the Roman emperor Constantine control the masses.

The point is, some take a view opposite that of religious fundamentalists: Whereas one side says everything in the Bible must be taken literally, the other side says nothing in it can be. That’s not to say neo-Masseyites are necessarily atheists. Harpur, for one, professes to be a Christian; he just doesn’t believe in the existence of Christ.

If it all sounds pretty crazy, nothing Gerald Massey has to say will convince you it’s sane. The man was an eccentric whose work has never been taken seriously by scholars. His book is a weird mix of historical speculation, philology and theorizing about the precession of the zodiac, all presented as fact with minimal supporting evidence.

Massey’s attempt to demonstrate that Jesus is merely a rewrite of Horus is tortured. Take the contention that Horus and Jesus were both of virgin birth. The most common legend about the birth of Horus is that the god Seth dismembered the body of Osiris, his older brother and husband of Isis. Isis collected the pieces of her husband’s body and sewed them back together, then took the form of a bird and fanned Osiris with her wings, reviving him enough to have sex and get herself pregnant with Horus. So it’s sex with a coma patient or necrophilia—not your classic virgin-birth story either way.

As for the crucifixion and resurrection, the party involved wasn’t Horus but Osiris, as per the above. Except Osiris wasn’t crucified—Seth initially had him nailed into a coffin. And he wasn’t really resurrected, just revived long enough to be a sperm donor, after which he died again.

Then again, there really isn’t a canonical version of the Horus story. Browsing through the stelae, I find a variant in which the child Horus is stung to death by a scorpion, then restored to life by the god Thoth. So, OK, are there points of similarity between Jesus and Horus? I’ll be big about it and say sure. Is one copied from the other? Get out.

But let’s not fixate on Horus. The real difference between Egyptian mythology and the story of Jesus is that the former is clearly a fable full of beings with super powers, whereas the latter is told in realistic terms with the occasional miracle thrown in. The simplest explanation for this is that the New Testament is largely about a real person, with embellishments added to impress the rubes or make a doctrinal point. I venture to say this was the working assumption among a sizable fraction of scholars for a long time, and many still hold to it. But I’d also say there’s a hardening realization that, setting aside obvious supernatural elements, we’ll never know which if any parts of the Gospel describe actual events and which are made up.