The shift to the right could mean a shift in rights for gamers. 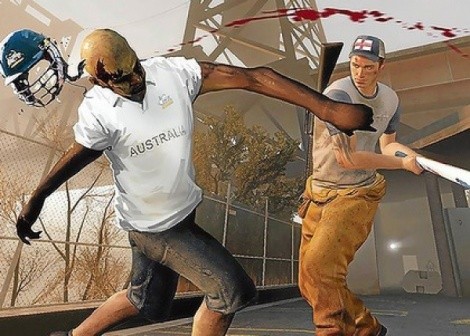 As I sat watching CNN’s election map turn redder by the minute on election night, my sharp political mind immediately sensed a problem: How will these Election Day shenanigans affect video games? I’m sure the tea party has more important things to deal with than Grand Theft Auto, but something tells me that the shift in power—combined with the U.S. Supreme Court considering California’s video-game ban—could make for a long two years ahead.

California enacted a law in 2005 that prohibits the sale of violent video games to anyone under the age of 18, subject to a $1,000 fine. The law was struck down on the grounds that it violated free speech, but the state appealed and now the U.S. Supreme Court is taking up the cause—or, in some cases, laughing at it.

“One of the studies, the Anderson study, says that the effect of violence is the same for a Bugs Bunny episode as it is for a violent video,” said Justice Sonia Sotomayor. “So can the legislature now, because it has that study, outlaw Bugs Bunny?”

Another interesting point from Justice Ruth Bader Ginsberg: “Part of this statute requires labeling these video games in big numbers ‘18.’ So it’s 18, and California doesn’t make any distinctions between 17-year-olds and 4-year-olds.”

The law is ridiculous and reactionary—and luckily, at least some of the justices see that. The law would restrict sales of games that depict the “killing, maiming, dismembering or sexually assaulting” a human image. The “human” angle is interesting. So, I can play games like Cabela’s Big Game Hunter 2010, but not GTA. Justice Elena Kagen asked the state’s attorney, “Would a video game that portrayed a Vulcan, as opposed to a human being, being maimed and tortured, would that be covered by the act?” He replied that it wouldn’t, because it only relates to a human image. So does that mean if I were 15, I could buy a sweet, albeit bloody, game like Dead Rising or Left 4 Dead because in those games I’m killing, maiming and messing up zombies?

The video-game industry already employs a ratings system and, therefore, young kids already can’t purchase certain games. If they are playing these games, then—all together now—their parents are allowing them, and that’s their call.

All we’ve heard this election cycle is one cry after another about big government interfering in our lives. But, where is the tea party when it comes to this interference? Where is Sara Palin standing up for the rights of her Mama Grizzlies to buy Mortal Kombat for their kids (who probably already own guns and have killed a living thing or two, all in the name of sport)?

People have been screaming about health care, but where were the clever protest signs like “Keep your hands off my joystick”? A freedom is a freedom; you don’t get to pick and choose which you’ll fight for and which you won’t.

And that’s where my worry sits. If California’s law is upheld, you’re going to see these sorts of laws start to pop up across the country, because a shift to the right, perhaps more often than a shift to the left, has meant a shift away from personal freedoms. For proof, please see Bush, George, and Cheney, Dick.

While researching this piece, I came across a newspaper editorial from Madison, S.D., with the headline, “Reasonable, thoughtful people would curb violent video games”—this in a paper that we assume enjoys its freedom of the press. “Of course we recognize that the members of the first U.S. Congress wouldn’t know what video games are,” the paper writes. “But we believe that if they did, they wouldn’t have accepted that ultraviolent games should be protected in the same manner as people speaking to protest government policies.”

It’s funny, but I wouldn’t think that reasonable, thoughtful people would even consider the argument “What Would Thomas Jefferson Do” as a rational justification for censorship. You can’t decide law in a vacuum that doesn’t even exist anymore. Once we start doing that, it could be “game over” for a lot of our freedoms.