Tear Down This Wall

Utah County, get ready for the gray areas of Hedwig and the Angry Inch. 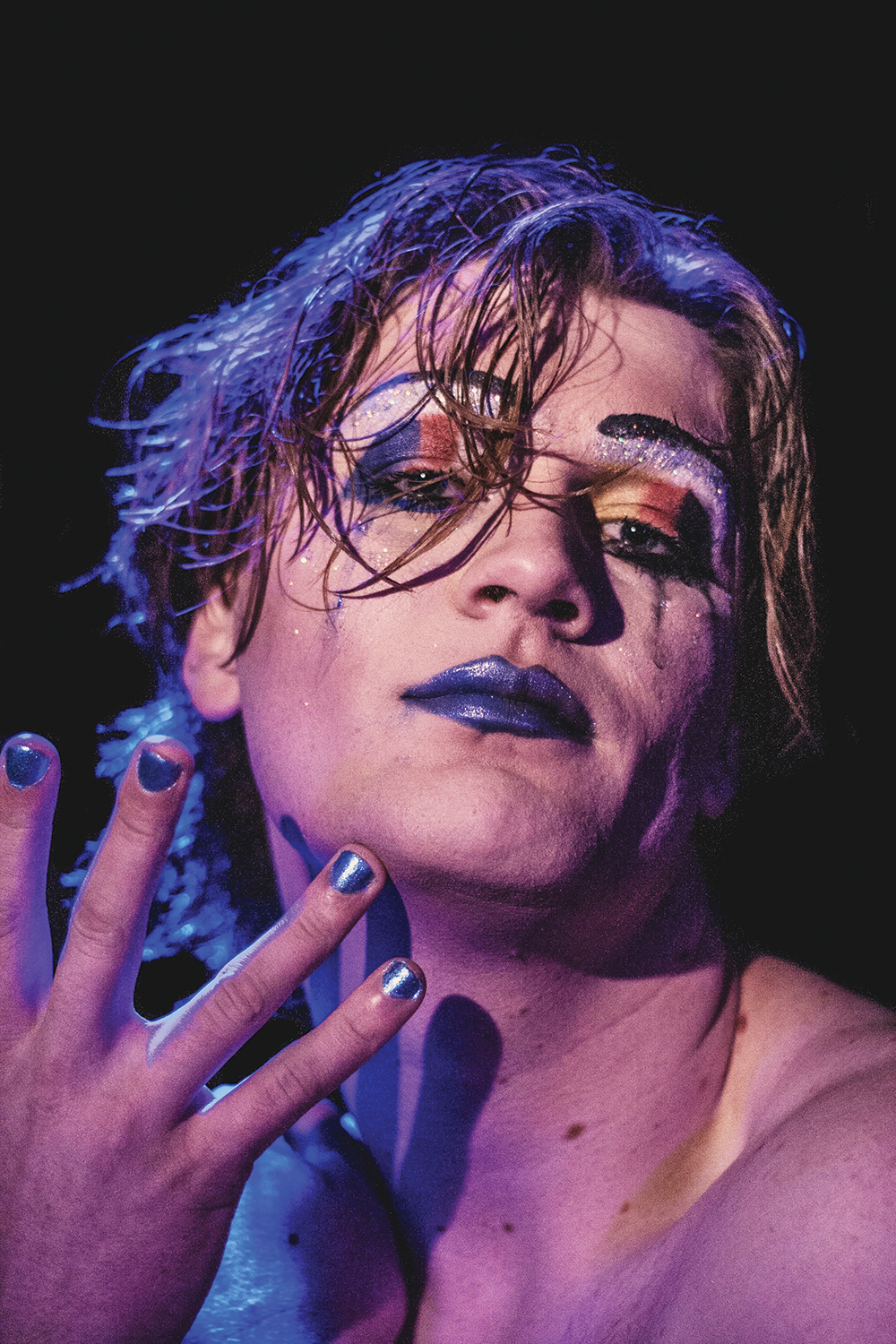 In the lyrics to "Tear Me Down"—the opening number of Hedwig and the Angry Inch—there's a break in which a character describes the liminal space occupied by the show's transgender protagonist: "standing before you in the divide/ between East and West/ slavery and freedom/ man and woman/ top and bottom." As Hedwig prepares to make its Utah County premiere in a production by An Other Theater Co., the company's artistic director sees the musical itself as dwelling in that same gray area in a variety of ways.

In the most obvious sense, it's a story about a transgender character: Hedwig, frontwoman of a rock band called the Angry Inch, on a tour that's more akin to stalking—following Hedwig's rockstar ex, Tommy Gnosis, in tiny venues adjacent to Gnosis' arena tour. Yet AOTC artistic director Taylor Jack Nelson believes that, more than 20 years after the show's off-Broadway premiere, the main character's identity is even more complicated.

"A lot of the language around trans identity is more widely known and understood [in 2019]," Nelson says, "but even people who are more familiar with trans people in general might find Hedwig's story strange and unconventional ... Hedwig uses feminine pronouns. The way she talks about her story feels more genderqueer, but there are also drag elements involved. Her identity is layered in some ways, unconventional compared to what one might expect in a trans story."

That complexity feeds into the question of casting the central role itself. Traditionally, the part of Hedwig has been played by cisgender male actors, including the play's author, John Cameron Mitchell, and Neil Patrick Harris, who starred in the popular Broadway revival. That tradition continues with AOTC's production, which has double-cast the role with two cisgender male actors, Cleveland McKay Nicoll and Jordan Kramer. Yet the landscape has changed in recent years, with calls by the trans community and its allies to cast trans actors in trans roles.

"We did have casting open to people of every gender," Nelson says. "As a cisgender person, I don't know that I'm necessarily qualified to be the spokesperson on this, but I do think there are some trans roles that should never be played by a cisgender person, while others are grayer. And I think Hedwig is one of those roles."

There's an additional gray-area complexity built into the narrative of the show itself. Hedwig's story is very specific to the context of the time immediately before and after the opening of the Berlin Wall in 1989—now 30 years distant. Yet there are also elements in the way the show is typically produced that places the action very much in the present. "It's strange because it has both become a period piece, and also a piece that basically takes place in the theater that it's being performed in," Nelson says. "The script encourages ad-libbing, and much of it is about the time and place where it's being produced. So it's a confusing line to walk. In some ways it's a period piece, and in some ways it takes place right now. I wouldn't normally say that would work, but in this show, it sort of does."

The history of the show has also walked a strange line between being a big spectacle that has occupied Broadway theaters and big venues while touring the country and an intimate experience ideal for small spaces like AOTC's 25-feet-by-40-feet converted Radio Shack location. "Because of the [Neil Patrick Harris] revival, [Hedwig] gets thought of as this big Broadway production," Nelson says. "We thought it was interesting the people were confused about us doing it on that stage, because it's actually more of a stretch for the show to be in a big Broadway theater. It's really about Hedwig coattailing off of Tommy ... We've arranged the seating in two rows around the space. If you're in the front row, there's a good chance Hedwig will talk to you at some point. So we've definitely leaned into that intimacy."

Even the collection of the show's songs by Stephen Trask feels like a strange mix of components, from the driving punk energy of "Tear Me Down" and "Angry Inch" to the power ballad "The Origin of Love" to the bouncy twang of "Sugar Daddy." "It's a rock musical about a rock concert, but it feels like 12 songs written by 12 different composers," Nelson says. "It's like with the temporal setting: I don't know why it works, but it does."

So An Other Theater Co. takes a leap of faith with Hedwig and the Angry Inch, making this curiosity of a play its first-ever musical production and continuing the company's mandate to bring shows to Utah County—specifically, shows with queer themes, like last year's production of Angels in America—that might never have played there before. "If there's enough people driving from Utah County to Salt Lake City for shows like this, obviously there is an audience for it," Nelson says.

That's a unique collision of worlds that Hedwig herself would appreciate. CW