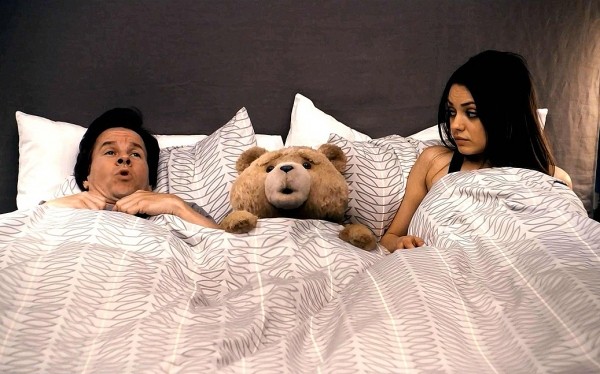 Ted
An underachieving stoner (Mark Wahlberg) must choose between his magical teddy bear/childhood friend Ted (voiced by Seth MacFarlane) and his ridiculously hot girlfriend (Mila Kunis). Unrated? What the hell did they leave out? (Universal)

Age of the Hobbits
A village of peaceful Hobbits is enslaved by a gang of dragon-riding cannibals, and only a pair of human warriors (Stargate SG-1’s Christopher Judge and crazy’s Bai Ling) can save them. Probably no relation to that other Hobbit movie. (The Asylum; released delayed)

The Bourne Legacy
A totally different super agent (Jeremy Renner) is out to complete the takedown of Operation Treadstone; much running, jumping, motorcycle chasing and Rachel Weisz hair-flipping ensue. Next year: The Bourne Predicament (Universal)

Collision Earth
A comet hits the Sun, pushing Mercury out of orbit and into a collision course with Earth—can a sketchy scientist (Kirk Acevedo, Fringe) and an astronaut (Diane Farr, Numb3rs) in a space shuttle stop the disaster? Sure, why not? (Anchor Bay)