Worlds collide in all the right ways at Murray's Fav Bistro. 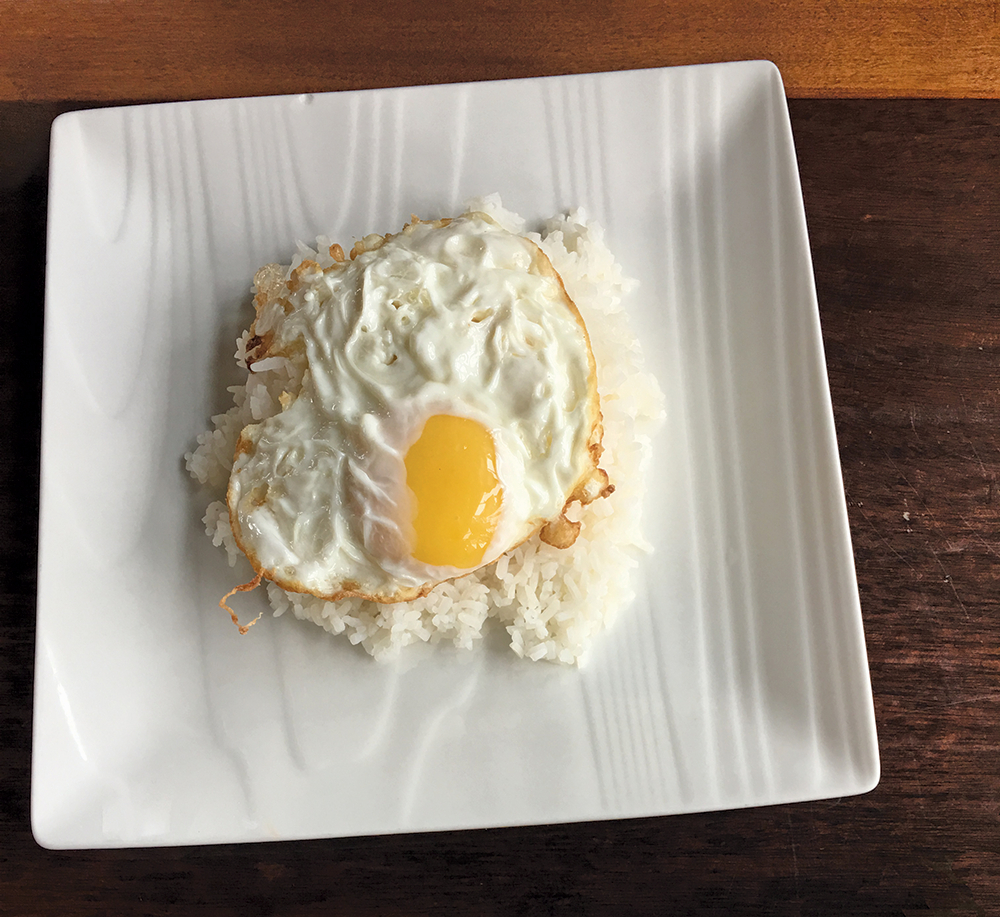 I'm a fervent worshiper at the altar of American breakfast cuisine. Whatever the time of day, whatever mood I'm in, cheesy omelets, fluffy pancakes and the porcine trinity of bacon, sausage and ham are endlessly enjoyable. That being said, I've become a bit enamored with the breakfast traditions commonplace across Asia—warm rice soup with chicken is strangely satisfying first thing in the morning. Lucky for us, Fav Bistro (1984 E. Murray Holladay Road, 801-676-9300, asooksri.com) has assembled a few classic dishes to serve during their brunch hours, and their fusion-centric lunch and dinner menus offer a plethora of great flavors to be explored.

Fav Bistro opened in 2017 and is the most recent addition to the A-Sooksri Restaurant Group. Owned and operated by Salt Lake's Anny Sooksri, a native of Thailand who now calls Salt Lake home, the bistro provides a sophisticated interpretation of Sooksri's home country's street food. It's a love you can taste in everything on the menu—in addition to the food's gorgeous presentation, the flavors are colored with warm, quiet undertones of affection.

While there's not really a bad time to visit, breakfast or brunch is best. In addition to Thai-influenced options like khao tom ($7), a rich rice soup served with chicken, egg and ginger, and the Singaporean khao mun gai ($10), which is a steamed chicken and rice dish served with a killer ginger sauce, you can get American classics—a monumental dish called The Stack ($13), for example, is a triple decker monolith to the breakfast gods. The dual menu makes Fav Bistro ideal for a wide variety of eaters—those who might not be interested in exploring the head-clearing magic of a ginger-infused chicken-and-rice soup can still get their morning jolt from a cocktail of bacon and eggs.

It's hard to put my finger on the magic of slurping up a big bowl of chicken, rice and broth as the first meal of the day. The process baptizes the senses in a heady mix of savory flavors and has a way of scrubbing away the remnants of the night before—which is also a handy trick if you're in need of something to chase away a nasty hangover.

As any good breakfast menu is incomplete without something for the sweet tooth, Fav's Thai coconut pancake ($7) is a worthy entrant into the pancake hall of fame. It's pleasantly huge and is cooked with coconut flakes inside the batter. There's also a super thin, sugary crust on the outer layer, which is a subtle but effective textural nod to the Belgian waffle. Instead of maple syrup, it comes with a cup of coconut cream for your drizzling pleasure. It's a pancake that hits all the right notes, and the coconut flavor adds something slightly exotic to the mix.

Just because the place offers up some of the finest nontraditional and traditional breakfast options in town doesn't mean they've let the rest of their menu stagnate. Whether you're there for lunch or dinner, starting things off with a crispy noodle wrap ($12) is a fine way to prime the senses. It's a riff on lettuce wraps that doubles down on the crunch factor. Instead of a ground meat or tofu mixture, the filling consists of crispy noodles, bean sprouts and crushed peanuts, the sum of which is an extremely fun to eat flavor-packed appetizer.

All the famous Thai curries are present, but I decided to try their yellow curry with chicken ($13). You can tell a lot about a Thai place from the way they treat the mildest member of its arsenal. Yellow curry is always good, but its mild flavor tends to run on the bland side. Here, it's prepared with all the familiar flavors, but there's a smoky overlay that punches things up and sets it apart from other curries around town. I also thought the cooked tomato was a nice touch—it complemented a dish that tends to favor starchy veggies like potatoes and carrots.

The dish that originally put Fav Bistro on my radar was their steak massaman poutine ($21). When I originally heard about it, I thought it must be some kind of joke—no one could have reached inside my head and combined two of my most beloved dishes so deliberately. Sure enough, it's right there on their dinner menu—and it's fantastic. Since poutine is essentially a pile of meat, fries and gravy, it definitely lends itself to a curry-based approach. The superb, creamy massaman at Fav gets layered on top of sliced flat iron steak and thick-cut French fries, imparting its smoky, peanut-flavored sauce to the whole plate.

After trying a few of the several creative experiments on the dinner menu, I'm looking forward to seeing what else Fav has up its sleeve.