The A-Team, Curb Your Enthusiasm, From Paris With Love, Nip/Tuck, Z-Rock

The A-Team: The Complete Series
A 25-disc set in a van-shaped box! Just in time to coincide with the new A-Team movie! All five seasons from the show’s 1983-87 NBC run—two of which don’t completely suck, which is really all you could ask from NBC in the ’80s. (NBC Universal) 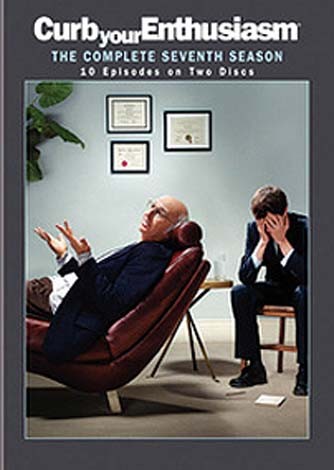 Nip/Tuck: Season 6
The once-groundbreaking/shocking/etc. FX series probably should have ended a couple of years earlier, but the sixth and final season of Nip/Tuck showed some flashes of its old sexy self—until the feel-good finale ep. Skip that. (Warner Bros.)

Z-Rock: Season 2
That quote on the box, “More hysterically profane than anything on HBO or Showtime”? That’s mine! Too bad IFC just canceled Z-Rock, the comedy about a rock trio (NYC’s Z02) who daylight as a kids’ party band—but, I stand by the quote. (IFC)