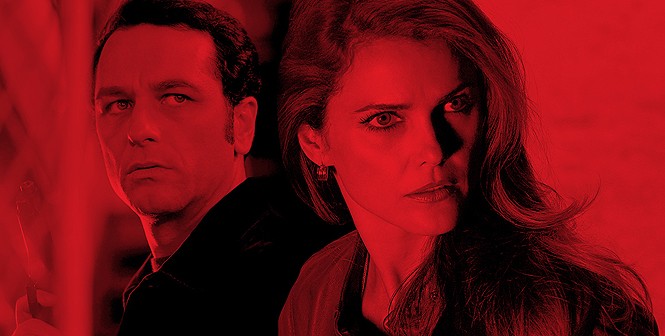 
Covert KGB operatives Elizabeth and Philip Jennings (Keri Russell and Matthew Rhys) are in deeper than ever as the Cold War escalates, alliances are tested and '80s wig technology fails to keep pace. Soundtrack available on cassette. (Fox)


The Bluth family is back, if not necessarily all on screen at the same time in the 2013 Netflix comeback season that had critics raving "Well, it's better than no new season, right?" Right, and it's still funnier than any other TV comedy. (Fox)


Tourists in Bangkok are turning up beheaded after visiting a sex website, so of course traveler Allie (Tammin Sursok) jumps right in and meets up with some guys who run a sex website. You'll never not use Chatroulette the same way again. (IFC)


Micheal Bay further plunders your childhood with the reboot that pairs four super-turtles with a $125 million budget, no story and the thespian talents of Megan Fox—and it's still better than the '90s originals. Can't wait for the sequel! (Paramount)

This is Where I Leave You