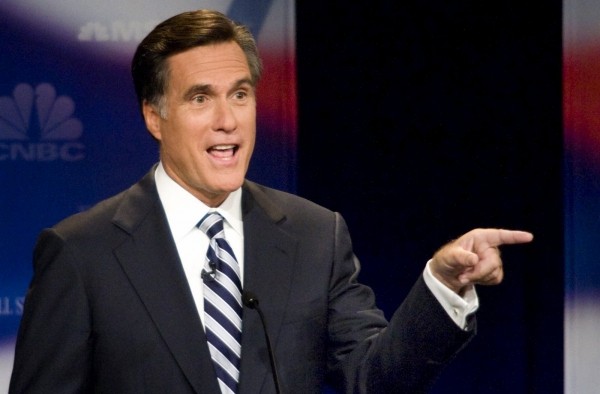 When presidential contender Rick Santorum bowed out of the GOP White House race April 10, it cleared the way for Mitt Romney’s all-but-inevitable nomination. Members of The Church of Jesus Christ of Latter-day Saints will for the first time see one of the faithful nominated for president by a major political party.


But while the faithful rejoice, so do the church critics, whose cries of hosanna may be just as loud as LDS members’. For them, Romney’s nomination is an opportunity for the nation to finally pick up on their rebuke of the church’s beliefs and practices, as a wider liberal audience narrows its scrutiny of Romney as the ultimate challenger to Barack Obama in the presidential fall election.


And the LDS Church is bracing itself for scrutiny. Voters across the country are looking to the Internet for answers, which is cause for concern for the church, especially since late 2011, when Reuters news services published an unscripted, audio-recorded talk Elder Marlin Jensen gave to a religious-studies class at Utah State University. In the candid conversation, Jensen—who is a General Authority, in the church’s First Quorum of the Seventy—acknowledged that people were leaving the church en masse, and that since the church’s early history, “We’ve never had a period of—I’ll call it apostasy—like we’re having now.”


Critics say the uncomfortable doctrines of the LDS Church are often what scare members away, and it’s that information they want to get out to the general public.


“I am concerned that most journalists don’t know that much about Mormonism,” says Richard Packham, a spokesman for the ExMormon Foundation, which holds annual conferences for those who have left the LDS flock. He says that in the past few months, he’s been receiving frequent calls from international journalists asking about the church. Packham, in turn, has provided them with his testimony of the Mormon problem.


“First of all, they go to the Mormon church, and the public-relations [staff] give them a sweet, sugary story about how nice it is and how wonderful the church is—and it’s deceptive.” He sees church PR efforts of the past few years as being carefully orchestrated to prepare for this moment of public attention.


“It isn’t coincidental that the church has got this ‘I Am a Mormon’ campaign going and that they are urging members to get on the Internet and spread their testimony,” Packham says of an ad campaign that features videos of members introducing themselves as Mormons. The campaign has featured average Mormons and more well-known Mormons, including Brandon Flowers, lead singer of The Killers.


In 2011, the church hired tech guru and entrepreneur Jesse Stay as a social-media strategist. By May 2011, Stay had helped the LDS Church claim Facebook’s No. 1 ranking for churches and religious organizations—a ranking the church has held as of this issue’s press date, having 587,776 “likes.”


Packham, whose organization runs ExMormon.org, which hosts forums for disaffected former church members and other critics, hopes the uncomfortable questions the site has posed over the years will now emerge in the national discourse, thanks to the presidential election.


Packham has even developed questions he offers to reporters to grill Romney about his faith. He suggests asking Romney whether, if the church no longer believes in polygamy, it believes the polygamist wives of church founders still join them in the afterlife.


“Reporters don’t have the sense to ask: ‘Well, Brigham Young was sealed to about 50 wives, do you believe they are with him now in the Celestial Kingdom?’ ” Packham says.


John Dehlin, while a member of the LDS Church,* has for years sought to offer a resource to questioning members that strikes a balance between sites with clear axes to grind and staunch LDS Church apologists.


“I’m talking with reporters from The New York Times, The Wall Street Journal, CNN, CBS—and they don’t know where to get [LDS] interpretations and perspectives from, because so often the church PR just won’t engage with them,” Dehlin says.


His nonprofit Open Stories Foundation features a podcast where he hosts pro and con speakers to talk about hot topics of LDS interest. He says in the past year, his podcasts have more than doubled their downloads, now averaging 25,000 to 35,000 downloads. He hopes sites like his can offer media and other members of the public a neutral LDS resource. As for the impact of dissenting Mormon resources, Dehlin believes more stories are going to come out about the church.


“A lot of reporters have told me they were waiting for Romney to clinch the nomination before they started putting stories out,” Dehlin says. “I think a lot of that stuff is going to be hitting now.”


But others are doubtful. Fred Karger, a former Ronald Reagan staffer and the only gay Republican presidential candidate, has been largely self-financing a costly campaign (he’d spent more than $400,000 as of the end of 2011) aimed largely at sticking it to Romney about his loyalty to the church and the LDS Church’s involvement in campaigning for 2008’s Proposition 8 to repeal same-sex marriage in California.


“I brought up some of my concerns, and they usually land with a thud,” Karger says. “There is a very hesitant feeling from all circles to bring that issue up.”


University of Utah political-science professor Matthew Burbank also doubts anti-Mormon lines of enquiry will tangle up the GOP candidate. Burbank likens church critics assailing Romney to the “birther” movement that tried to discredit Obama’s candidacy in the 2008 election by suggesting he was born in Africa instead of the United States.


Burbank doesn’t see the religious-obedience question resonating with the general public the way financial or sex scandals do. “It’s unlikely at the campaign level that that’s going to be a big issue,” Burbank says.


But even if a difference isn’t felt on Election Day, for Packham, the opportunity is a vital one for Americans—Mormons and non-Mormons—to ask harder questions about the LDS faith; the kind of questions he wishes he would have asked himself earlier in life. Packham, 79, spent the first 25 years of his life as a devout Mormon, having served a mission and been married in the temple. He didn’t scrutinize his own faith until later in his life.


Though his falling away resulted in him separating from his wife of eight years and their three children, he doesn’t regret the questions he’s asked and hopes more will do the same.


“I expect the church leaders aren’t too happy about the [publicity] they’re getting,” Packham says. “They’re concerned about what they call ‘misinformation,’ which is their code word for the unpleasant truths about Mormonism—but it’s got to come out.”

*A previous version of this article, which appeared in print, incorrectly stated Dehlin's affiliation with the LDS Church.