The Bad, Worse and Truly Evil

Ethical lapses dominate a session in which the little guy really got screwed.

It’s ironic that the two men tasked with sponsoring, defending and ultimately passing ethics reform legislation this session were each caught in salacious scandals that question their own ethics—albeit outside the august body of the Legislature. One failed a Breathalyzer test after being caught by police while driving around with a lobbyist after drinking while watching a hard rock tribute band in a Salt Lake City nightclub. The other champion, it was revealed on the final day of the session, had a sex scandal involving a 15-year-old female.

And that sex scandal? When House Majority Leader Kevin Garn, R-Layton, admitted it on the House floor after adjournment March 11, his fellow representatives gave him a standing ovation—for his “service.” It also came to light that, at the very least, both major daily newspapers knew about the allegations in 2002, but neither reported it. The Deseret News even had a story written after Garn discussed it with editors at the paper, but ended up never running it.

Lost amidst the scandals, however, was the significant budget deficit that ended up balanced, in part because the “no tax increase” vow by Gov. Gary Herbert and many legislators was ignored to hang an increased tax on tobacco. Alongside the expected arguments about health and smoking prevention, the tax was promoted as a way to spare serious cuts to the education and law enforcement budgets. With so little of the projected $43 million tobacco tax revenue going to smoking-cessation programs, one wonders whether legislators analyzed the ethics behind profiting from a deadly and addictive substance. 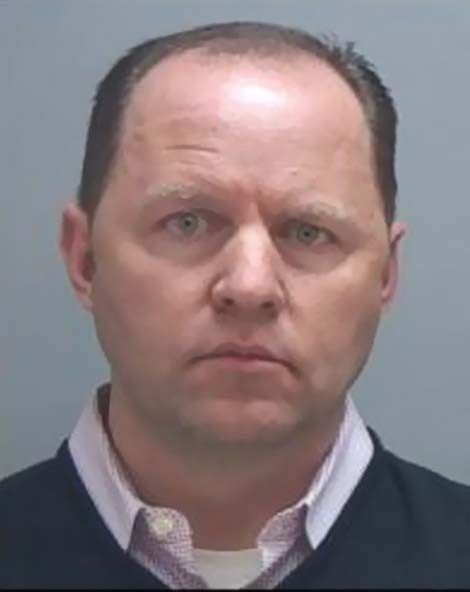 On Jan. 15, only days before the session began, Sheldon Killpack (pictured at left), a Syracuse Republican and then-Senate Majority Leader, was arrested in Salt Lake City by the Utah Highway Patrol for driving under the influence of alcohol. Killpack, a member of The Church of Jesus Christ of Latter-day Saints— which frowns upon alcohol— lost his father to a drunken driver when he was just a child. He had also sponsored legislation in previous sessions that tightened DUI enforcement.


It didn’t help Killpack’s reputation that he was driving with former Rep. Mark Walker, who had attended a political fundraiser with Killpack before the two of them (at least) went to Liquid Joe’s to watch Metal Gods. Walker pleaded guilty in 2008 to misdemeanor elections-code violations stemming from a bribery scandal. Rather than disappear entirely after his own scandal, Walker did what any resourceful but ethically compromised legislator might do: He became a corporate lobbyist.

Killpack resigned his position almost immediately after his arrest. Some urged him to stay in the Legislature, arguing that while a DUI is definitely a bad act, it’s a mistake many have made but would never make again.

If DUIs are bad, getting naked with a 15-year-old may be even worse. That’s what Garn, the second-string ethics champion, admitted to on the last day of the session. Knowing his accuser was discussing the story with City Weekly and others during the final week of the session, Garn announced from the House floor that in 1985, when he was 30, he once hot-tubbed naked with an also-naked 15-year-old female. He denied that there was any physical contact between the two of them—his accuser, Cheryl Maher (pictured at left), says he’s lying about that. In 2003, he paid Maher $150,000 to continue to keep mum about the sex-crime secrets she held.

Garn left the Legislature in 2002 and ran for the U.S.

House of Representatives, a race he lost in the primary. He was re-elected to the Legislature in 2006. Despite the allegations by Maher in 2002 that were investigated by The Salt Lake Tribune and Deseret News, the incident was never brought to light by any media outlet until Garn’s admission.

The Truly Evil: Balancing Pack
The Legislature plugged budget gaps with revenue derived from smokers, a group comprised of less than 10 percent of the state’s population. Worse still, this is the second year in a row the Legislature has proposed exploiting addicts for money. While they reason that any price increase results in reduced use—and surely it may, to an extent— their true motivation is apparent because of their measly funding for formal cessation programs.

In 2009, a bill that would have robbed $4 million per year from state-sponsored tobacco cessation programs— later amended to $2.5 million—nearly went to the governor for a signature, but died in the waning moments of the 2009 session due more to procedure than opposition. Utah already spends only about $8 million per year on cessation programs, while the Centers for Disease Control and Prevention recommends at least $23.6 million per year. That should be easy to do, since the state will earn almost $100 million from tobacco taxes in 2010 and that’s before the new $1 per pack of cigarettes tax kicks in, which is expected to bring in another $43 million. But if the state helps smokers to actually quit, there goes the revenue. Maybe it’s better to let them smoke, pay taxes and die, as roughly 1,100 Utah smokers do each year.