Get tipsy to these 10 songs about beer.
By Nick McGregor

Drinking songs date back to at least the 13th century, when the German manuscript Carmina Burana included a medieval drinking tune that began, "In the boozer/ You're a loser." Since then, odes to alcohol have been penned by artists across all genres, all geographies and all socioeconomic levels. But it's the beer ballads that really resonate with those of us in the brew crew—songs about drinking beer, looking for beer and lamenting the effects it has on our love lives and our livers. In honor of City Weekly's annual Beer Issue and forthcoming 10th annual Utah Beer Festival, we collected our favorite songs about beer from across the last 75 years or so. 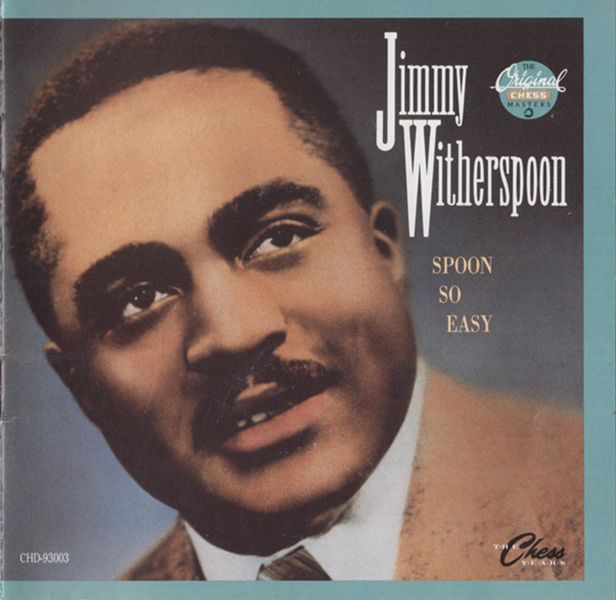 Jimmy Witherspoon, "Drinkin' Beer (Havin' a Ball)"
It's criminally underappreciated, but this 1950 deep cut might just be the best song about beer ever written. Our man imbibes at all hours: "Yes, early in the mornin'/ Yes, in the afternoon/ Yes, in the evenin'"—"even till the rooster crows at dawnin'." Even better is Witherspoon's pre-craft beer breakdown of the endless varieties of beer: "Now lite beer is real beer/ Dark beer's real gone too/ You drink too much ale, you get put in jail/ So I think I'll stick to home brew/ Drinking in the mornin', had a little stout/ A little stout'll make you poke way out." We're not sure about the science behind that, but it sure makes us laugh every time we hear it.

Flaco Jiménez, "En El Cielo No Hay Cerveza"
A staple of polka bands far and wide, this weepy exhortation to imbibing while still on earth was first written for a German film (figures) in 1956. Warped and molded over the decades by concertinas, trumpets and clarinets, it might have reached its artistic apex in 2003, when acclaimed accordionist and conjunto legend Flaco Jiménez gave it a Tejano spin. Even better, Jiménez gave it the trilingual treatment, singing the famous verse—"In heaven there is no beer/ That's why we drink it here/ And when we're gone from here/ All my friends will be drinking all the beer"—in English, Spanish and German. 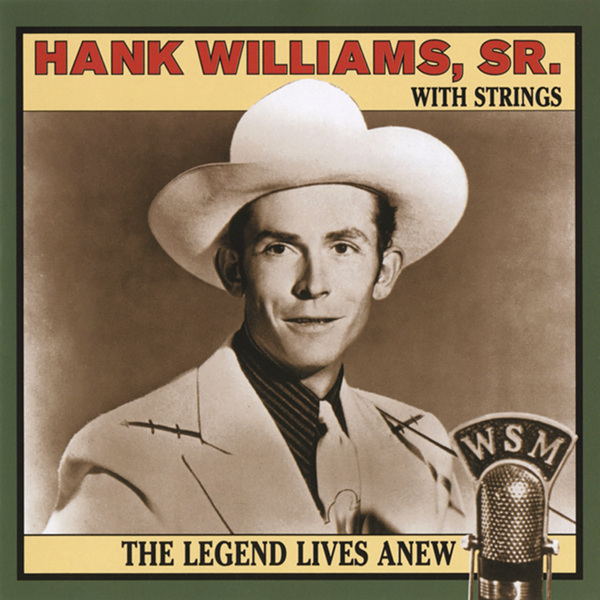 Hank Williams Sr., "There's a Tear in My Beer"
The country song about beer that laid the template for all other country songs about beer, this 1950 heartbreaker finds ol' Hank in quite a pickle: "I'm gonna keep drinkin'/ Until I'm petrified," "I'm gonna keep drinkin'/ Till I can't move a toe," and "I'm gonna keep drinkin'/ Till I can't even think." Why's our man with the nasally hillbilly whine so blue? "There's a tear in my beer/ 'Cause I'm crying for you, dear/ Into these last nine beers/ I have shed a million tears." Three years later, Hank Sr. died in the back of his Cadillac limousine, surrounded, unsurprisingly, by empty beer cars. And in 1989, his son, Hank Jr., revived dad's old demo, adding his youthful voice in duet to lay the blueprint for modern music's posthumous tribute. 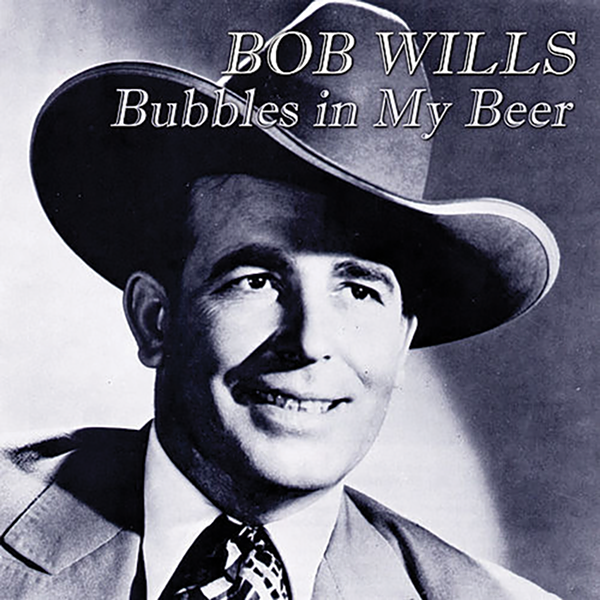 Bob Wills, "Bubbles in My Beer"
But wait! The king of Western swing wrote this jaunty number in 1947, and in the tight-knit circle of post-war country performer, surely Hank Williams Sr. heard it a time or two. But we say the more the merrier—when it comes to beer itself and songs about beer. And shoot, wouldn't you rather have bubbles in your beer than tears? Wills went a little deeper than Williams with his lyrics, too, starting off with, "Tonight in a bar alone I'm sitting/ Apart from the laughter and the cheers/ While scenes from the past rise before me/ Just watchin' the bubbles in my beer." His "Life's been a failure," his road is "Paved with heartaches and tears," and he's "Seeing the past that I've wasted/ While watchin' the bubbles in my beer." Consider it an early example of reverse psychology—now get out of the bar and start living! 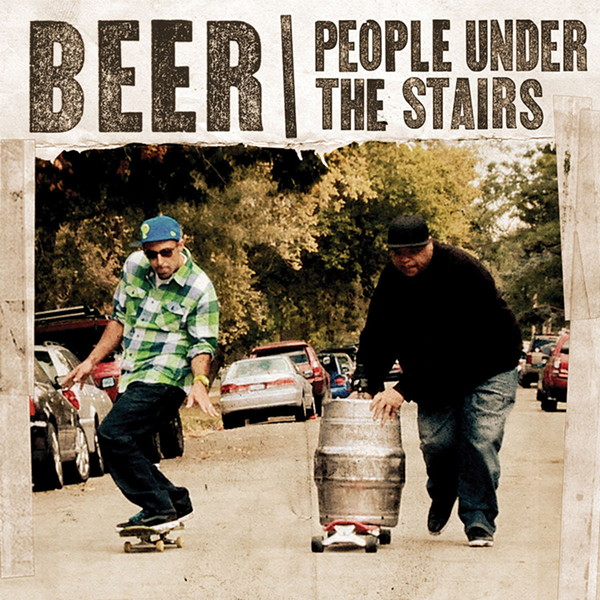 People Under the Stairs, "Beer"
Don't think beer songs are only a country and blues trope. Hip-hop has long celebrated a laundry list of intoxicating beverages, from St. Ides to Hennessy to vodka and milk. But this Southern California rap duo kept it simple, stupid, on this 2009 banger, which seems to have been written strictly for a house party the kids would now describe as "lit." And give Thes One and Double K credit for working early digs at social media into their rhymes: "To my liver and my kidneys, your time is near/ You like hangin' on Twitter/ And we like beer." Chalk that up to the first prescient takedown of the platform we all love to hate and hate to love.

Tom Waits, "Warm Beer Cold Women"
Our favorite froggy-voiced folk troubadour penned this noir-drenched gem in 1975, revealing the dark underbelly of big-city life in his favorite "last ditch attempt saloon." Waits accepts his plight—"Warm beer and cold women/ I just don't fit in/ Every joint I stumbled into tonight/ That's just how it's been"—while keeping his distance from "All these double knit strangers with/ Gin and vermouth/ And recycled stories/ In the naugahyde booths." (Extra points for that lip-smacking rhyme scheme.) Waits even reveals his love of classic country, locking eyes with the band in the dive as they play forgotten hits by Tammy Wynette and Johnnie Barnett. But guess what? Tonight, Waits croons, "I'll be drinking to forget you." 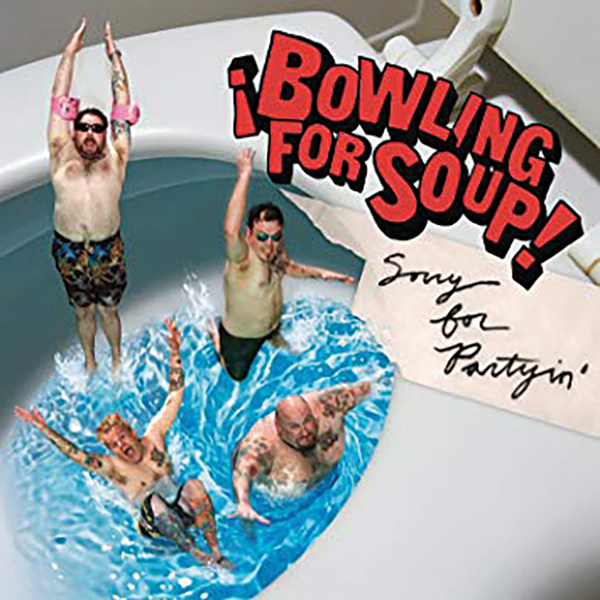 Bowling for Soup, "Hooray for Beer"
Finally, a song celebrating beer for its pick-me-up purposes, not just its blackout-inducing properties. Pop-punk specialists Bowling for Soup named their whole 2009 album Sorry for Partyin', but "Hooray for Beer" makes no apologies about its unabashed love: "Hooray for beer!/ I'm really glad you're here/ Let's make this moment last / You feel so right/ Wanna be with you all night." At least the boys acknowledge the fact that, "Sometimes when I wake/ You seem like a mistake/ My stomach's turning circles/ My head is pounding." But, come 5 o'clock, "You say it's time to rock/ And I can't resist/ I gotta be around you." Dependency? Check. Thinly veiled alcoholism? Check. But celebration, too? Check, check, check!

"One Beer" by MF Doom
Unlike the previous rap song on the list, this boom-bap banger by British MC Daniel "MF Doom" Dumile provides ear candy for underground hip-hop heads. Famous for hiding his identity behind a superhero's silver mask, MF Doom proceeds to scorch sucker MCs by (spoiler) getting them drunk: "There is only one beer left/ Rappers screaming all in our ears like we're deaf/ Tempt me, do a number on the label/ Eat up all their MCs and drink 'em under the table." Those are just four lines of a free-form 60 or so, with MF Doom also talking Teletubbies, derrieres, robberies and more. Oh, and he's got no use for your bubbly: "I get no kick from Champagne/ Their alcohol doesn't thrill me at all/ So tell me why shouldn't it be true?/ I get a kick out of brew." 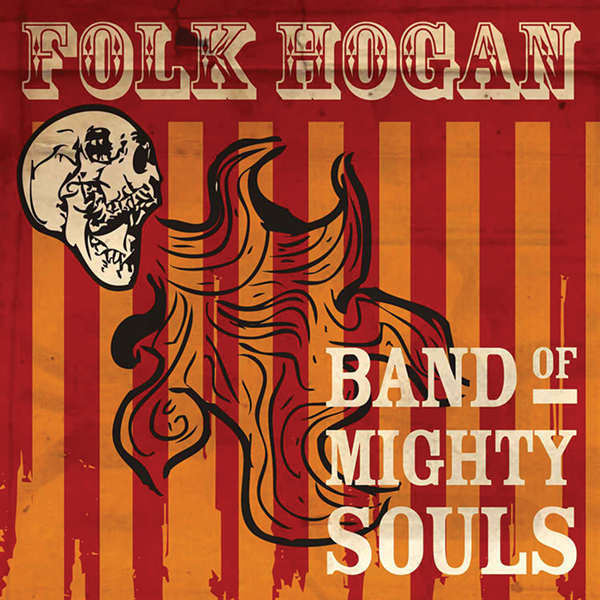 "March of the Drunkards" and "I'm Still Drunk" by Folk Hogan
We're cheating a bit here by including two songs by local hellraisers Folk Hogan. But what's beautiful about these two standouts from the band's 2012 album Band of Mighty Souls is that one tracks the joy of a night on the town while the other shines a harsh light on the consequences that follow the next morning. "March of the Drunkards" doesn't discriminate, lifting hosannas to whiskey, rum and rye. But you can really feel the love on the verse that reads, "We illuminate like fire/ Bring the whole damn bar to its knees/ Each a keg of beer we require/ With a thirst so great, it's bigger than the seas." Meanwhile, a few hours later, "It seems the dawn has come/ Before the hangover has kicked in/ Well never fear, just have a beer/ 'Cause I'm still drunk." Words of wisdom, friends—words of wisdom. 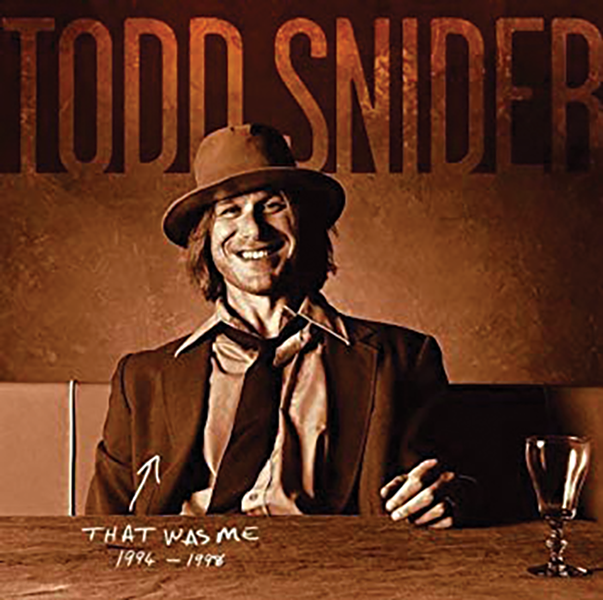 "Beer Run" by Todd Snider
The best beer songs mix wide-eyed reverence for the frothy beverage with snide sarcasm about its inebriating allure. And slacker-folk icon Todd Snider hit the nail on the head with this 2002 ditty, which follows "A couple of frat guys from Abilene/ [Who] drove out all night to see Robert Earl Keen." A modern version of the classic talking blues, which tell a ribald story with humor and hubris, Snider keeps spirits high by injecting the sing-along/spell-along chorus often: "B double E double R UN/ All we need is a ten and a fiver/ A car and a key and a sober driver." The boys might get a fake ID confiscated, but they still manage to score their brewskis and savor their night: "They were feelin' so good it shoulda been a crime/ The crowd was cool and the band was prime/ They made it back up front to their seats just in time/ To sing with all their friends/ 'The road goes on forever and the party never ends.'" 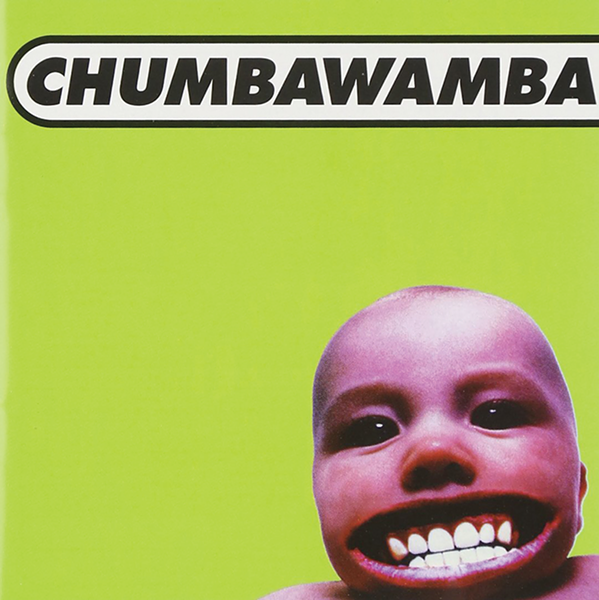 BONUS: "Tubthumping" by Chumbawumba
How on God's green earth could we not include this 1997 earworm? Love it or hate it, you know you're gonna sing along when vocalist Dunstan Bruce launches into the line "He drinks a whiskey drink/ He drinks a vodka drink/ He drinks a lager drink/ He drinks a cider drink." Written to commemorate the strength of the ordinary people that gathered at Chumbawumba's Leeds local, Fforde Grene, the payoff comes when the subject (and, really, everyone) "Drinks a song to remind him of the good times" and "Drinks a song to remind him of the bad times." We all get knocked down, but it's how often we get up again—and we don't let anybody hold us down—that really matters.

And to that, we say cheers to all the great beer songs written down through the years.