How teaming up with the competition can be good for the beer biz.
By Mike Riedel 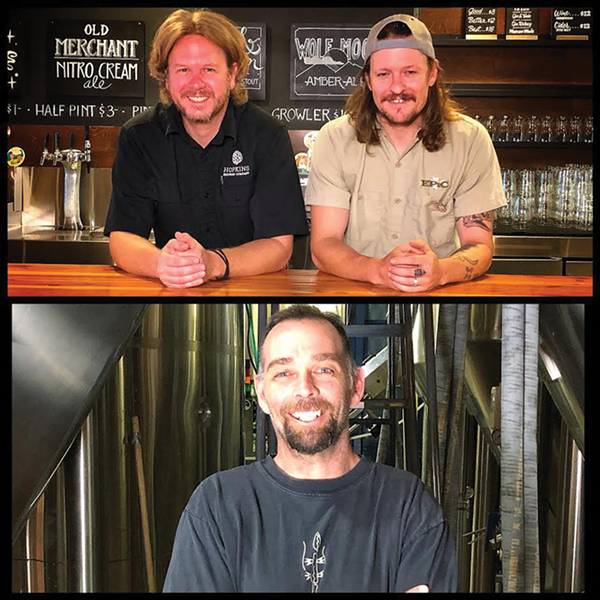 Over the past 14 years, I've spent a good chunk of time working the Utah beer beat. During that time, there've been a lot of changes—some good, some bad—but the one thing that's been constant is the sense of community that exists among local brewers. I'm not out here saying Utah's beer culture is unique in its brotherly and sisterly love for craft beer. But let's face it, we operate under a whole different set of alcohol rules here, and those unique hurdles can naturally bring people together in unexpected, familiar ways. Nowhere else do you see brewers dumb down centuries-old beer styles just to keep thirsty customers satisfied. Another odd situation is that, at one time or another, many Utah brewers have worked for a competing brewery or have coworkers who've come from breweries across town. This creates a tight kinship that just adds to a harmonious beer culture.

Toward the end of last year, an odd situation arose where Epic Brewing Co. was having difficulty maintaining their Sugar House brewpub. Utah's largest locally owned brewery was kicking ass in the beer game, but was having a hard time finding focus at their brick-and-mortar Sugar House location. "The Salt Lake City and Denver breweries were taking up most of our attention and resources," says Jordan Schupbach, Epic's head of brewing and operations. As luck would have it, Chad Hopkins, a local home brewer, was looking to up his game. "It was pretty much always our dream to have a brewpub in Sugar House," Hopkins says. "When the opportunity came up to manage this property instead of building [one] from the ground up—that was huge." Huge sounds about right, as the neighborhood continues to boom. "We probably couldn't have pulled it off if [otherwise]," Hopkins notes. "Taking over the lease saved us a lot of money for sure." Along with rent being paid and careers being forged, partnerships were also solidified at the new Hopkins Brewing Co. "Epic wants to see Hopkins succeed." Schupbach says. "We've seen how they operate, and we know that the place is in excellent hands.''

In South Salt Lake, a similar situation is brewing. Earlier this year, Park City Brewery lost its lease in Kimball Junction and needed a new location tout suite. If you're familiar with the area, you know that real estate and rent in that part of Summit County is, for lack of a better term, outrageous. "If anybody understands the headaches of beer and real estate it's me," Trent Farger, Shades Brewing owner says. " I knew exactly what the Park City guys were going through, and I wanted to help." Shades' original location was in the heart of Park City, but growth and rent had driven them to South Salt Lake. "We had the space, and a large enough brew system that could handle both operations," Farger says. "I'm glad they took us up on it." If you go into Shades, it's obvious there's a lot going on. In one corner, you see cans of PC beer being filled, while pallets of Shades' suds roll on by. "It's funny how understanding and perspective brought all of this together," Farger chuckles. "I'd hate to see the Park City guys go under over a raw deal. It sure is different, but I'm glad they're around."

While it might seem these two symbiotic relationships are merely business-oriented, there's no denying they're also a testament to the camaraderie of breweries in the Beehive. Cheers to sudsy collabs!