The Book of Mormon Girl 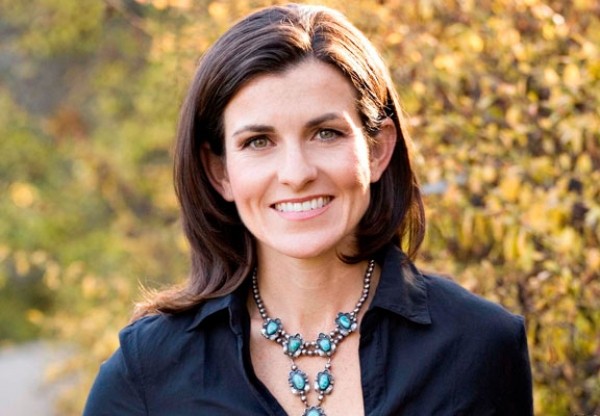 Joanna Brooks was raised in The Church of Jesus Christ of Latter-day Saints in California, but found feminism when she attended Brigham Young University in the 1990s. After the church excommunicated six feminists, Brooks struggled with her place in the church but never stopped feeling like a Mormon. Now, she’s a national religion columnist and helps members and nonmembers alike who are grappling with tough questions about the church on AskMormonGirl.com and Twitter.com/AskMormonGirl. She’ll be reading and signing from her memoir, The Book of Mormon Girl, at Weller Book Works (605 E. 500 South, WellerBookWorks.com) on Thursday, Aug. 23, at 7 p.m. See the end of the article for Brooks' recent appearance on The Daily Show.

Why do you stay in the church?

Mormon is who I am. It’s the language I pray in, my spiritual home. Church is one place I practice my Mormonism. But it’s not the only place.

Do you still fear excommunication?

Do you feel like you have more power to push for change from inside the church rather than from without?

I don’t think of myself as “inside” or “outside” the LDS Church. I’m a Mormon. Mormon to the core. Nothing is going to change that. And my story is one about loving the faith but also crashing into its hard parts. It’s the most human experience in the world—coming of age, and finding out everything isn’t hunky-dory, isn’t as you imagined when you were a kid. I’d like to see that process of searching and wrestling become less of a taboo subject in the world of Mormonism.

For so long, the loudest voices dominating the conversation about Mormonism have been “all or nothing” voices. There are extremely orthodox voices who are quick to criticize and blame, and there are extremely strong ex-Mormon voices who think everyone who continues to identify with Mormonism is nuts. There are extremely conservative voices who assert that nothing in LDS life should be questioned because it’s all exactly as God intended, and there are extremely radical voices who insist that the entire faith tradition is a fraud and an abuse. I take a long view. Mormons are a people working out our business, just like any other people on the face of the Earth. From my perspective, Mormonism has its issues—making our faith a safer place for LGBT people, worrying less about rigid gender roles and more about knowledge and service, assessing the value we place on wealth—but I also find goodness and beauty in the faith.

You hid your dissatisfaction with the church from your family for a long time. Is it something you feel is important to talk about, or is it more effectual to preserve family unity and simply discuss safer topics?

It is still very difficult for most of us to talk openly with our families when we have questions about the faith. I know many, many people who have faced terrible rejection, including the dissolution of marriages and family ties. The weight of pressure can be very great on those who walk an unorthodox path. Orthodox family members suffer too with their own feelings of rejection and failure when a member of the family questions. I hate all the silences and estrangements in the Mormon community. Some of the happiest mail I’ve gotten about the book is from very active LDS parents who have inactive kids who said they read the book to help them understand. I told my story. I hope it will create just a little more space in the world of Mormonism for others to tell theirs. We Mormons—most of us—are a sentimental lot, and we really don’t like to be estranged from one another.

I interviewed a questioning Mormon who mentioned that church members often dismiss the viewpoints of former/questioning members, treating them as though they’ve developed amnesia and have forgotten/deeply misunderstood church doctrine, or as if they never had a testimony at all. Is this something you’ve experienced?

Yes, I have. But most questioning and former members I know care very, very deeply about core values like truth and responsibility that they learned from the Mormon faith, and they understand the doctrine and history just as well as more orthodox members. Better even, sometimes.

Do you think the LDS Church’s “I’m a Mormon” campaign—we’re quirky, we’re in rock bands, we’re just like you—speaks to a shift within the church to accommodate a more diverse group, or is it just a marketing campaign?

In The Book of Mormon Girl, I talk about Marie Osmond being my Mormon role model when I was a kid. I studied the Marie Osmond Guide to Beauty, Health & Style to figure out how to engineer my perfect lip-glossed, blown-dry grown Mormon self into being. But there’s this moment in the book when I get to BYU and see all of these perfect lip-glossed blonde Mormon girls—and that is so not me. I think American culture in general is becoming more embracing of the quirky and imperfect. And Mormonism has always been home to more freaks and geeks than we admit. The more diverse Mormon faces out there, the better. I attend a pretty diverse and relaxed LDS ward—I visit teach a woman with a faux hawk. But so many people do tell me that in their congregations, they encounter a lot of narrowness and pressure to conform, and some are profoundly discouraged by the reticence of the church to deal directly with lingering racial prejudices and its historic involvement in anti-same-sex marriage politics. I know active Mormons who are afraid to admit they are Democrats, for crying out loud. Where does that fear come from? What good does that do anyone? When we find as many diverse perspectives comfortably sitting in our pews as we have diverse faces on our commercials, then we’ll have something to celebrate.

The church has backed off of excommunicating feminists for being feminists, but there still seems to be a fear of feminism within the church. I hear Mormon women espousing feminist views with a preface of, “I’m not a feminist, but …” What do you say to women in the church who fear feminists or fear being labeled as one?

I think young Mormon women are like young women everywhere—lots of young women who are feminist in their outlook are so sheepish about claiming the name. But if you like to vote, attend college and have the power to make informed choices about your life—you are, in fact, a feminist. We have all benefited tremendously from the work done by generations of feminists on everything from opening high school and college athletics to women to fighting for equal pay and access to contraception and woman-friendly health care. Feminism means believing that screwed-up thinking about gender is keeping women and men, boys and girls from achieving the happiest, healthiest lives possible, and being committed to changing that thinking.

It seems that Mormons differ so widely on so many topics, from what makes gay people gay and how gay people should be treated, to how old the Earth is, to whether there’s a Heavenly Mother. Do you think all of this conflicting information adds to the perceived “weirdness” of the church and its members?

There are clearly some outmoded doctrines that need to be dismantled—racist folk doctrine, for sure, and I’d also like to see the idea of eternal polygamy be addressed definitively, because it haunts so many women and men. But otherwise, I think there is strength in our so-called “weirdness.” It’s the legacy of our difference and our creativity and courage to imagine new ways of relating to God. Despite all the efforts to correlate LDS doctrine and manuals and organizations by the church, Mormonism to me is the story of all the people who have lived it. We live it in a million different ways. That difference gives the tradition its vigor.

Where do you see the LDS Church 100 years from now? A thousand?

In the book, I dream out loud of a Mormonism big enough for all of us. I imagine a big Pioneer Day dinner table set with a thousand Crock-Pots and pans of funeral potatoes, enough for everyone who wants to eat to sit down and eat. That’s a long way off. But a girl can dream.

You raised a point in your book comparing the 82 million spent on Prop 8 with how that money could have been spent on life-saving treatment for children. What do you think about the recent Chick-fil-A support day? (It was huge in Utah, especially among Mormons.)

I’m sure it was. I just can’t help but see the Chick-fil-A event through the eyes of a 14-year-old Mormon girl in Sandy who is attracted to girls and can’t tell anyone. All the neighbors are lining up to eat chicken sandwiches to support not supporting gay people? Ouch. And just imagine if all that people power were put in the service of improving funding for public education!