Still punk after all these (25) years 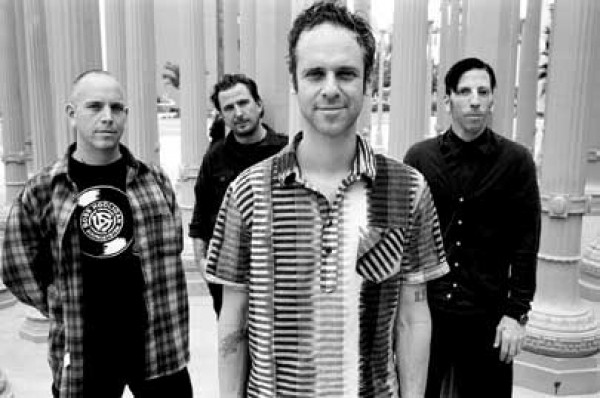 The Bouncing Souls have seen pretty much everything that the music industry has to offer—both good and bad. In their new song, “Comet,” they look back to the beginning of their career, noticing: “We’re no longer asking why, as we start to realize/ Change, it’s just a part of life.”

Just as the five members have progressed and regressed over their nearly 25 years, so has their sound. For their ninth studio album, also called Comet, they’ve gone back to the spirit of their first few albums, such as The Good, the Bad & the Argyle or Maniacal Laughter—no filler, no crap, just simple blood-and-guts punk rock.

“This time we [went] back really old school [with writing these songs]—just us in a room, in a short amount of time,” says lead singer Greg Attonito. “[Comet] was just so simple, and we really put energy into it and didn’t overthink it.”

The album consists of 10 songs backed by a tour that distinguishes itself from The Bouncing Souls’ previous shows and tours; however, Attonito won’t say how the tour in support of Comet is different, wanting to create a surprise.

Comet’s tracks range from the fast-paced, defiant “Baptized” to the bittersweet, reflective “Ship in a Bottle.” While songs like “Ship in a Bottle” and “Comet” show a growth in The Bouncing Souls’ music, other songs like “We Love Fun” and “Coin Toss Girl” reveal that they can still be the same immature boys from New Brunswick. Yet each song seems to be a dichotomous blend of nostalgia for the past and excitement for the future.

There is the same energy of their early-career tracks but with more awareness. “It has [the same] spirit, but we can’t take away the experiences we’ve had in the last 20 years,” Attonito says. “But we’re more aware of the energy: It’s an urgent energy.”

The Bouncing Souls have run the gauntlet of experiences open to rock stars. They started out as a DIY band from New Jersey and risen to the status of punk-rock gods. Now in their 40s, the members of The Bouncing Souls have not only seen but also experienced a good chunk of punk-rock history, witnessing it morph and change with the times. Nowadays, when a young band wants to promote their music, they upload it onto a number of Web-based streaming services. It was very different for The Bouncing Souls back in the day. “We used to get on our skateboards and grab our 7-inches and promote that way. Now we look back and see how archaic it all seems,” Attonito says.

Comparing what punk was then to what it is now, Attonito has a hard time describing how he feels about it. “It’s hard to take myself out of the picture and how I felt when I was young because [punk rock] wasn’t well-known. It was underground,” he says. “Now, it’s kind of opposite ’cause more people are aware of music in general and it’s easier to get [music] through the Internet.”

Attonito and company look back at where they’ve come from, but their most valuable lesson hasn’t been what they’ve learned—it’s been how to forget. “We’ve learned a lot about music and more about [life] experiences. We’ve seen the world. I think a lot of it is good and valuable,” Attonito says. “But now we’re learning to forget about what we’ve learned. I think we did that on Comet. I think we pretty much achieved that.

“When you get to the root of [punk rock], it’s about the spirit of it, and that never changes,” he says. “You see it in the younger kids and you see it in the older bands, that indescribable punk-rock spirit.”