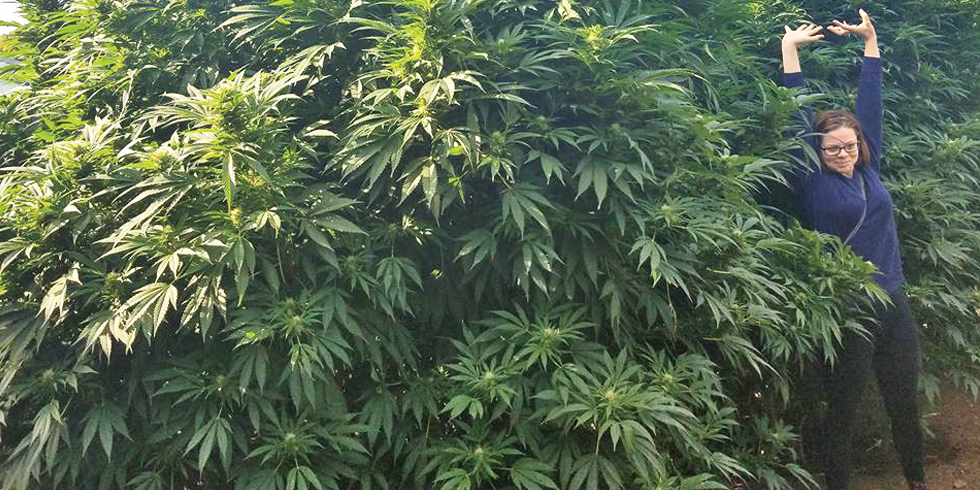 Medical Marijuana Refugees
People are leaving Utah for states where marijuana is legal. Here are stories from four ex-Utahns who've had to pack up their possessions just to get the medicine they need.

As told to Rich Kane

Angela Bacca, 32, was diagnosed with Crohn's disease in her teens. She lived in Salt Lake City while her husband was attending grad school and now lives in Portland, Ore.

I was born in California, where medical marijuana has been legal since I was 10 years old, so it was always in my mind that sick people use marijuana. There was never any question. I didn't know what it was like to live outside of California and use cannabis as medicine. Then I moved to Utah.

While in Utah, I was also editing a cannabis magazine in Berkeley, so I would commute to California once a month. I had a caregiver in California and got cannabis there, then would pick up what other people in Utah needed and smuggle it in. That got to be too much after a while. I was never arrested, but I was very, very paranoid every time I would return to Utah.

I looked up all the laws of the states I was driving in and out of. Even if you drive between two states where it's legal, like from Oregon to California or Washington, you're breaking federal interstate trafficking law, which is five to 15 years in prison. I didn't think I would be a target for anyone to go after because I have Crohn's and I'm not profiting myself; I was bringing it in for other seriously ill people. The fact that I had to worry about these things when I was just trying to not be in pain is so absurd. It's not fair that anyone has to continue suffering anywhere when it's not necessary.

The situation is not going to stop until we actually give people full, unimpeded, safe access to the cannabis they need. People won't stop moving to marijuana-friendly states until that happens. It will be many years before we understand the full impact that moving has had on economies, on families, on medicine itself. We've displaced a lot of people in order to preserve people's profits. 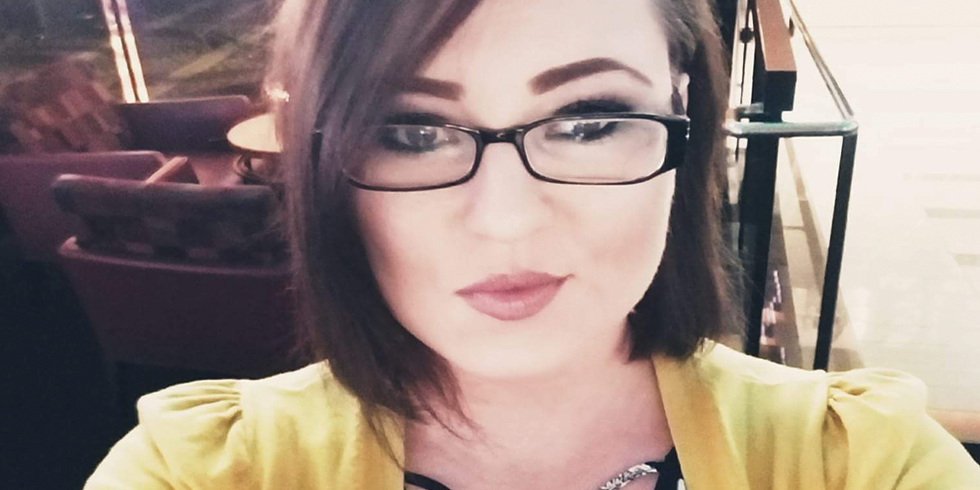 Katherine Searle, 32 moved from Vernal to Oregon in March 2017 so her 15-year-old daughter Raeleigh can legally use medical marijuana to help cope with injuries she suffered in a near-fatal ATV accident.

I was born in Utah and lived there most of my adult life. It sucked to leave because it was my home and my kid's home.

My daughter sustained a traumatic brain injury as well as a plethora of internal injuries from the accident. Her right arm was almost amputated. Her entire body was beat up. She has a lot of nerve pain, severe headaches and some cognitive deficits as well. She lost her right kidney and can't take a lot of traditional medications, and that's further complicated by her brain injury because that's in her frontal lobe and makes her more susceptible to addiction.

In order to manage her pain, she takes a 1:1 ratio of CBD oil with THC and that's illegal in Utah. We started her on it when we still lived in Utah just to see if it would help, and there were immediate results. It takes away her pain completely. It increases her appetite and thirst to where she can get enough calories and drink enough water—she's often dehydrated with her kidney problems. It also helps her mental clarity when she's doing homework. With the brain injury, she has some learning issues, but then she'll take her oil and she's able to really focus. She had a major headache last night, took some oil, and it went away. It's kind of a miracle.

Here in Oregon, when she runs out of oil I just go buy her more. We always notify doctors that she will fail a drug test because she'll test positive for THC, but that's not a big deal here. I don't face going to jail or losing my kids to the state and everything else Utah parents face, which is terribly frightening. And in Utah, there's still a lot of ignorance by people who assume that if you take CBD oil, you're a druggie. It's ridiculous.

I do hope for the sake of Utahns and especially patients that the ballot initiative is passed. It's very frustrating when people don't realize how their vote affects real people and real children in their own community. Personally, I would never move back to Utah. Marijuana is just one of the many issues there I disagree with. 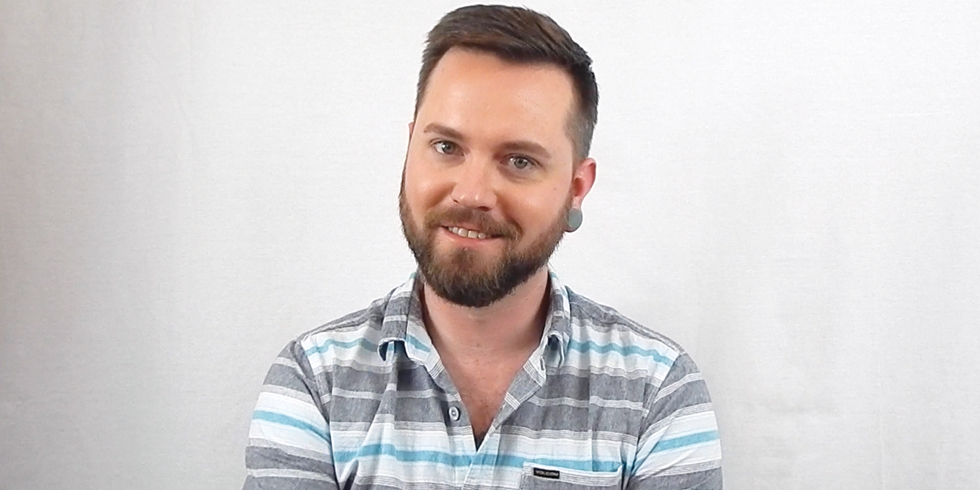 Rory Kalmar, 35, lived his entire life in Utah until June 2017, when he and his husband moved to Santa Rosa, Calif., to get the medical marijuana he needs to cope with back pain.

I had back issues as long as I can remember, but I was able to maintain a job and not have much of a problem. Then about five years ago, I had a work injury, and that's when things started to get more complicated. Doctors started me on an opioid path with prescriptions, but I didn't like how they made me feel, and they were highly addictive.

Marijuana was the best way to take care of my pain management without being zonked-out from the pain pills. It doesn't completely get rid of the pain, but it lets me function. When I was on a pain scale of 10, it would bring it down to a 5, to where I could manage daily tasks. The combination of CBD and THC is what's keeping me mobile the most. Marijuana has been extremely beneficial and my quality of life wouldn't be the same without it.

I was using THC in Utah and I would take whatever I could get. But if I needed a particular strain with certain terpenes that would allow a specific benefit to me, I couldn't go searching that out. Not all terpenes have the same benefits.

Another reason we moved to California was to work with a company that does medical marijuana as well, Happy Roots. It was started by one of my friends from Utah. We were basically a tight group of DJs and one of our friends had gotten AIDS, so another one of us started this business basically for him. She would make him edible candies to help with his pain.

We have specific products for which the proceeds will go toward helping HIV and AIDS patients. Even though there are a lot of dispensaries here that are going recreational, we're in it for people with medical needs. If it helps me this much, then I want to help others get out of pain as well.

It's really expensive to live in California and there are a million reasons why I would still like to be in Utah. I was sad to leave. I miss my friends and family. There are so many people there who are in the exact same situation as me, who want the same kind of relief. They're just not willing to uproot their lives over it.

I'm letting all my Utah family know to vote yes on medical marijuana, and I think it will pass. Utah was the main reason same-sex marriage became legal across the nation, and that was crazy, so if that can happen, anything can. 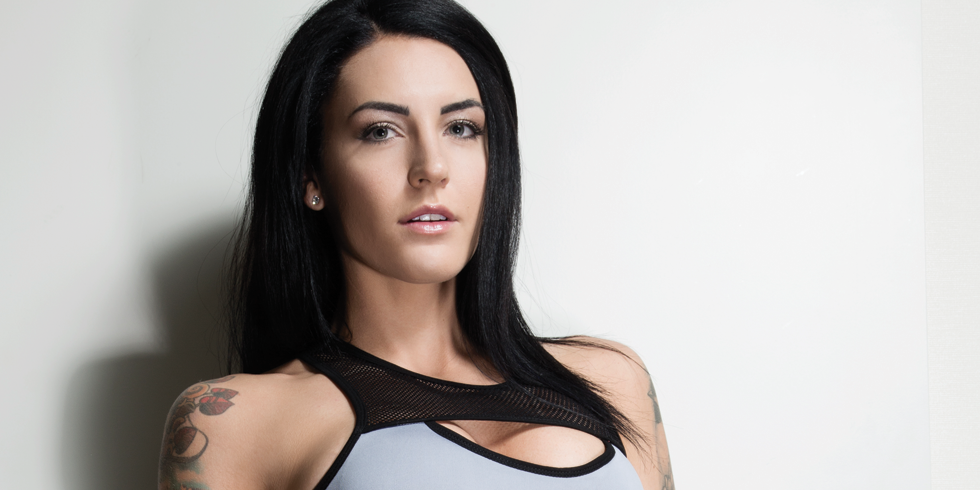 Dallas Sainsbury, 25, went to the University of Utah and lived in Salt Lake City for seven years. She moved to Colorado partly so she could use legal marijuana to help treat her Crohn's disease.

Here in Telluride, there are more dispensaries than there are liquor stores. Every time I go in to one, there's somebody getting medication.

I was diagnosed with Crohn's when I was nine years old. It was in remission for a long time until 2015, when I had a really bad flare-up that left me bedridden or in the hospital for about eight months. I was getting sicker and sicker and we were running out of options, so I asked my doctor about cannabis. He said he didn't know any other options I had, and to pursue it if I wanted.

I've used marijuana both recreationally and medically and it's never been something I've had withdrawals or bad side effects from, whereas oxycodone and Dilaudid are so terrible for you. Those drugs help with pain but they make the symptoms worse.

With cannabis, I would wake up in the morning, use a vaporizer, smoke that and instantly feel better, good enough to where I could get out of bed and function. Cannabis has allowed me to get off some of the medication I was on and ultimately kept me off a feeding tube, because I was completely unable to eat without severe pain.

I'm an ex-Mormon. Most of my family is very LDS and they're all in complete support. My mom wasn't at first; then she saw first-hand how much it helps me. A lot of Mormons are in favor of Proposition 2, and in states that have it legalized, you can still hold a temple recommend and use it as a medication, so the church is kind of shooting themselves in the foot when they speak against it.

I think it will pass. It's going to help a lot of people.