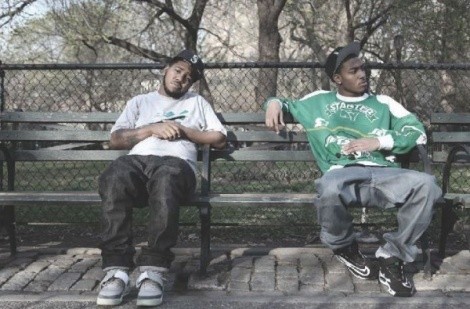 Friday May 21
The Cool Kids

You’ve heard about plenty of MySpace music success stories, but it’s hard to think of any artist who owes quite as much to the social network as Midwestern hip-hop duo The Cool Kids. They literally met in 2005 when Mikey Rocks found a beat on MySpace that his future partner Chuck Inglish had produced. While the duo negotiated the purchase of said beat, they ended up recording together for a couple hours, forging a partnership that has flourished since. The sound? Old-school, a la Eric B. & Rakim, and they’ve described themselves as “the new black version of the Beastie Boys.” So far, most of The Cool Kids’ material has only been available via their MySpace page, with their debut album caught up in record-label limbo. That hasn’t stopped them from becoming a hot attraction in the hip-hop world, whether collaborating with the likes of Lil Wayne and Ludacris or touring with M.I.A. They have a couple of mix tapes and an EP floating around, and that long-coming debut, When Fish Ride Bicycles, is supposedly arriving this year. W Lounge, 358 S. West Temple, 9 p.m. $14 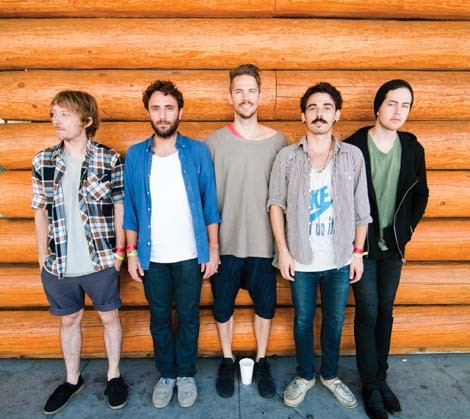 Local Natives
One of the most welcome trends in rock the past few years has been the return of serious harmony vocalizing, and few bands are in the same ballpark as Los Angeles’ Local Natives at doing it well. Keyboardist Kelcey Ayer and guitarists Ryan Hahn and Taylor Rice intertwine their voices in a majestic homage to ’70s-era sunny Cali country-rock, except these kids are too young to remember that sound firsthand. They’re just innately skilled and incredibly accomplished as songwriters at a remarkably early age. Imagine a world where shows like American Idol, rather than facing off competing karaoke queens, was filled with skilled songwriters and singers like Local Natives vying against, say, Fleet Foxes. America would be a better place, or at least be exposed to a lot better music. Local Natives’ debut, Gorilla Manor, is guaranteed to be on a ton of year-end best-of lists, and rightly so. Suckers open the show when Local Natives stop in Salt Lake City. Kilby Court, 741 S. 330 West, 7 p.m. $10

Rockfest
Take it from someone who went to high school in Ogden: There is no better Utah town to host something called “Rockfest” than O-town. The big headliner is L.A. Guns, and while there are actually two bands on the road using the name, the version coming to Utah includes Phil Lewis, the singer of the band most of us know as L.A. Guns. While that band is coming to Ogden hot on the heels of a gig at the International Cooking Championships in Bucharest, Romania, the rest of the lineup of the daylong fest is full of Utah hard-hitters far more worth seeing, including The Street, Heartbrake Hangover, Tommy Had a Vision, Super So Far, Ghostowne, Opal Hill Drive, Balance of Power, Jezus Rides a Riksha and Ravings of a Madman. Ogden Amphitheater, 24th Street and Washington Boulevard, noon, $10. 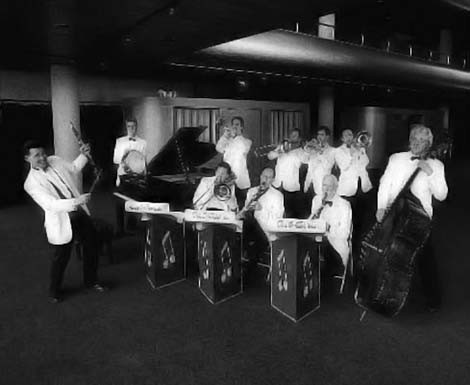 Tad Calcara & New Deal Swing Band
Rarely do you have a chance to relive the past in vivid detail, but that’s what clarinetist Tad Calcara delivers when he performs leading his 16-piece New Deal Swing Band. This show is a special tribute to the legendary big-band leader Artie Shaw, and will include vocalist Melissa Pace joining Calcara and Co. to tackle classic swing and jazz hits of the ’30s, ’40s and ’50s, including “Begin the Beguine,” “Man I Love” and “’S’Wonderful.” It’s a cabaret-style show, and will include film clips of the Artie Shaw band doing their thing in addition to the live re-creating going on in front of your eyes. Congregation Kol Ami, 2425 E. Heritage Way, 7 p.m. $25 advance/$36 day of show

Sage Francis
Sage Francis is one of the more furiously creative wordsmiths around, but you don’t need me to tell you that. Just look at the list of folks who lined up to collaborate with Francis on his new album, Li(f)e. You have a couple of guys from Califone, Mark Linkous of Sparklehorse, Death Cab for Cutie’s Chris Walla, members of DeVotchKa, Calexico and more. And artist Shepard Fairey (renowned for his unauthorized Obama “Hope” poster during the 2008 campaign) signed on to do the album art. Remarkably, Francis doesn’t come close to getting lost in the mix, delivering stinging lyrics about crass materialism and the emptiness of much organized religion. The bluesy “Slow Man” with Calexico is one of the album’s best, and former Grandaddy Jason Lytle backs Francis with some of his familiar gloomy alt-country licks. On his “Li(f)e On The Road Tour, Francis will be backed by the band Free Moral Agents, featuring Mars Volta keyboardist Isaiah Ikey Owens. That band will also open the show. The Urban Lounge, 241 S. 500 East, 9 p.m. $17 advance/$20 day of show