The Cost of Snitching

Rat Trap: The reward for telling secrets can be a long stretch in jail. 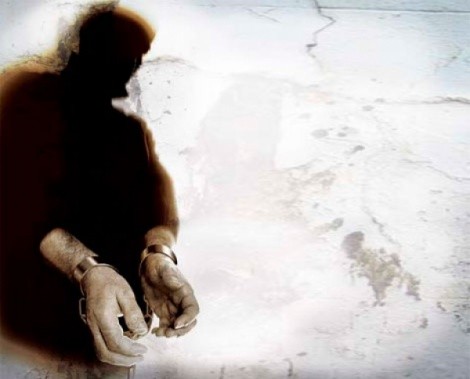 In late March 2008, two Salt Lake County Jail inmates plotted a murder. One inmate would eventually ask the other, “Rich,” to kill an entire family upon his impending release. On May 10, 2009, Rich wrote a letter detailing the plot to Lohra Miller, the county’s district attorney.

According to court documents, Patty Ishmael, an investigator with the Utah Attorney General’s office, interviewed the 38-year-old Puerto Rican native. Rich told her he would cooperate with the investigation his letter had triggered and testify in court. “It’s the right thing to do,” he said.

He agreed to carry a small device shaped like an electronic car key in his sock to record his conversations with his cellmate, Dennis Lingmann. At that time, Lingmann was facing 10 charges of exploitation of a minor, two counts of stalking and four counts of unlawful sex with a minor. Rich, who had spent 10 years of his adult life in East Coast prisons prior to arriving in Utah in May 2008, was in jail awaiting trial on charges of drug distribution and receiving stolen property, to which he would soon plead guilty in exchange for a one-year jail sentence.

Rich is on probation for 32 more months and currently faces an arrest warrant for failing to comply with probation. In light of Rich’s potential return to jail and the threat of harm that inmates who snitch can face, City Weekly decided to refer to him as “Rich,” a pseudonym. Rich turned Lingmann in because, he would later tell 3rd District Court Judge Randall Skanchy, “I was raped many times when I was little.” In Rich’s eyes, Lingmann was “a monster.”

Lingmann offered Rich $16,000 to break into a family’s home and shoot Lingmann’s sex-abuse victim and her mother with a 9mm Glock that her father kept in his truck. “If I’m going to do 20 or 30 years in prison, might as well [kill her],” Lingmann told Rich. Later, he expanded his murderous contract to all seven members of the family.

Rich sought nothing. “I never asked for no freedom,” he told Skanchy. Instead, his unsolicited reward turned out to be further incarceration for himself.

After he finished his yearlong sentence in Tooele County Jail, he was released Nov. 7, 2009 into the twilight world of homelessness and the search for menial labor, the shadow of his criminal past never far away. When Rich failed to turn up three weeks later to the Nov. 31 preliminary hearing on Lingmann’s solicitation charges, as he had promised the authorities he would do, Amann requested a material-witness warrant from the court. He and Salt Lake County Deputy District Attorney Robert Parrish, co-counsel for the Lingmann solicitation prosecution, needed to put Rich’s testimony on record and allow Lingmann’s lawyer the opportunity to cross-examine him. While Lingmann sought to change his attorney, the state kept Rich incarcerated for five months to ensure they had access to his testimony before finally deposing him and casting him back onto Salt Lake City’s streets. The district attorney’s office referred comment on Rich to the state attorney general, whose spokesman, Paul Murphy, declined to address it.

A judge-authorized material-witness warrant allows prosecutors to arrest and incarcerate for an indefinite period of time a key witness believed to be a flight risk or unwilling to testify. Such witnesses generally receive neither legal counsel nor compensation for their lost time. The district courts, according to Utah Courts spokeswoman Nancy Volmer, do not keep a record of material-witness warrants or how long these witnesses are jailed for. In response to a GRAMA request, the office of the Salt Lake County District Attorney revealed that, in 2008 and 2009, it requested at least 13 material-witness warrants for victims and witnesses of cases ranging from domestic violence to sex abuse of a minor to gang-related crime.

In contrast, Salt Lake City Prosecutor Sim Gill says his office had issued zero material witness warrants in the same period. “They need to be used judiciously and carefully,” he says. “Whenever you are depriving someone of their liberty, you have to have a compelling interest to do so.” He describes it as an “unproductive tool, where you can end up having more victims.”

Controversy over use of this potent prosecutorial tool is nothing new. Two years ago, the Salt Lake County district attorney’s office came under fire for using a material-witness warrant to lock up for seven days 23-year-old Ashley Godnick, a domestic-violence victim who refused to testify against her partner. Rich and Godnick’s stories underscore the collateral damage prosecutions can leave in their wake.

That damage extends even to the very notion of justice in Utah, if a motion by Amann, the man chiefly responsible for Rich’s lengthy jailing, is anything to go by. Under pressure because Rich no longer wanted to cooperate with the prosecution, on March 12 Amann filed a motion to put Rich’s testimony on record, noting, apparently without irony, that Rich’s “ongoing detention effectively darkens the reputation of our justice system.”

Part of that reputation-darkening, argue some criminal defense attorneys, comes from Utah’s prosecutorial culture valuing convictions more than justice. They allege that some of Miller’s prosecutors are using the threat of material-witness warrants to intimidate reluctant witnesses into testifying. Defense attorney Clayton Simms says the public should pay attention to how the state uses these warrants. “In America, you shouldn’t end up in jail for not committing a crime, but that’s not always the case.”

Justice At All Costs
Alicia Cook, who worked under Miller’s predecessor, David Yocom, and now heads up Miller’s elder-abuse prosecution team, says that before Lohra Miller was elected Salt Lake County District Attorney in 2006, domestic violence was “not effectively handled. If the victim wanted the case dismissed or didn’t appear in court, we let the case go. We did not fight for them.” That made life easy for defense attorneys, she adds.

Miller introduced a new approach to prosecution of domestic-violence-related crimes by dedicating six attorneys to domestic violence, each of whom, according to Miller, has between 125 and 175 ongoing cases.

Her commitment stems from a 1994 killing of a domestic-violence victim by her husband, who Miller had days before served with a subpoena. Her prosecutors emphasize that behind every domestic-violence situation lurks the possibility of a future homicide.

With domestic-violence prosecution, “you’re fighting a losing battle,” says felony domestic-violence prosecutor Yelena Ayrapetova. “You have so much working against you. There’s a lot of biases to overcome, skeptical juries, a victim who doesn’t want you to go forward,” not to mention the muddy mire of emotional situations where the truth can be all but impossible to find. Miller’s approach was to make early contact with victims. “You get a wealth of information obtained at that point,” Ayrapetova says. “The early intervention is the key to reducing recidivism.”

Miller says in her first year, the district attorney’s 70 percent dismissal rate for domestic violence went to a 70 percent conviction rate, a controversial figure among Miller’s critics that includes pleas in abeyance.

While Miller says it’s very rare for her office to seek material-witness warrants, defense lawyers complain they are often held over the heads of recanting domestic-violence victims to coerce them not only to testify, but also stick to their original complaint.

“I fear [the district attorney’s office is] mainly looking at the win column and only at the win column,” says Kent Hart, an assistant federal defender and executive director of the Utah Association of Criminal Defense Lawyers. “They should be measuring success on whether justice has been done, not the number of cases they’re winning in court.”

In the past 12 months, “we are seeing more material-witness warrants and [prosecutors] trying to influence testimony,” Hart says. The threat by prosecutors of locking up recalcitrant victims in jail for several months “seems to be a growing problem,” he says. “The risk for the prosecutor is that they are potentially suborning perjury if getting people to not recant. That’s not justice.”

Part of the problem, particularly with emotionally volatile domestic-violence cases, he says, is that prosecutors may well be deciding at the beginning “that someone is a victim of domestic violence and that’s clouding [the prosecutor’s] judgment.” He cites Miller’s chief domestic-violence prosecutor, Michaela Andruzzi, telling attendees at a Provo seminar, “90 percent of [domestic violence] victims recant.” Hart takes issue both with the percentage and why they are recanting. “Are they having second thoughts, did they lie the first time round, or are they under pressure now?”

Andruzzi, in turn, finds Hart’s views equally foggy. She says defense attorneys often forget that the police assess collaborating evidence in a complaint before forwarding it for screening. “We’re ethically bound not to proceed if we think a victim has lied,” she says.

Prosecuting domestic violence is a double-edged sword, she says. “You go forward with a case in spite of the victim’s wishes, and you are told you are not considering the victim. You dismiss the case, the victim gets hurt, and you’re told you’re not doing your job.” She wants victims in court, if only to ensure they are not being pressured to stay away. “I don’t know if a victim is at home chained to an engine block,” she says.

Miller adamantly refutes allegations that her prosecutors threaten victims with material-witness warrants. “We don’t threaten to hold them in jail until they say what we want.”