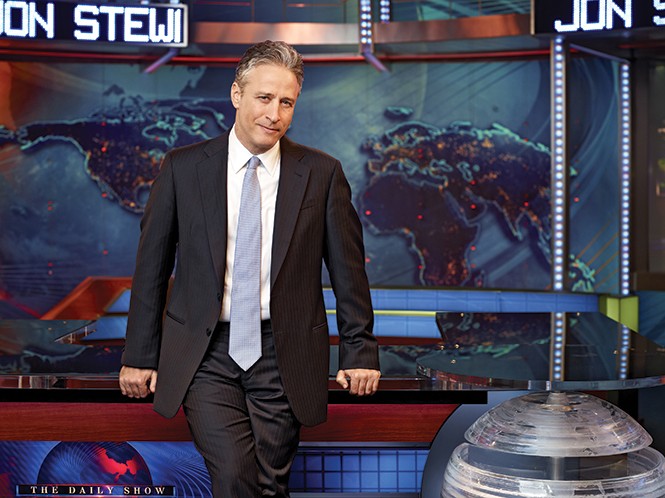 
Series Finale: Jon Stewart is leaving television much richer with comedic fake-news reporting than when he took over The Daily Show from Craig Kilborn ('member him?) in 1999. Now, we have Comedy Central's own Nightly Show With Larry Wilmore, HBO's Last Week Tonight With John Oliver, Fox News' Hannity, er, The Greg Gutfeld Show, and others current and canceled (you're still missed, Onion News Network), but none have the faux gravitas of Stewart. We all got over the loss of The Colbert Report fairly quickly, because we know Stephen Colbert will be back on TV come September as the new host of CBS' Late Show, but Stewart's probably going to opt for the quick fade, a la David Letterman (or make more movies like Rosewater ... let's hope for the quick fade). Say goodbye and salute the man who forced all TV news—fake, real and Fox—to up their respective games.


Series Debut: Of all the ill-conceived half-hours E! has attempted to pair up with long-running hit The Soup, The Comment Section is, well, the latest. After a stretch of failures that includes recent airballs The Grace Helbig Show (not the worst thing E! has ever run) and New Money (literally the worst thing E! has ever run), The Soup's producers took it upon themselves to come up with their own lead-out ... and it's a show about Internet comments. Admittedly, there's plenty of funny/hateful/inexplicable material out there, but that's the problem: It's already out there! To find yourself! There's no need for a TV show about the Internet! (Notable exception: Comedy Central's @Midnight.) The concept makes about as much sense as watching a YouTube clip of someone else playing a videogame ... OK, never mind ...


Series Debut: For being a network dedicated to "Very Funny" comedy, TBS has had little luck producing an original series to complement its endless blocks of old broadcast sitcoms and movies that invariably star Owen Wilson. On the surface, America's Next Weatherman looks like another desperate TBS future-fail on par with King of the Nerds and anything that isn't Conan—but wait! ANW is an odd collaboration between reliable comedy platform Funny or Die and reality-show king Mark Burnett, and there's a new regime at the network that seems more interested in quality than insta-crap. After surviving challenges both professional and ridiculous, as well as the dead-eyed stare of kinda-celebrity-newser Jillian Barberie, the winning weatherperson (both men and women compete, despite the WeatherMAN title) will receive $100k (sweet) and a gig on CNN (oh, so sorry ...).


Season Finale: The majority of complaints about Season 2 of True Detective from pros and civilians alike boil down to "It's not exactly like Season 1!" Yes, stars Matthew McConaughey and Woody Harrelson, and then-director Cary Fukunaga set an impossible bar, but creator/writer Nic Pizzolatto and new stars Colin Farrell, Rachel McAdams and Taylor Kitsch have brought serious heat to the anthology series' second chapter (for the sake of my own argument, I'm going to conveniently leave out Vince Vaughn and Kelly Reilly). Try this: Finish your hate-watching tonight, give it a few months, then revisit True Detective S2 during some holiday downtime. If you're still not impressed, come find me and give me a front-porch beat-down, cool?


Series Debut: Like TV Land, ABC Family is slowly phasing out multi-camera laugh-tracked sitcoms and going after the audiences who grew up on The Office, Curb Your Enthusiasm and Arrested Development. Kevin From Work is nowhere near as funny as any of those, but at least it's a step in the right direction away from Melissa & Joey (R.I.P.). The titular Kevin (Noah Reid) is an office drone who, upon the eve of his transfer to another company position overseas, declares his long-secret love/lust for co-worker Audrey (Paige Spara), because he's outta there, so why not? Transfer falls though; awkwardness ensues. The pluses (McG directs and Amy Sedaris co-stars) outweigh the minuses (Reid and Spara are boooring), but Kevin From Work is at least as funny as The 700 Club (which ABC Family is contractually bound to run until Pat Robertson is Raptured—true story).