The Leonardo's exhibition brings the time of biblical writing to life 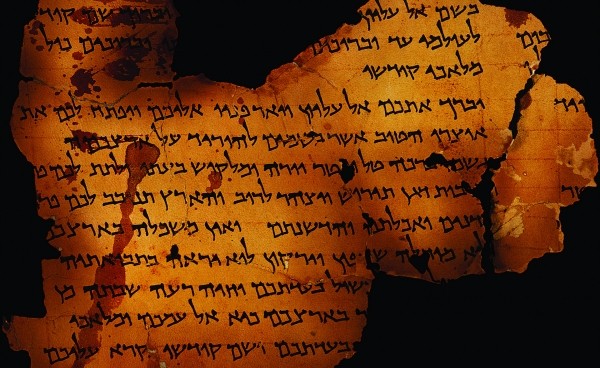 Since the discovery of the Dead Sea Scrolls in 1947, the documents have been regarded as providing key insights into early Christianity and Judaism of the same time period. The traveling exhibit coming to The Leonardo, Dead Sea Scrolls: Life and Faith in Ancient Times, also demonstrates that the scrolls—along with artifacts on display from the period—provide a vivid picture of the life of the people of the region during a transformative period of history.

Risa Levitt Kohn—co-curator of the exhibit, and professor and chair of the Religious Studies Department and director of the Jewish Studies Program at San Diego State University—says that the Dead Sea Scrolls were composed and copied between 250 B.C.E. and 68 C.E. “This is a period of incredible theological innovation, when biblical Israel is evolving into what will become the earliest forms of Judaism and Christianity,” she says. “Before the discovery of the scrolls, we knew very little about the way in which this evolution occurred.”

The 1947 discovery of the scrolls came right before the founding of Israel as a modern nation the next year, and the writings on the scrolls are intimately tied to the foundations of Judaism, as well as Christianity and Islam. “Out of over 900 scrolls, only about 207 are biblical,” Kohn says. “The rest are a mix of religious texts including poetry, Bible commentary, community rules, apocryphal and pseudepigraphical [assigned a false name as an author] writings that all inform the period of Jewish and Christian origins.”

Not least among the reasons the scrolls are significant is that they are the earliest known copies of the Hebrew Bible (Christian Old Testament). But along with 20 of the parchment scrolls, the exhibit includes more than 600 artifacts, from ritual objects to ordinary household items like clothing and currency, some of which have never before been exhibited, and together they paint a picture of life during that epoch.

The era still has new lessons to teach us, according to Kohn. “There are over 350 active archaeological excavations going on in Israel at any time,” she says, “and one purpose of the exhibit is to help people appreciate the ancient world. There’s a story behind each object in the exhibition.” A several-ton section of Jerusalem’s “Wailing Wall” on display will also provide visitors a chance to experience something that otherwise they’d have to travel thousands of miles to see.

The exhibit has previously traveled to New York, Philadelphia, Cincinnati and Boston, and will make its way to five other U.S. cities., but the Salt Lake City showing is the exhibit’s only stop in the Intermountain West. For the occasion, The Leonardo will highlight contributions of scholars and scientists at Brigham Young University, which have added to our understanding of the artifacts and their deeper significance. Activities along with the exhibit include a film series, book club, family activity nights and lectures. Lecturers include Donald W. Perry—a professor at BYU and author of numerous books on the scrolls—and Lawrence Schiffman of Yeshiva University. A Dead Sea Scrolls Conference will take place April 11-12.

Like the Mummies of the World exhibit that visited The Leonardo earlier this year, the Dead Sea Scrolls offer viewers an opportunity to examine something not only singular in human history, but very fragile. The low light adds an atmosphere of mystery and curiosity, but it’s also out of necessity. “The scrolls are only displayed for 90 days at a time due to conservation concerns,” Kohn says. “Light levels are limited, and temperature and humidity within the scroll cases are carefully monitored.” Still, with its use of music and technological innovations such as video projections, The Leonardo has moved beyond the stereotypical museum-going experience.

Dead Sea Scrolls Life and Faith in Ancient Times is just the most recent in a series of exhibitions presented by The Leonardo that expand on the institution’s mission to explore the connections between art, creativity, science and technology, utilizing the space to educate visitors, ultimately, about our humanity. In this case, a lasting impression is made not just by presenting ancient examples of holy writ, but also by including examples of mundane objects, connecting us with people who lived during a period that influenced the course of human history.

“We want visitors to consider the hands that fashioned each object in the show, and that there were ideas that shaped the world in which the object was made,” Kohn says. “These ideas shaped the object as well, and many of these ideas, especially vis-Ã -vis the scrolls, have in turn shaped our world.”