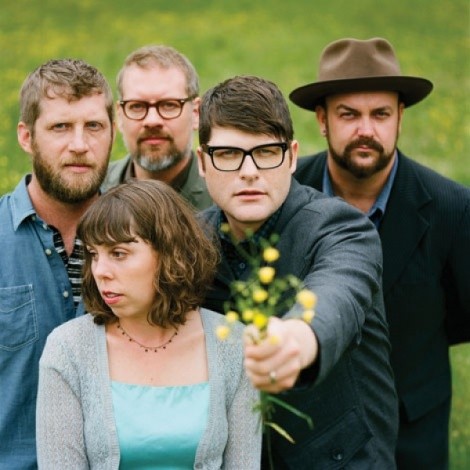 The Decemberists, The King is Dead

Colin Meloy’s got a purdy mouth; so would say an old-timin’ troubadour. The Decemberists’ frontman’s word-of-the-day lexicon enters the charmed, if not simple, language of alt-country—the latest conquering of the Portland-based nerd-balladeers. Find golden words in The King is Dead such as bonhomie—geniality—dowager—a widow with title derived from her late husband—and loam—fertile soils. And that’s only in “Calamity Song,” a tune a la R.E.M, whose Peter Buck plays guitar on three tracks.


However, the lyrical zeal is anything but sisyphean soundings. This effort has stripped-down imagery, in contrast to the immoderate Hazards of Love and ballads past—“The Mariner’s Revenge” creates vivid allegories via intricate details. And in 10 punchy tracks, less is more.

Listeners can perform their own imagination gymnastics, with tightly crafted stories ranging from “Don’t Carry It All” to plain old fun in “Down By the Water,” whose final verse sings “All dolled up in gabardine/ The lash-flashing Leda of pier 19/ Queen of the water and queen of the old main drag.” The band’s homespun approach is bolstered by Gillian Welch’s backing vocals on that track and six more. To borrow a word from “All Arise,” the album is a panoply of folkeoisie, a rhapsodic divergence from a band that rarely disappoints. (Capitol)

In the vast sea of incessant She-and-Hims, how does one male-female duo differentiate themselves? With a thematic, breezy pop album inspired by a seven-month sail on the deep Big Blue. The married Alaina Moore and Patrick Riley released two EPs before releasing their full-length debut on Fat Possum Records.

Cape Dory’s sunny vibe melts the January cold in rapid succession—of the 10 songs, only three break the three-minute mark. “Bimini Bay” transports listeners to carefree days of young love. The driven “South Carolina” is a tempo-gainer mid-album, followed by jangly “Pigeon.” While “Marathon” is creating some well-deserved hype for the band, the fun, catchy “Seafarer” and “Baltimore” are the album’s underdogs. (Fat Possum)