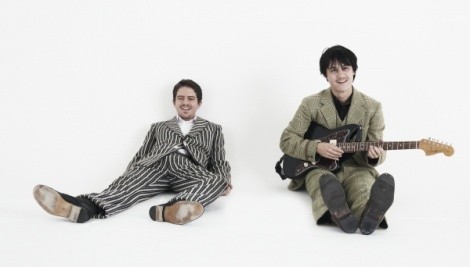 “As dead as a dodo” is a phrase that can be applied to too many sonic organisms that didn’t adapt to the changing musical seasons.

Far from being an extinct species, though, the duo known as the Dodos is an eclectic, slightly exotic indie-rock species bringing together unlikely influences to create a fresh, innovative musical hybrid.

Guitarist-singer-percussionist Meric Long had been playing music as a solo singer-songwriter in San Francisco when he met drummer Logan Kroeber through a mutual friend in 2005. They combined Kroeber’s heavy metal sensibilities with Long’s training in West African Ewe drumming to create music in which, as they state in their bio for indie label Frenchkiss Records, the imprint that released their past three albums—all their work except their debut album and an EP, which were released as Dodo Bird—“drumming could be a center role and help bring out the syncopated rhythms coming out of the electric guitar.”

“My musical influences are pretty diverse, but when it comes to playing drums, I think I’ll always be indebted to my metal past,” Kroeber admits. “But I also love the slowest, most beautiful Willie Nelson songs and everything in between.”

Like a lot of indie bands recently, they owe a debt to folk music traditions, but the Dodos’ music is much more rhythmic than most, with the touring line-up including Joe Haener on xylophone, toy piano and other percussion, and Long playing the acoustic guitar like a percussion instrument, at times.

Their latest full-length, No Color, was released March 15, and expands their tonal palette even more with the addition of vibraphonist Keaton Snyder. The video for the single “Black Night” was directed by Ariel Danziger in eye-catching black and white. “I was inspired by Raging Bull, so black and white seemed like a no-brainer,” explains Kroeber. “The best thing the director brought to the video was the shot in front of the backlit newspaper wall.”

“I see this new record as an extension of the last one’s songwriting, but with the production sensibilities of the one before that [Visiter, 2008],” Kroeber explains. “But there are all kinds of new things we tried on this one, like more electric guitars and string parts.” The album also includes vocal contributions from Neko Case; some might remember the Dodos from their gig opening for her New Pornographers at the Twilight Concert Series in summer 2010.

Earlier this year, the band played SXSW and their surprise AOL Pop-Up performance at the First United Methodist Church in Austin was recorded for release. Kroeber recalls,  ”I remember we had to get up real early after a late night, so we were all pretty burned out. But we had the best, most hilarious sound check, and there was a truck giving out free ice cream sandwiches after the show.”

Apparently, early birds don’t always have to dine on worms.