The Dogs of Summer

You're failing at watching all of the TV this season 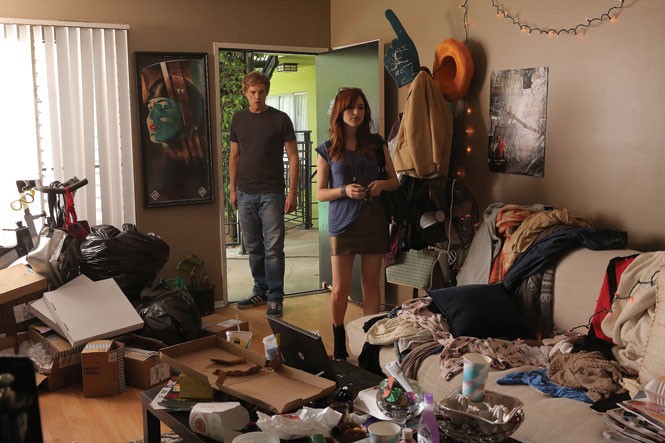 The Summer of Too Much TV is nearly over and, besides Sharknado 2: The Second One and True Blood: The Finally Final Season, nothing has made much of a splash in 'Merica's above-ground pool. Even hyper-hyped new series like FX's The Strain and TNT's The Last Ship can barely keep up with the Kardashians' ratings, even when the networks apply their convoluted "Live + 7" formulas (the audience watching the show as it airs multiplied over seven days by DVR procrastinators divided by a show's hashtagged tweets added to projected thought patterns of potential viewers squared by unicorn farts).

As far as The Only TV Column that Matters™ is concerned, the biggest disappointment of the summer is AMC's Halt and Catch Fire, the '80s period piece about the dawn of the personal-computer boom that premiered with a sizzling pilot episode and decent ratings, only to get stuck in its own "We're building computers!/No, we're building dreams!" loop as star Lee Pace dismissed it on talk shows that only wanted to hear about his raccoon movie, anyway.

Despite the huge True Blood lead-in, HBO's depresso-drama The Leftovers doesn't exactly have viewers—wait for it—enraptured (thanks, I'll be here all week ... unless I suddenly disappear without a trace). You weren't supposed to take the series' theme of "What's the point of going on?" literally, people.

In addition to The Strain, FX has the second bizarro season of The Bridge this summer, as well as alleged new comedy Partners (unless the network has finally realized, "Wait, we put what on Monday nights?!") and genuine new comedies Married and You're the Worst (which get funnier every week—I hate the "You just have to stick with it" defense as much as you do, but I'm exercising my power of attorney), and a wacky little farce called Tyrant. For those unfamiliar—which, the ratings indicate, is all of you—Tyrant is about a murderous, psychopathic rapist of a Middle-Eastern dictator who somehow still hasn't won the hearts of FX viewers. What does he need, a Harley and a SAMCRO patch?

And what the hell is going on with Extant? Viewers are fleeing CBS' "event" series faster than Halle Berry can go through shapeless Target sweaters, either because it borrowed too many sci-fi themes to keep track of, or because it's making less damned sense every week, or because, well, shapeless Target sweaters. The interest level in her alien baby and her Small Wonder A.I. son is now on par with "Hey, are those hicks and that Twilight chick still trapped Under the Dome?"

CBS also has a summer drama about sexy lawyers—no, really. It's called Reckless, and it's on Sunday nights. After Unforgettable. I'm not making these up!

Also swishing under the TV radar is The Quest, ABC's Survivor-meets-LARPing reality-competition show that premiered to a resounding "Meh, verily" and still hasn't attracted the fantasy crowd as well as, oh, fantasy does. It's like soccer: You might spend hours watching children play it out of parental obligation, but watching overpaid adults do it requires a special kind of dementia.

Were you aware that The CW aired shows called Famous in 12, Backpackers and Seed this summer? More than once? True. One was about TMZ trying to spin fame out of nothing, one was about a pair of bros backpacking across Europe, and one was about a sperm donor, none of which clicked with the network's audience like previous summers' programming, a screensaver of a CW logo bouncing from corner to corner two hours a night.

But they still attracted more eyeballs than Miley Cyrus: The Bangerz Tour, a July NBC concert special that now has a verified viewership of three frustrated housewives, since all them have filed "indecency" complaints with the FCC. So Miley simulated a BJ on Abraham Lincoln—what have you done for your country lately?