NYC band are happy to be miserable 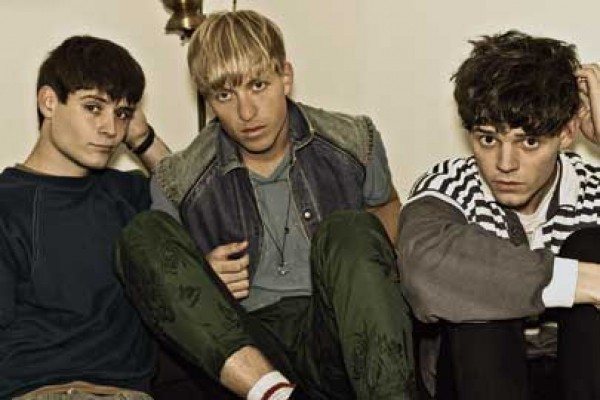 “Let’s Go Surfing” is so terribly deceptive. The track, which appears on The Drums’ Summertime! EP (2009) and their self-titled debut LP (2010), yielded the first burst of attention for the Brooklyn, N.Y.-based band—and rightfully so. “Wake up/ It’s a beautiful morning/ Honey, while the sun is still shining,” croons Jonathan Pierce in his kindest possible voice, just as the garage-pop ditty begins to beam rays of optimism. Like an adolescent aching for a day off, The Drums’ singer, with a lean, boyish frame (and a voice to match), wants nothing more than to be set free. “Oh, mama/ I wanna go surfing,” he shouts in the irresistible chorus. “Oh, mama/ I don’t care about nothing.”

All the key elements in “Let’s Go Surfing”—a catchy, whistled melody; a genial hook; and minimal amounts of reverb that give the track a surf-rock veneer—espouse simplicity, joy and youthfulness. It perfectly captures the idealism and carefree quality associated with the season noted in the title of Summertime!, and that notion has only bolstered comparisons between The Drums’ work and The Beach Boys’ feel-good surf pop.

While the lovable song has become The Drums’ calling card, it misrepresents the band as a whole. As it so happens, The Drums have never surfed (and don’t know how); they’re not into surf pop, surf rock or The Beach Boys, and they aren’t really happy-go-lucky types. Hell, actually going surfing was probably never much of a priority for the group. Instead, the activity’s whimsy just represented a temporary escape from the everyday miseries of reality. “I wrote the lyrics for the first album as if I were 10 years younger,” Pierce said in an interview with NME. “That’s why everything’s translated from a teenage standpoint. But with this record, it’s very much now.”

“This record” refers to the pop-gone-post-punk of Portamento, a sophomore album ruled by spare guitars, downbeat synths and Pierce’s pained refrains. The singer’s troubles extend past the standard romantic stuff; he also has cash-flow issues, is concerned by life’s meaninglessness, and is overwhelmed with malaise. “The things I used to feel,” he declares on “Searching for Heaven,” “I don’t feel anymore.”

The tortured band members behind Portamento are indicative of the true Drums. “Jon and I are both naturally pretty blue in general,” guitarist/keyboardist Jacob Graham says. Before the time they wrote Portamento, the act existed under the radar. The success of “Let’s Go Surfing” catapulted them into the world of a professional band, spawning turmoil both publicized (the group went from four members to three) and not. Their dour side began to emerge. To match these changes musically, they scaled back the reverb and made sounds that Graham describes as “a little more blunt.”

The Drums’ latest songs are steeped in dramatic agony, but Graham is pragmatic about their benefits. The recent surge of pop songs that celebrate the concept of celebrating, such as The Black Eyed Peas’ “I Gotta Feeling,” confuses him, as he can’t see the point of making happy music just to make happy music. In turn, he finds something uplifting about depressing work. “When I was a kid and first discovered music I felt really connected to, it was really sad music. It didn’t keep me sad or make me more sad or anything like that,” he says. “I felt almost happy when I heard it because it felt like there was someone else out there who felt the same way I was feeling.”

Graham won’t rule out the possibility of his band returning to the lighter fare of “Let’s Go Surfing,” but their actual perspective and tone is “a bit irrelevant.” “I think it could go either way,” he says. “What’s important to me is that our songs kind of become more meaningful.”