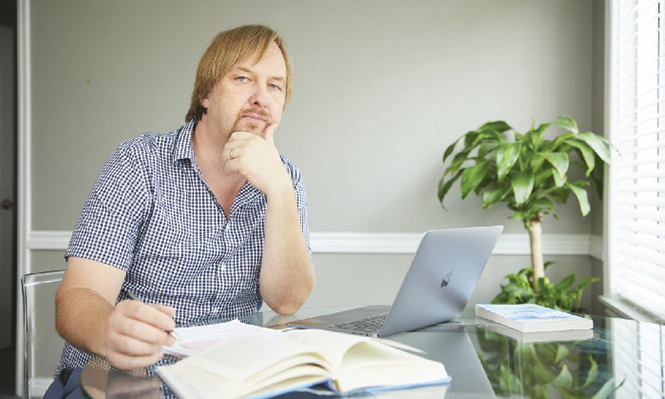 Justin Harnish: Meaning in the Multiverse @ Weller Book Works
"It is a paradigm to think about the universe as more a system of processes than as a collection of point particles and fields and energies," self-described "futurist," engineer and author Justin Harnish writes on his blog. "Where a material universe has to separate brains from mind, a computational universe offers a means by which consciousness could be another parallel process–one just not yet understood and so not yet describable by humans."

This notion fuels Harnish's book Meaning in the Multiverse: A Skeptic's Guide to a Loving Cosmos. In part, it's an attempt to banish the oppositional notions of understanding the universe scientifically, and seeking transcendent meaning, as well as eliminating the sense that being a tiny speck in an unimaginably vast cosmos renders you insignificant. Through the notion of "all-natural meaning," Harnish attempts to offer a sense of individual value and significance as part of a grand computational system, replacing myth-based explanations for existence with something curiously profound—the multiverse as a vast computer process. "We have been looking in all of the wrong places to find a universal meaning for our lives," Harnish writes. "We have asked the question all wrong. Instead of searching for meaning in the heavens, we need to first ask ourselves, 'what sort of universe would allow for all-natural universal meaning?'"

Harnish will participate in a virtual author event and live Q&A session Thursday, April 29 at 7 p.m. via the Weller Book Works YouTube channel (youtube.com/channel/UCcQqlhbPwo_YfzIBsh9lleA). The event is free and open to the public. (Scott Renshaw)

Utah Symphony @ Abravanel Hall
All of us who were stuck without in-person arts for the better part of a year—in other words, all of us—were deeply appreciative of the creative ways that organizations found to present their work in virtual formats. That said, there's nothing quite like the glorious acoustics of Abravanel Hall, and it marked a special moment when the Utah Symphony began scheduling live concerts again, even as they continue to offer virtual performances for those who are not yet comfortable or not yet fully vaccinated.

This weekend, Maestro Thierry Fischer (pictured) leads the Utah Symphony at Abravanel Hall (123 W. South Temple, saltlakecountyarts.org) in a program featuring works spanning more than 350 years. Bach's Concerto for Two Violins—the composer's only such work—features a fascinating interplay between the two violin soloists. Contemporary composer/musician Wynton Marsalis's A Fiddler's Tale presents a musical response to Stravinsky's A Soldier's Story, incorporating a variety of jazz styles into a narrative about an aspiring musician tricked by the devil; this performance features selections from Marsalis's musical suite. Elliott Carter folds brass instruments into chamber music for his Double Trio. And Wagner demonstrates an uncharacteristic restraint for the intimacy of Siegfried Idyllis.

Performances for this program run April 29, April 30 and May 1, beginning at 7:30 p.m. Tickets range from $17.50 - $72 for the approximately 60-minute performance, and venue capacity is still limited, so grab tickets while you can at my.arttix.org. At press time, face coverings are still required for the duration of performances. (SR)

Eddie Griffin @ Wiseguys Jordan Landing
As legend has it, Eddie Griffin's comedy career started on a dare. As a 21-year-old in 1989, a friend bet him that he wouldn't go up on stage during an L.A.-area comedy club's open mic night. The ensuing set was supposed to be three minutes, but turned into a 45-minute exploration of Griffin's family stories that earned him a standing ovation. And the rest, as they say, is history.

That history, over the course of Griffin's 30-year professional career, has included his popular four-year run on the Fox sitcom Malcolm & Eddie, multiple movie roles including the 2002 film Undercover Brother, and an ongoing successful run as a stand-up comic, with showcases like the 2003 theatrical performance documentary Dysfunktional Family. In his most recent recorded set, the 2019 Showtime special E-Niggma, he recalls how little was expected of him as a class clown growing up in Kansas City, Missouri. "I had a principal, told me I wasn't gonna be shit," Griffin says. "Show you how God works, I become famous, I go back home to Kansas City to do a concert ... I spotted this m-----f----n' principal in line to get a ticket. I told my limo driver, 'Slow down.' Rolled the window down, yelled, "N---a, you ain't never gonna be shit. ... Onward, Charles, onward.'"

Griffin stops in to the Wiseguys Jordan Landing location (3763 W. Center Park Dr., West Jordan, wiseguyscomedy.com) for four shows April 30-May 1, with tickets at $45. Visit the website for tickets and for ongoing COVID-19 protocol information. (SR) 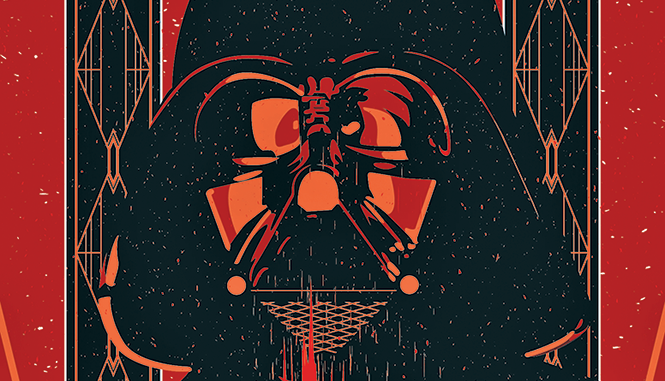 "Star Wars Day" themed events
It's the most absurd kind of holiday imaginable: one based entirely on a pun. May 4 doesn't mark a relevant anniversary in the history of Star Wars—the original film was released later in May 1977—or even a birthday for anybody associated with the saga. It's simply a gag built around "may The Force be with you," and now "May the Fourth be with you" becomes an opportunity for places to create fun events celebrating the 40-plus year legacy of the beloved fantasy universe.

One such event is an annual tradition at Urban Arts Gallery (116 S. Rio Grande St., urbanartsgallery.org): the Star Wars Heroes and Villains show. Local artists are invited each year to celebrate pop culture not just with Star Wars characters, but those from other famous fantasy, science-fiction, super-hero and other franchises. The show opens on May the 4th, and runs through May 30, with a Gallery Stroll reception scheduled for May 21, 6-9 p.m. Admission is free, and open to the public.

Meanwhile, the Heber Valley Railroad (450 S. 600 West, Heber City, hebervalleyrr.org) gets in on the fun with a special Star Wars Fan Train. Guests are encouraged to show up in their own costumes, with plenty of photo opportunities with other guests, as the train makes its 90-minute journey. Enjoy trivia with prizes, themed music, games and other entertainment. The themed trains run Friday, April 30 and Friday, May 28, with general admission tickets $20 and $120 for a "luxury car" table for four. (SR)