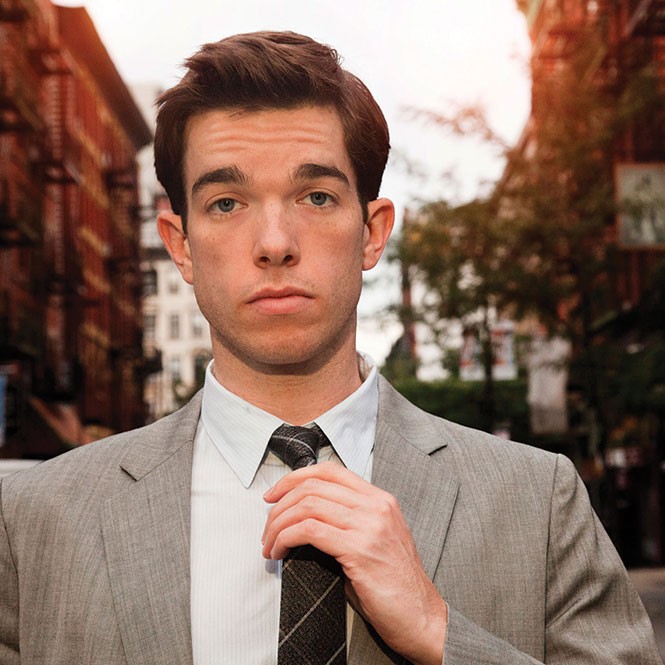 THURSDAY 8.11-8.13
John Mulaney
John Mulaney's career has taken a few turns since he broke into the business as an office assistant at Comedy Central. The Chicago comedian worked with Nick Kroll as part of the comedy duo Oh, Hello Show and eventually earnined a spot on the Saturday Night Live writing staff, which lasted six years. Working with Bill Hader, he helped create Stefon, one of the show's most popular characters of the past decade.

During that time, Mulaney also started breaking out on the New York City standup scene, landing several late-night talk show appearances, a spot on Live at Gotham and even his own episode for Comedy Central Presents. After leaving SNL in 2014, he was able to star and produce in his own sitcom, Mulaney, which fell into the 13-episodes trap that most sitcoms on Fox do—meaning the show was probably really funny, but the network got involved and screwed it up.

Recently, Mulaney has been keeping busy with frequent touring and producing one-hour specials—his most recent being The Comeback Kid, released on Netflix in late 2015. It received massive praise from critics and even had Entertainment Weekly calling him "one of the best stand-up comics alive." His brand of observational comedy tears apart everything from pop culture to real estate to home life. The unapologetic way he presents everyday life forces you to re-examine it and see the humor in everything from the mundane to the popular. (Gavin Sheehan)
John Mulaney @ Wiseguys Salt Lake City, 194 S. 400 West, 801-532-5233, Aug. 11, 7 p.m.; Aug. 12-13, 7 & 9:30 p.m., 21+, $25. WiseguysComedy.com 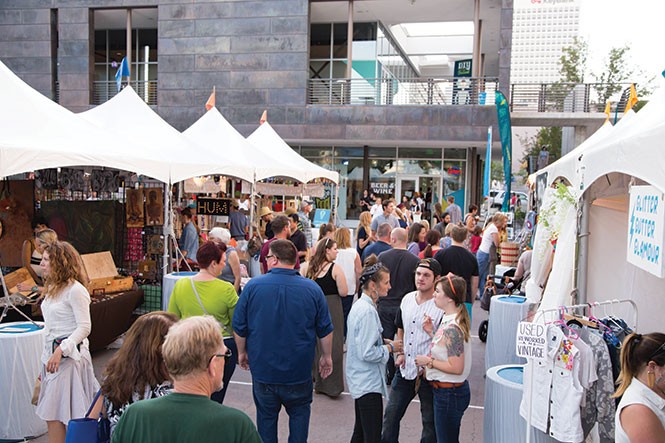 FRIDAY 8.12-8.14
Craft Lake City DIY Festival
From humble beginnings as a one-day event presented by SLUG Magazine in 2009, the local do-it-yourself craft festival Craft Lake City, now in its eighth year, is adding a third day with special events and presentations. In the age of mass-production, it's a celebration of the idea that anybody can make something.

The number of exhibitors has increased to more than 300 artisans of every stripe from screen-printed ties to skin care products, handmade stationery to hubcap paintings plus vintage vendors and craft foodies showing off their culinary inventiveness. Additional new features for 2016 include the mini-workshops "Ask a Mixologist" and Maker's Mark Red Wax Dipping. Check out other special events including live screen-printing with Copper Palate Press, Pictureline's pop-up photo booth with aerial drones, and Animal Jam's presentation of exotic animals in the Google Fiber STEM (Science, Technology, Engineering and Math) Building. In the summer heat, the STEM building has become a festival favorite to cool off, as well as enjoy an educational experience.

One event not to miss is Sunday's exhibit of hand-built motorcycles, in case you thought DIY was all needlework and tie-dye. The event started at a time when crafts of all kinds and "maker" events were starting to enjoy a resurgence, and that trend has grown. It's an opportunity to support craftspeople, shop local and also engage in hands-on crafts you can make yourself. (Brian Staker)
Craft Lake City DIY Festival @ Gallivan Center, 239 S. Main, Aug. 12, 5-10 p.m.; Aug. 13, 12-10 p.m.; Aug. 14 12-7 p.m., $5. CraftLakeCity.org 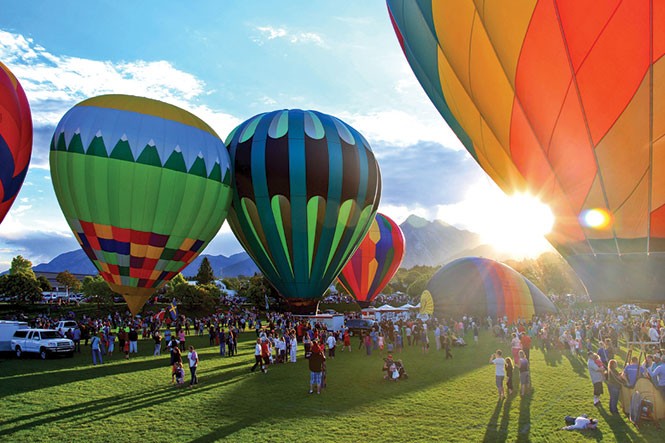 The event generally attracts a few thousand people, and offers two days of fun. Starting at 7 a.m., balloons will float into the sunrise at the Storm Mountain Park. Arrive early, and you'll have the opportunity to help the pilots get ready before they launch. Then, throughout both days, Re/Max will provide a tethered balloon that lets families float about 20 feet into the air. To avoid lines, arrive early. In addition, a variety of food trucks will keep your family fueled throughout the day.

The party continues into the night at the South Towne Promenade, when the balloons will settle back down to the ground for the Balloon Glow. Chat with the pilots while lights keep the balloons in view, and the rest of the event will stay bright with black lights. Wear white, and you'll light up just like balloons. Mimi Knowles, a pop/funk/soul musician from Provo, and winner of the 2013 Velour Battle of the Bands (previously won by Imagine Dragons and Neon Trees), is scheduled to perform. If you forget to wear white, fear not—face painters will have white paint to keep you just as illuminated as everyone else. (Kathleen Stone)
Sandy Hot Air Balloon Festival @ Storm Mountain Park, 11400 S. 1000 East; South Towne Promenade, 10000 S. 173 West, 801-568-6097, Aug. 12-13, 7 a.m.-10 p.m., free. Sandy.Utah.gov 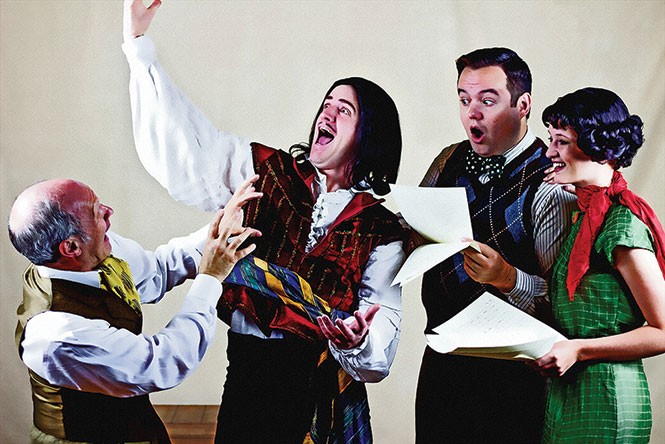 SATURDAY 8.13-8.22
Good Company Theatre: Pirated!
Once upon a time, movie stars had only one job: to look pretty. And then along came sound, the capability to capture voices at the same time as pictures. Suddenly, the game changed, but it didn't do so overnight. In the transition from silent films to talkies, there was an awkward in-between stage in which the seasoned performers weren't quite yet obsolete, but their skill sets were suddenly lacking in significant ways. And there wasn't time to wait for the next generation before films-in-progress were produced. Something had to be done quickly—but what?

It is this strange limbo time that Pirated! capitalizes on. Created, directed and choreographed by Utahn Jim Christian, the show is a funny play on an already-funny play, The Pirates of Penzance by Gilbert and Sullivan.

Pirated! involves a director with a tendency to micromanage, who finds himself forced to confront the issue of sound movies. His answer? Create two casts—one of silent stars with visual aesthetic but no vocal talent whatsoever, the other of skilled vocalists with no idea what to do with a camera in their faces— and hope that the abilities of one will cover for the other.

Of course, nothing is ever so simple. It isn't long before both groups have made it clear they have no interest in collaborating. The director's overbearing efforts to pull his shoot together, despite the antagonism dripping from his performers, makes for an entertaining show. How could it not, with its easy access to celebrity mockery, a guilty pleasure of practically everyone? (Casey Koldewyn)