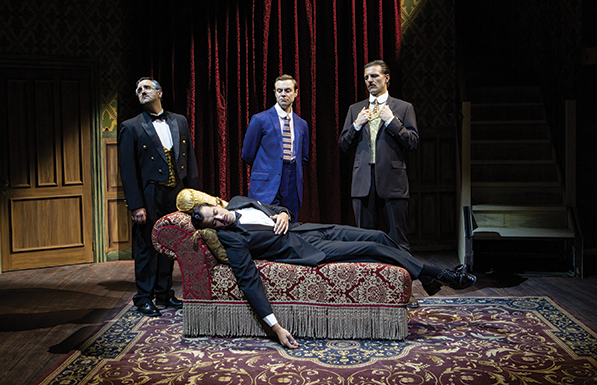 THURSDAY 12/12
Pioneer Theatre Co.: The Play That Goes Wrong
We all know that in life, things often don't go as planned. The 19th century poet Robert Burns put it best: "The best-laid plans of mice and men oft go astray."

Of course, it's often fun to witness the follies of others. Which is one reason that the fanciful Broadway farce The Play That Goes Wrong provides such an appealing narrative. Combining the sheer silliness of Monty Python, the eternal insanity of the Marx Brothers and the Three Stooges, and the whodunit intrigue of Sherlock Holmes, it follows the mayhem that ensues on opening night of a fictitious play titled The Murder at Haversham Manor. What the audience is really watching, however, is a production gone awry—thanks to a bumbling leading lady, a corpse that won't play dead and a cast that fumbles their lines (and everything else). It's proverbial mayhem at every turn.

"I survey our audience members every season asking what plays they want to see," artistic director Karen Azenberg says in a news release. "Last year, over 90% of our responders requested this hilarious, fast-paced comedy. That is unheard of! We are fortunate to be one of the only theatres in the country granted the first rights to produce this piece."

While it's generally inappropriate to laugh at other people's expense, this play within a play offers guiltless indulgence. Happily, the joke's on someone else. (Lee Zimmerman) 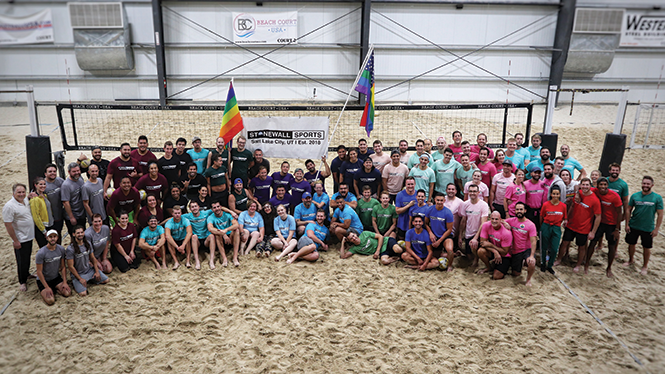 Kyle Manwaring, marketing director, says that while the event will specifically benefit LGTBQ organizations, it's geared toward a broader audience. "You don't necessarily have to be a member of the LGBT community or have close connections," he says. "It really just is open to everyone—anyone and everyone can come and we want people to feel welcome."

Team registration for basketball, bowling, dodgeball and trivia is $100; pickleball is $50; and roller derby is $200. If you aren't feeling up to competing, Manwaring says anyone can come support a team for free.

If sports aren't your thing, Unity Fest is also hosting a kickoff party and concert, a "Beer Bus" night with drinks from four local bars, a dance party and a free family game night.

"It's not just supposed to be a sports festival for the LGBT community," Manwaring says. "We want it to be for the whole community to come together and support each other." (Kylee Ehmann)

THURSDAY 12/12
Repertory Dance Theatre Link Series: Speak
Without community support, dance is just a bunch of people wandering around. Or perhaps only a choreographer envisioning a piece. As part of its mission, Repertory Dance Theatre provides independent choreographers infrastructure and advisory support in producing and marketing their shows, while retaining artistic autonomy and control.

Salt Lake City-based choreographer Dan Higgins is behind Speak, a 70-minute performance that marks his third full evening as a director and producer. Higgins says the main idea is the interaction between movement and voice. "The body has its mannerisms when people talk about or show something they truly believe or love. There's always interplay between the two," he says.

What connects Higgins' past work and Speak, he notes, is that "it heavily plays off of my current state of mind and how I utilize my thoughts, everything around me, how I'm interacting with people and how life is going. Not that it dictates the work, but it definitely influences it heavily, so that's an interesting thing to be aware of."

In Speak, the theme is tied to past explorations. "I'm very curious in my own studies about how the voice threads through the theatrical environment stemming from movement," Higgins says.

Earlier this month, RDT hosted "WOFA Wontanara: Let the Rhythm Move You" from WOFA Dance Co. Allowing different artists to take the floor is a way to better democratize the space. (Casey Koldewyn)

FRIDAY 12/13
Jan Brett: The Tale of the Tiger Slipper
For nearly 40 years, Jan Brett has been creating delightful picture books, folding charming animal characters into stories from legend and folklore like The Mitten, Trouble With Trolls and Hedgie's Surprise. Her latest offering, The Tale of the Tiger Slippers, finds her in familiar territory of tales as engaging to look at as they are to read.

Based on the Indian folk tale "Abu Kassem's Slippers," The Tale of the Tiger Slippers focuses on a hard-working tiger cub living among the roots of a banyan tree, who receives the gift from his mother of a pair of slippers that allow him to labor on rocky, thorny surfaces. His industriousness eventually leads the tiger to great wealth, but also means that the slippers that allowed him to achieve so much have grown worn. When someone wonders why the successful, prominent tiger wears such shabby slippers, the tiger becomes ashamed, and repeatedly attempts to discard them—only to find them returning to him in interesting ways.

Brett captures this story of taking pride in one's humble origins with her usual lush illustrations, full of flourishes and marginalia. As part of her national tour, Brett brings her bus to Herriman's Providence High School for an appearance that will share not just the inspirations for the new book, but a live drawing demonstration. The author will make every attempt to sign all books, limited by crowd size, with signed bookplates available to those who might be unable to receive a personalized autograph. (Scott Renshaw)