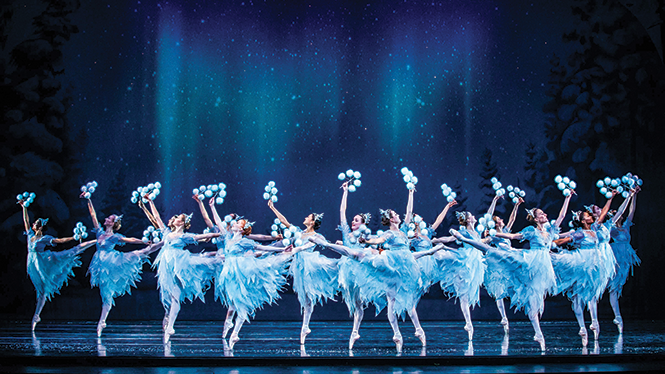 Ballet West's The Nutcracker KSL broadcast
This strange year's strange holiday season might feel a little less strange with some familiar entertainment as part of it. While the closure of Salt Lake County arts venues forced the cancellation of Ballet West's beloved annual production of The Nutcracker, those who have made it a tradition for all or part of its 65-year history can still get a dose thanks to a first-ever broadcast presentation.

In partnership with KSL-TV, Ballet West will present The Nutcracker commercial-free on three nights—Dec. 24, Dec. 25 and Jan. 1—beginning at 5:30 p.m. MT, and subsequently available to stream on KSL's free app. Those who grew up with the story in any of its many forms know and love E.T.A. Hoffman's story of a young girl who befriends a nutcracker that comes to life on Christmas Eve to battle the Mouse King. The familiar, beautiful music of Tchaikovsky is set to the legendary choreography of Ballet West co-founder William Christensen.

"There is no more important time to give this gift to our community than now," Ballet West Executive Director Michael Scolamiero says via press release. "Our classic version ofThe Nutcracker will provide the entertainment and inspiration that many will need, especially since gatherings with extended family and friends are strongly discouraged."Support of Ballet West, however, is strongly encouraged, and those who plan to enjoy the broadcast performance can help keep the company strong by visiting balletwest.org to make a donation, or buy tickets for a scheduled upcoming 2021 production. (Scott Renshaw) 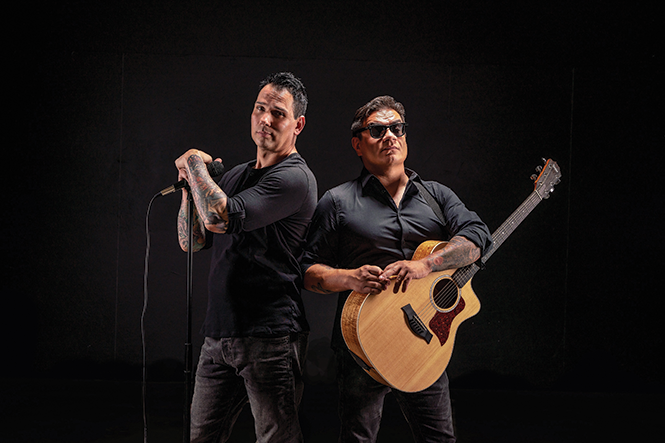 Marcus & Guy
When you live in "flyover country," it's easy to think that all the great entertainment comes from the coasts. We should take a little more time to appreciate our home-grown talent, particularly in the rich local comedy scene. And while it continues to produce new funny voices, we shouldn't sleep on terrific veterans like Marcus & Guy.

Before 2012, Marcus Hardy and Guy Siedel weren't Marcus & Guy, but simply two stalwarts of the Utah comedy scene who had managed some success on the national level, including Marcus's appearance on Last Comic Standing. But they discovered that their shared love and deep knowledge of music made them a perfect pairing, leading to the creation of a duo act that takes advantage of Siedel's skills on the guitar and Marcus's "man of a thousand voices" impression talents. The resulting show is constantly changing, yet consistent in finding humor in musical notions like, as Marcus puts it, "no matter what you think you like, and what you think you don't like, you're wrong—it's all the same." From Michael McDonald to Third Eye Blind, it's a goofy celebration of popular songcraft across genres, all delivered with Marcus & Guy's wildly entertaining comedic punch. 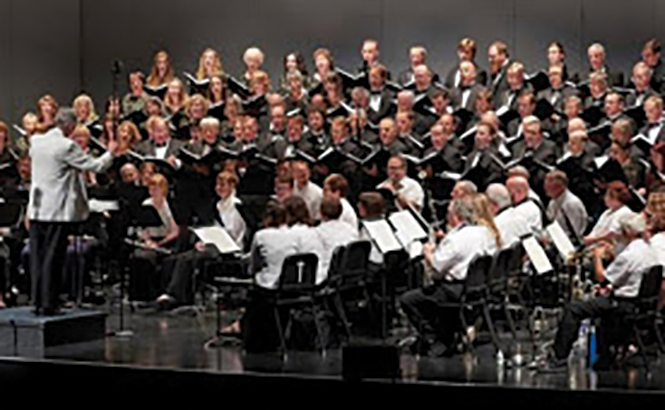 AFCO Christmas from Home
Throughout the pandemic, we've missed performances by organizations we're all familiar with, and love. One upside of this terrible time, however, has been the opportunity to get acquainted with performing arts groups you might never have known about previously, thanks to the chance to catch their performances online. And while those of us along the Wasatch Front have plenty of great symphonic and choral music right in our backyard, you should also know about the relative newcomers from up north: the American Festival Chorus and Orchestra.

Founded in 2008 by Dr. Craig Jessop, the Logan-based AFCO brings its performances and educational programs mostly to Northern Utah. This holiday season, however, the groups traditional annual holiday show has moved online for a "Christmas from Home." The program is scheduled to include carols and other seasonal favorites including "I Saw Three Ships," "Joy to the World" and "Silent Night," plus USU Piano Department faculty Kevin Olson and Cahill Smith performing a piano duet version of "Sleigh Ride." Viewers will also get a performance of Kurt Bestor's "Ding Dong Merrily on High" featuring the Highpoint Clydesdales, a preview video of 2021 Christmas guest artist Octave, and even a visit from Santa Claus himself.

The link to the performance will be available through Jan. 3 at americanfestivalchorus.org. While the performance is offered free of charge, you can also donate at the AFCO website, and show your appreciation for this fantastic dose of holiday-season spirit offered directly to you, wherever you happen to be. (SR) 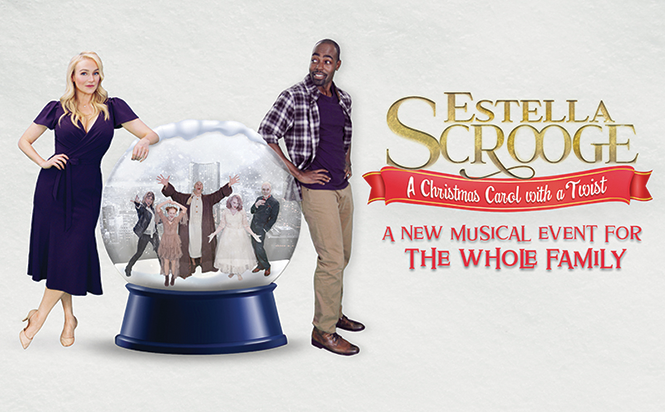 The Grand Theatre Online: Estella Scrooge
Necessity, we are so often told, is the mother of invention—and that's certainly been true for theater professionals during this pandemic. New modes of storytelling have been created to bring stories to audiences where they are, combining new technology with the fundamentals of theater. So it's fitting that a new version of one of the most tried-and-true Christmas tales is also using innovative virtual methods to say "God bless us, every one."

Estella Scrooge, as the title might indicate, offers a spin on Charles Dickens' beloved holiday classic A Christmas Carol, with the modern-day equivalent of the miserly Victorian-era banker in a contemporary Wall Street tycoon (Betsy Wolfe) who happens to be an ancestor of the infamous Ebenezer. The narrative, created by Tony Award-nominated composer Paul Gordon (Jane Eyre) and Tony Award-winning director John Caird (the original Broadway production of Les Misérables), employs cutting-edge green-screen production, animation and other digital tricks to enhance the recorded live performances of a supporting cast including Tony Award nominees Danny Burstein, Lauren Patten, Patrick Page and Carolee Carmello. And just in case you still think it's just another A Christmas Carol, the original songs are combined with a lively Dickens mash-up that also includes elements of stories like Great Expectations, Little Dorrit and Bleak House.

Locally, this world-premiere musical event is presented by The Grand Theatre, with tickets ranging from $22.99-$44.99 available through Dec. 31 via grandtheatrecompany.com. Wrap up your holiday season with an intriguing interpretation of a classic tale about humanity and compassion. (SR)