The Essential A&E Picks for December 7-13

The Night Before Christmas, Holiday Hits, The Irreplaceables Tour and more.

Truth be told, it bears little resemblance to that hallowed Yuletide poem first published anonymously in 1823, and later attributed to author Clement C. Moore. In this rendition, a young girl named Alexandria falls asleep after a Christmas party. When Alexandria awakens, she finds herself in the presence of the Christmas Fairy, who then takes her on a magical tour that includes Santa's workshop, the Kingdom of the Sweets, the Christmas Fairy's Palace and, eventually, Mother Goose's Storybook Land. All goes well until Horrible Hateful Harry and his Grinches arrive, and declare their intent to kidnap Santa.

Perhaps it's a parable about a really scary Black Friday shopping trip.

Written and directed by Neil Hess and featuring dancers of all ages, this production is a family-friendly affair. Besides, with all the actual Horrible Hateful Harrys in the world, fairies, elves and storybook characters provide a nice respite. Merry Christmas to all, and to all a good night at the theater. (Lee Zimmerman) 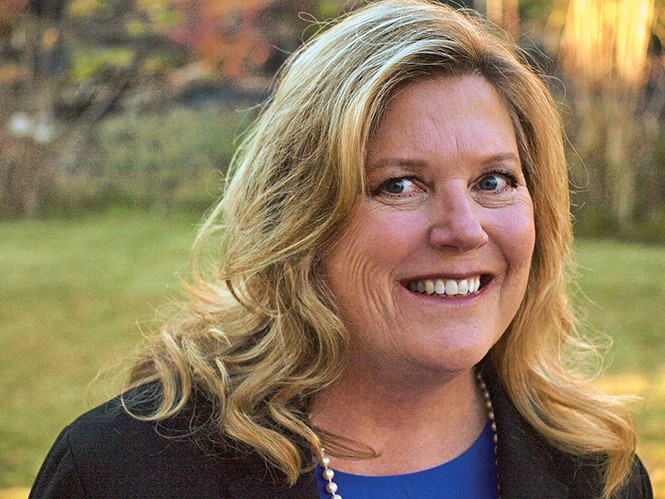 While attending Florida State University, Lehmann discovered writing and journalism, finding her greatest interest in being "a real journalist ... [to] put my interview skills to work as a writer." She refers to her trademark true-crime genre as a "gathering of events," and describes her work as creative non-fiction.

Visions of Ted Bundy is inspired by actual events in the early hours of Jan. 15, 1978, when five students were savagely attacked—two fatally—on the FSU campus. In the book, newspaper reporter Helen Baxter is approached by a music student named Joseph, who offers assistance to find the killer. With his visions, a suspect is arrested—but what is the link between Joseph and the killer?

Echoes from the Mind marks the return of Helen Baxter in a case involving the murder of five college roommates in their apartment, once again employing psychics in the investigation. As the search for the killer leads down a path of frightening discovery, Baxter is certain of one thing: Some experiences defy explanation.

Lehmann is currently working on two new novels. But she doesn't need a psychic to know the ending. (Benjamin Benally)

TUESDAY 12/12
Holiday Hits with Midtown Men and Utah Symphony
If this time of year has you feeling sentimental for some elusive, dreamy-filtered Golden Days of Christmas Past (and you just can't seem to shake memories of that special December night back in '63) then look no further than The Midtown Men and Utah Symphony's upcoming salute to the '60s.

While they might have found their sweet spot in the sounds of the '60s, The Midtown Men proved they can keep it contemporary, too, with the release of their first radio single—a reimagining of the bouncy 1990s pop carol "All Alone on Christmas"—produced by rock icon and friend of the band Steven Van Zandt. "Sometimes the best projects are the ones that are the most unlikely. And quite often, like this one, they turn out to be the most fun," the erstwhile Sopranos star and E Street Band member said in a press release about his collaboration with the group. "They have conquered the recording studio the same way they took Broadway. The Midtown Men have arrived." (Samantha Herzog)

The production is a high-energy opportunity for fans to interact with three of their all-time favorite cast members in a brand new way. Not only does the tour offer performances by Lukasiak, Kendall Vertes and Kalani Hilliker, but the three Dance Moms stars lead workshops teaching fans of any skill level how to dance, sharing their talents with the communities that love them.

Lukasiak is thrilled about the opportunity to interact with her fans on an educational level, saying during a phone interview that she was asked to teach a dance class before, and she "loves teaching so much." When asked what she is looking forward to most about The Irreplaceables Tour, she says she's "really excited to meet the fans, and to perform. It's a really magical experience." She loves letting fans know that "their support means the world. [We] are excited and happy, celebrating dance and being together—just talking about it makes me so excited!"

The Irreplaceables Tour is a one-of-a-kind chance for fans to learn from the three dancers as well as to watch some breathtaking performances. "As a dancer," Lukasiak says, "there is no better feeling than knowing that you've danced your heart out." (Andrea Wall)