The Essential A&E Picks for March 2-8 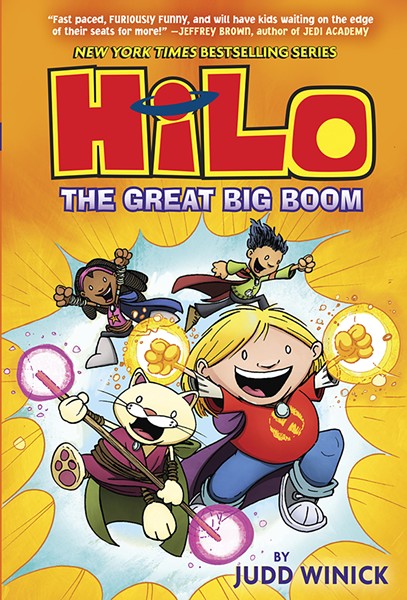 THURSDAY 3.2
Judd Winick
You could call Judd Winick a modern cultural phenomenon for any number of reasons. A popular comic book author whose work spans a variety of genres, he first made his mark in the graphic-novel industry. He came to prominence as a cast member of the pioneering MTV reality show The Real World, in which he was one of the San Francisco housemates of AIDS activist and educator Pedro Zamora (as well as his eventual wife, Pam Ling). The two formed a lasting bond that lasted until Zamora's dying day.
Winick's friendship with Zamora led the innovative author to integrate concerns about AIDS and other pressing social concerns into his story lines, while expanding his reach from innovative takes on classic superheroes to his own original comic strips and an animated television series The Life and Times of Juniper Lee on Cartoon Network. "Ever since I was little, I only wanted to be a cartoonist," he writes in an email interview. "I wanted to make things up and draw them."
Winick's currently promoting Hilo, a line of comic books created for kids; the latest is titled The Great Big Boom. "For over a decade, I wrote superhero comics," he says. "The current slate of superhero comics, including the ones I was writing, were geared toward older kids and grown-ups. So we set about getting some comics that kids could read. Hilo is the culmination of everything I've done as a storyteller. Comic strips, superhero books, animated TV—all of it, rolled into one loud, full-color package." (Lee Zimmerman)
Judd Winick: The Great Big Boom @ Viridian Event Center, 1825 W. 8030 South, West Jordan, 801-484-9100, March 2, 7 p.m., kingsenglish.com 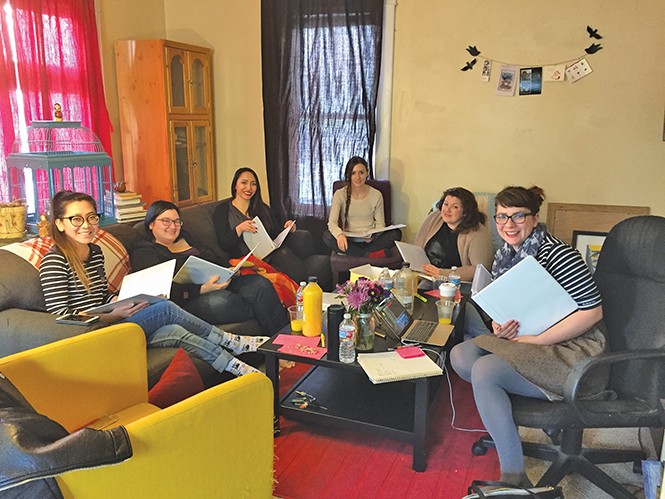 TUESDAY 3.7
(in)active Mormon women: an ethnodrama
During an intensive program at a theater in Los Angeles, Janice Jenson found people kept asking, when they found out she was from Utah, if she was Mormon. The answer wasn't simple; although she was raised in the LDS church, she already had transitioned away from active membership. "I had to keep explaining a lot," Jenson says in a phone interview. "And I realized that was a really important thing to explore."
Jenson, a Westminster College student working on her masters in community leadership, explores the journey away from Mormonism in (in)active Mormon women, which began as a project for her degree. Fifteen women—also inactive Mormons—were interviewed in "story circle" groups, and their narratives were then transcribed and turned into the script for this one-night-only production. A mix of professional and non-professional actors comprise the six-woman cast. "When you create a piece about a community," she says, "you need to include people from that community."
Since Jenson herself was only 21 when she left the church, she found that the stories addressed a wide variety of experiences different from her own, including divorce, suicide, sexual abuse and dealing with a child coming out as gay. She has already gotten a sense for the power of telling these stories in initial read-throughs, after which audience members are asked to do introductions. "They immediately tell their own story, going into really beautiful, hard details from their lives," Jenson says. "That tells me this is a really needed project." (Scott Renshaw)
(in)active Mormon women: an ethnodrama @ Salt Lake Acting Co. Chapel Theater, 168 W. 500 North, 801-363-7522, March 7, 7 p.m., saltlakeactingcompany.org 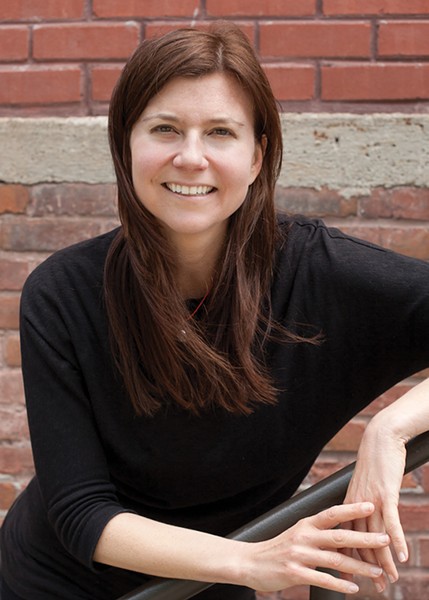 TUESDAY 3.7
Naomi Starkman: The Rise of the Good Food Movement
Now more than ever, Americans are demanding transparency and ethics when it comes to their food and where it comes from. They want it to be healthier, safer and more responsible in its production than ever before, and this can only be ensured through educating the public. The Natural History Museum of Utah contributes to this effort with a lecture series based around food.
This week's featured speaker, Naomi Starkman, is founder and editor-in-chief of Civil Eats—an award-winning daily news source educating the public on the American food system. She was a John S. Knight journalism fellow at Stanford, and helped found the Food and Environment Reporting Network. With this experience both in journalism and in food, Starkman is quickly becoming an authority on healthy eating in the United States. Michael Pollan, the renowned food activist and author of The Omnivore's Dilemma, called her "one of the most influential" people in the food movement. "We're living in a new paradox," Starkman said in a 2016 interview with the New York City Food Policy Center. "Never before have we been so overfed and undernourished."
Join Starkman at the NHMU and learn from an expert about the social and cultural ties to food, as well as how it can influence business, government and communities. Start by educating yourself. (David Miller)
Naomi Starkman: The Rise of the Good Food Movement @ Natural History Museum of Utah, 301 Wakara Way, 801-581-4303, March 7-8, 7 p.m., free, nhmu.utah.edu 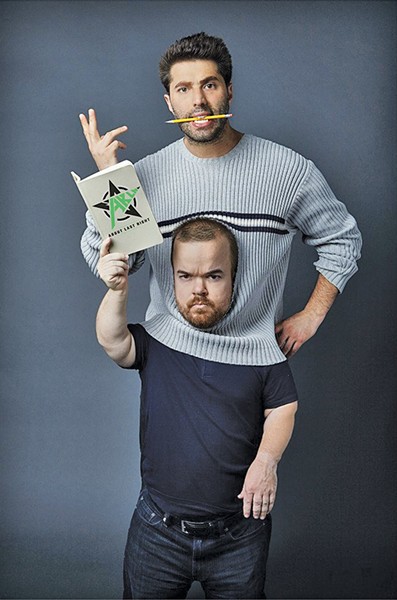 WEDNESDAY 3.8
Adam Ray and Brad Williams: About Last Night
When it comes to podcasting these days, it's a rarity to feel like you're a part of the conversation, or even in the room. A lot of shows take a direct approach toward interviews and content, and often it feels like you're being talked to rather than listening in. But it's a completely different vibe when you're listening to About Last Night.
Hosts Adam Ray and Brad Williams share stories of their stand-up lives on the road and give listeners a better perspective of what it's like to be a 21st-century comedian. But it's not just two guys getting drunk on their patio and relating funny anecdotes. Both men have purpose and reason for giving you a brief glimpse into their lives as they try to make sense of a business that often makes absolutely no sense.
The duo's guest list also reads like a who's-who of professional comedians and writers, along with up-and-coming celebrities and geeky people whose minds they want to pick. You ultimately feel like you just walked into a bar and found some old friends hanging out in the corner as they catch up.
Ray and Williams bring their podcast to Wiseguys for a special one-night event, recording an episode for a live audience. No guests have been announced, but that doesn't mean they won't surprise us. At the very least, you'll get a chance to see two men who genuinely like sharing their stories in a more candid way than many better-known comedians. (Gavin Sheehan)
About Last Night @ Wiseguys SLC, 194 S. 400 West, 801-532-5233, March 8, 7 p.m., $25, wiseguyscomedy.com