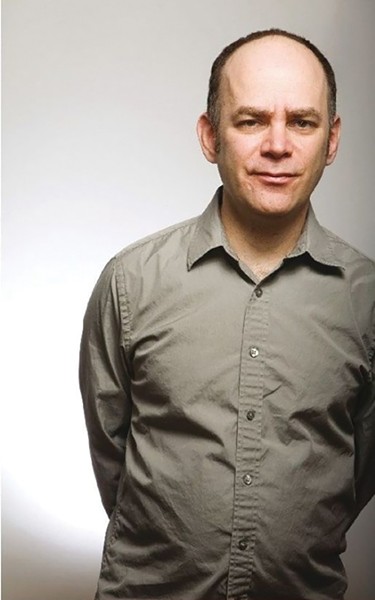 THURSDAY 2.23
Todd Barry
With his low-toned voice that sounds almost completely devoid of emotion, Todd Barry has made himself the alternative to alternative comedians. His delivery, timing and approach to storytelling are examples of what teachers of acting and comedy would tell you not to do. But for Barry, this package has made him a standout star and a must-see act when he's on tour.

With four live albums to his credit—along with a number of stand-up specials and appearances on television ranging from Louie to Squidbillies—Barry has become one of the most recognizable voices in comedy. That voice has been featured in animated programs like Space Ghost: Coast to Coast and Aqua Teen Hunger Force. His latest tour has been taking him across the U.S. as he prepares for a brand-new special with all new material, his first since 2012's Comedy Central special Super Crazy. "I'm preparing to tape an hour special, so my set will be whatever jokes I've written over the past few years that aren't already on a special," Barry says in an online chat.

He visits Salt Lake City for a one-night-only engagement, bringing with him stories of touring, interactions with fans and celebrities and observations on food. It's a shame we won't get him for more than an evening, but if you happen to run into the man sometime before that, be sure to recommend him some local grub. "I really enjoyed my last show at Wiseguys in Ogden. I won't be in SLC for very long, but hopefully I'll find some good food and coffee," he says. (Gavin Sheehan)
Todd Barry @ Wiseguys SLC, 194 S. 400 West, 801-532-5233, Feb. 23, 7:30 p.m., $20, wiseguyscomedy.com 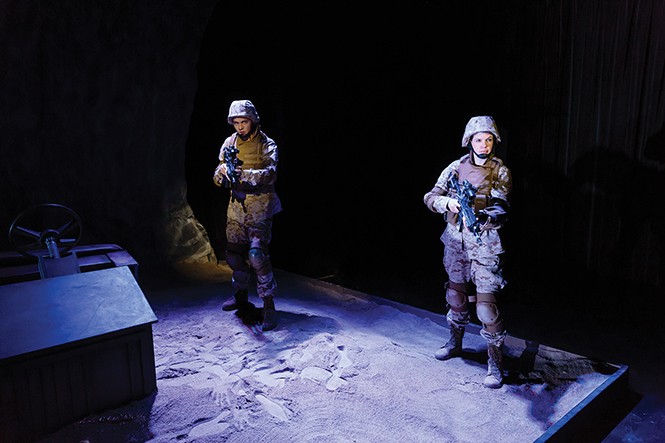 THURSDAY 2.23
Salt Lake Acting Co.: Harbur Gate
War affects everyone differently—especially those who experience it firsthand. In Kathleen Cahill's Harbur Gate, several U.S. Marines react to the same situation in contrasting ways. But there's a similarity among all of them: What they endured changed their lives, and not necessarily for the better.

Told in three parts, the play starts in 2005 with Chad Conroy (Matthew Sincell) potentially earning a Purple Heart. He and Carey Pollack (Natalia Noble) were medics in a convoy when it was hit with an improvised explosive device. Although they saved many lives, Carey is reluctant to relive the harrowing ordeal.

That incident is shown in flashback during the second section, with Alyson Moss (Cassandra Stokes-Wylie) driving Vincent Russo (Topher Rasmussen) on the road between Harbur Gate and Mosul, Iraq. Their conversation meanders from misogynistic to why Alyson is driving in the first place—she replaced a fellow Marine who had food poisoning. That Marine was Michelle Kessler (Ariana Broumas Farber), who bumps into John Sullivan (Lane Richins), a blind artist, in a park. For the first time, Michelle finally admits why she wasn't on that convoy.

The trauma these soldiers endured carries through each part of the story. While there's a connection between Carey and Alyson, the link from Alyson to Michelle feels less well-developed. Still, it's difficult to deny the impact a play like Harbur Gate has on audiences. War is hard for many of us to understand. The aftermath is even more so. (Missy Bird)
Salt Lake Acting Co.: Harbur Gate @ 168 W. 500 North, 801-363-7522, through March 12, Wednesday-Saturday, 7:30 p.m.; Sunday, 1 p.m. & 6 p.m., $26-$40, saltlakeactingcompany.org 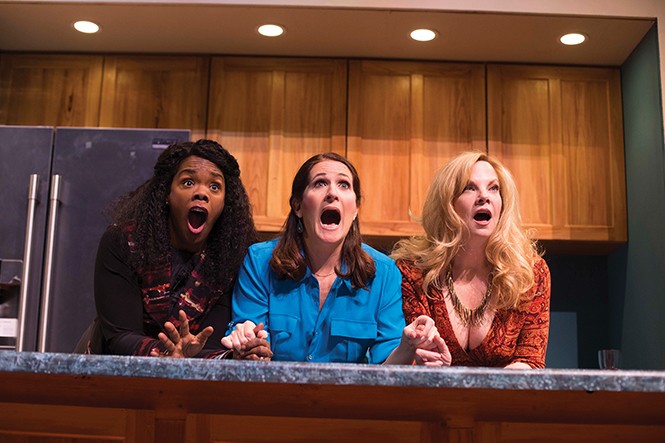 FRIDAY 2.24
Pioneer Theatre Co.: Women in Jeopardy!
Farce is hard; farce that actually tries to include a message is even harder. So all credit to playwright Wendy MacLeod—and the production team at Pioneer Theatre Co.—for delivering broad and brassy comedy with a bit of an emotional kick.

The premise, on its face, is fairly outlandish: Middle-aged Salt Lake City divorcées Mary (Anne Topegin) and Jo (Rosalyn Coleman) become convinced that the guy their pal Liz (Elizabeth Meadows Rouse) is dating—a dentist named Jackson Scull (Joe Gately)—might be responsible for the recent disappearance of one of his hygienists. And when Liz' teenage daughter Amanda (Betsy Hellmer) plans a weekend camping trip with Jackson, they're sure her life is at risk.

Director Karen Azenberg has a lot of pieces to set up during the first act, and the result is a play that takes some time not to feel forced. The momentum definitely picks up once Amanda and her estranged boyfriend Trenner (CJ Strong) play more of a significant role; their over-the-top comic chops as the prototypical bimbo and the prototypical snow bum, respectively, make for some of the most hilarious scenes. Meanwhile, MacLeod is telling a sharp story about protective female friends trying to navigate their next phase of life. And with Tolpegin's Mary providing the (relatively) sane center, Women in Jeopardy! complements its big laughs with a bit of wisdom. (Scott Renshaw)
Women in Jeopardy! @ Pioneer Theatre Co., 300 S. 1400 East, 801-581-6961, through Feb. 25, Thursday, 7 p.m.; Friday, 7:30 p.m.; Saturday, 2 p.m. & 7:30 p.m., $29-$44, pioneertheatre.org 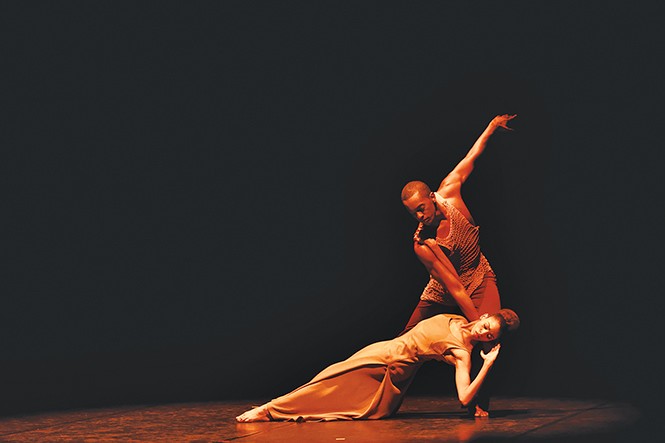 FRIDAY 2.24
Alvin Ailey Dance Co. II: Revelations
On March 30, 1958, choreographer and activist Alvin Ailey and his young dance troupe initiated a journey that would forever change the course of modern dance. Ailey helped bring it to the masses by reimagining its performance through the cultural filter of the African-American experience, and its impact on the nation as a whole. Soon to become a worldwide sensation, Ailey and company were deemed America's "Cultural Ambassador to the World."

Nearly 60 years later, that legacy endures through Ailey II, the newest incarnation of the Alvin Ailey American Dance Theater family. Revelations made its bow on Jan. 31, 1960, and has since become the company's signature presentation. A dramatic series of expressive, interpretive dances that encapsulate the African-American tenuous journey from slavery to freedom, it's accompanied by music closely identified with that cultural transition in the form of blues and gospel. Ailey himself referred to the work as "blood history." Dance Magazine called it "second to none."

Ailey II's history with the Eccles Center dates back to 1998—the venue's premier season—and the company has returned on a regular basis over the course of the two decades since. Teri Orr—executive director of Park City Institute, the presenting arts organization—is quoted in a press release as saying, "You cannot watch that powerful, exhausting, beautiful piece filled with gospel music and not feel like you have been both schooled and churched." We couldn't agree more. (Lee Zimmerman)
Alvin Ailey Dance Co. II: Revelations @ Eccles Center for the Performing Arts, 1750 Kearns Blvd., Park City, 435-655-8252, Feb. 24-25, 7:30 p.m., $29-$79, ecclescenter.org