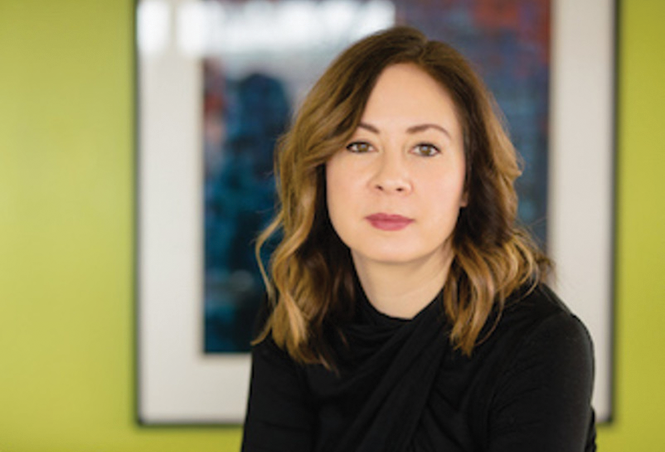 King's English online: Paisley Rekdal: Appropriate and Todd Robert Peterson: Picnic in the Ruins
Sometimes a double-feature offers a thematic connection—a pair of horror movies, or a duet of romantic comedies. And sometimes, it's a pairing that presents a variety, allowing those with one particular interest to, perhaps, find an interest in something new.

This week, The King's English Bookshop presents a virtual author event showcasing two very different writers and their work. First, Utah poet laureate Paisley Rekdal (pictured) approaches the fraught subject matter of "cultural appropriation" in writing in her new book Appropriate. Putting on her hat as a creative writing instructor at the University of Utah, Rekdal digs into both the history and the contemporary controversies surrounding writers speaking in voices unlike their own, using examples of those who have done it with empathy and how the power of cultural whiteness has shaped literary discourse.

The focus shifts from non-fiction to fiction with Todd Robert Peterson's novel Picnic in the Ruins. It follows anthropologist Sophia Sheperd as she researches the impact of tourism on cultural sites at the Utah-Arizona border, and crosses paths with a pair of inept small-time criminals. The result is an often-comic investigation of the ethics of preservation and who gets to "own" the past, all tangled up in hot-button issues like oil exploration on public lands.

This two-part conversation takes place via Crowdcast, free but with registration required, on Thursday, Feb. 25 at 6 p.m. Visit kingsenglish.com for additional information and link to registration. (Scott Renshaw) 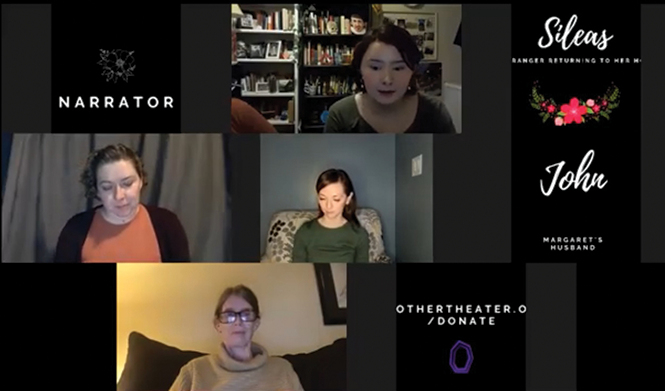 An Other Theater Company: Tethered
At the opening of Utah playwright Chelsea Hickman's new one-act play, Tethered, a minister in 1653 England delivers a sermon on the inherent wickedness of woman, a nature born out of being created from a bent rib. An Other Theater Company presents a virtual reading of this new work, which explores assumptions about female roles that may be just as true now as they were 400 years ago.

The center of Tethered is Margaret, a pregnant wife and mother in a town outside of London. Margaret becomes fascinated with her new neighbor, a woman named Sileas who has skills as a healer and midwife—talents which place her precariously close to those which can have a woman labeled as a witch, as the town gossips suggest. And when Margaret's husband goes missing, suspicions arise—while Margaret herself isn't entirely sure if his disappearance is something to be mourned or celebrated.

In a playwright's note, Hickman observes, "Though I've never been accused of witchcraft, I have beenaccused of sinning. I have been accused of being a flirt, and in the same breath, accused ofbeing a prude. Sometimes, others' voices are louder than our own. It came to a point that Ibelieved those accusations. I believed the reputations others gave me. Their rumors, theirjealousy, their lies, their hate. I was tethered to them, rather than to my own identity."

Tethered includes content warnings for sexual violence, with other information available at anothertheater.org. The streamed reading is available free through March 6, with donations encouraged. (SR) 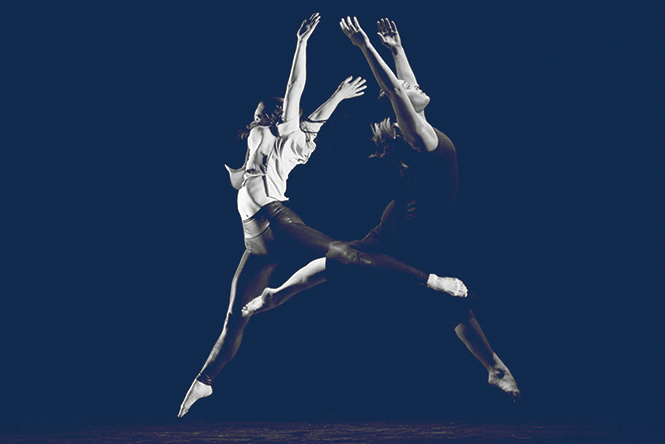 RDT: Regalia
Every year, Repertory Dance Theatre offers a choreography competition showcasing exciting new work. While that work isn't going to take place in front of a live audience in 2021, there's still a chance for viewers to enjoy the fruits of these creative labors—and even help decide the best of the best.

Beginning Feb. 22, at-home viewers have had the opportunity to view the program of works by four choreographers via rdtutah.org. The participating choreographers include Ruby Cabbell, currently a performer with Wasatch Contemporary Dance Company; Kaley Pruitt, founder of New York-based Kaley Pruitt Dance; Anne Marie Robson Smock, a Salt Lake City native and University of Utah graduate currently based in Brooklyn; and Lauren Simpson, currently an artist-in-residence at San Francisco's ODC Theater. While viewing is free, you can get a chance to vote on which choreographer will receive the big prize—a commission to produce their work for RDT's next season—by making a $25 donation to RDT per vote. You can also participate in a silent auction to raise additional proceeds for the company, or get a VIP ticket package for $25 with perks that include a snack-basket delivery and invitation to a post-performance live-stream party.

It all leads up to a live-stream event on Saturday, Feb. 27 at 7 p.m., which will include live performances and announcement of the Regalia winner. Start viewing the work now, and make your voice heard, all while helping support the next generation of dance talent and a great local arts organization. (SR)

Black Hilarity Show @ Wiseguys
Sunday, Feb. 28 might mark the "official" end of Black History Month, but locally, it's going to go out with a bang. Wiseguys Gateway (194 S. 400 West) notes the occasion with a lineup of all African-American comedians bringing the funny.

The event is organized by local comedian T.J. Taylor (pictured), a relatively newcomer to the scene with a sharp-edged sensibility that he showed off in a pre-holiday/post-election show at Wiseguys. "They say that 600,000 people in Utah voted for Trump," Taylor said. "You know what that tells me about Utah? A lot of you motherfuckers lied to me. ... Twenty-five percent of Wyoming voters voted for Joe Biden. Which tells me that one in four people in Wyoming needs to get the fuck out of Wyoming. There's nothing for you there."

Taylor will be joined by other Black comedians including California-based Mac Rome, veteran touring comedian Aaron Westly, ex-Marine Kevin Davis, and local favorite Arvin Mitchell, who relocated to Utah from St. Louis to join the cast of the long-running BYU-TV sketch comedy series Studio C. While it might seem like culture shock for an African-American to relocate from St. Louis to Utah, Mitchell's comedy suggests that he prefers to take a humorous view of differences between cultures. He notes an occasion when he met a friend from India at the gym, who remarked, "'I just lost 13 kilos.' I said, 'And you'resmilingabout it?' You lose 13 kilos whereI'mfrom, you better start packing your bags."