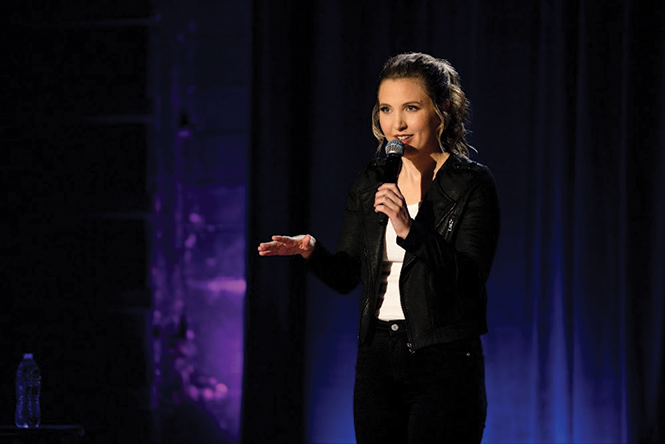 Taylor Tomlinson @ Wiseguys
For decades, women have struggled to be taken seriously in the world of stand-up comedy. It can be even harder when you're a young woman, and harder still when you have the pixie-ish looks of Taylor Tomlinson. Yet despite becoming a headliner around the country when she was barely 25—and a top ten finalist on the ninth and final season of Last Comic Standing when she had only just become old enough to drink legally—Tomlinson has become a distinctive voice in the stand-up world.

That voice is at the forefront of her 2020 Neflix comedy special Quarter-Life Crisis, in which the California native takes the subject of her youth head-on. "People get upset when I complain about being young," she says. "I had a woman come up to me after a show, furious: 'You should really appreciate this time in your life, because some day you're going to have a family like me, and you're really going to miss it.' I'm like, 'Where are your kids buried? I'm just trying to get to my car, Ghost of Christmas Future.' ... What everyone forgets about your 20s is you were garbage. Thinner garbage, but garbage. ... Your 20s are an opportunity to fish trash out of the lake before it freezes over." 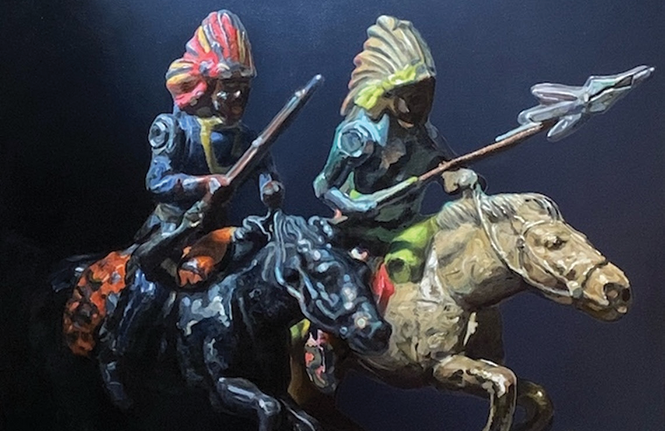 Julie Nester Gallery: In Plain Sight
Representational artworks may in many ways be more accessible than abstract pieces, but that should never be interpreted to mean that representational works are less complex, or reveal less about the artist. In the group exhibition In Plain Sight at Julie Nester Gallery—running now through Feb. 23—several artists offer a case study in how many different ways there are to capture a person, an object or a place.

The subjects in Chad Little's oil on canvas paintings, for example, are quite recognizably human, yet he presents a style of portraiture that's more candid than you'd expect from a posed work. "I paint to create a connection with those that appreciate the absurd and smile when they see their own stories in my paintings," Little says in an artist statement. "Capturing the unrehearsed compositions and offhand smiles between family and friends."

Brad Overton, meanwhile, turns his gaze to a subject as seemingly trivial as vintage toys ("The Crossing" is pictured). Cowboys-and-Indians figurines often interact with other, more contemporary objects, like Polaroid cameras, offering a sense of the passage of time from the children who once played with these troubling representations of the Old West. 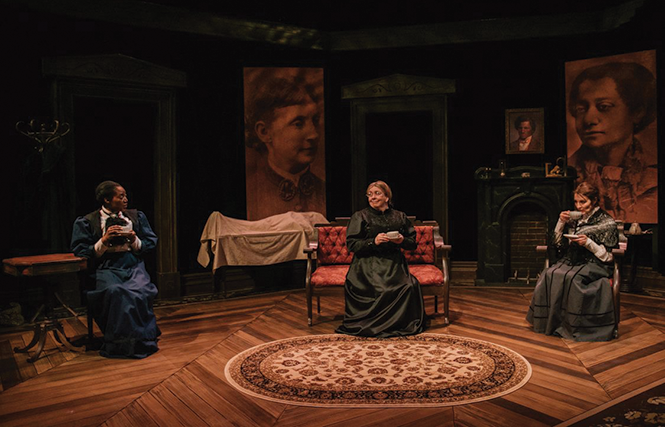 Edward Lewis Theatre Festival Virtual
After relocating to Utah in the late 1990s, theater veteran Edward Lewis—in conjunction with University of Utah Theatre Department faculty member Richard Scharine—revived People Productions, the theater company Lewis had launched in California in 1971 to focus on providing theater opportunities for Black actors and creative artists. A production of James Baldwin's The Amen Corner in summer 2000 launched People Productions in Utah, and the company continued mounting productions for years. But when Lewis died of pancreatic cancer in 2009, there was a question of how Lewis's legacy of supporting Black theatrical voices might continue.

What ultimately followed was the Edward Lewis Theatre Festival, launched in 2010 with the support and participation of multiple local theater companies that were all planning around that time to produce work on African-American themes. Now in its 12th year, the festival again brings together several companies for a presentation of scenes from recent productions. People Productions stages a locally-set adaptation of David Hare's Knuckle; Salt Lake Acting Company offers an excerpt from the recent Four Women Talking About the Man Under the Sheet (pictured); Pygmalion Production presents scenes from Catherine Filloux's White Savior; and Wasatch Theatre Company brings a scene from local playwright Jim Martin's Teacher Truths.

The festival will be presented virtually for 2021 on Sunday Feb. 7 from 2 p.m. – 4 p.m. in collaboration with the Salt Lake City Public Library, taking advantage of the virtual productions that many companies have been recording throughout the past year. Visit events.slcpl.org/events to find out how to join in via Vimeo link. (SR)

Scott Silven's The Journey
At just 30 years old, Scott Silven has the smoldering good looks of a pop idol and the casual, commanding stage presence of a performer twice his age. But he's been studying the art and craft of illusion since he was just a teenager, headlining his first gigs in the U.K. by the age of 21, so the Scottish native isn't so much a precocious genius as he is a hard-working entertainer who only makes his trickerylookeasy.

Silven previously visited Utah in 2018 for his intimate Wonders at Dusk show, and the kind of magic he prefers might actually by ideal for a circumstance in which he needs to perform while people are watching him up close on their computer screens. Silven's virtual, interactive production The Journey finds him offering up his magical mentalist trickery from his home in rural Scotland, bringing audience members directly into the show. This is no pre-recorded show where any of the illusions could be tweaked, but a real-time experience of the talent that has made him an international sensation, working specifically from the information and participation provided by his audience members.

Kingsbury Hall and Utah Presents host the latest performances of The Journey specifically for Utah audiences, Feb. 9-14, with only 30 households/devices permitted for each show. Tickets are $59 per household group; visit utahpresents.org for showtimes and purchasing details, and take advantage of this opportunity to be transported through Silven's mesmerizing gifts without even having to leave your home. (SR)