The Essential A&E Picks for February 22-28 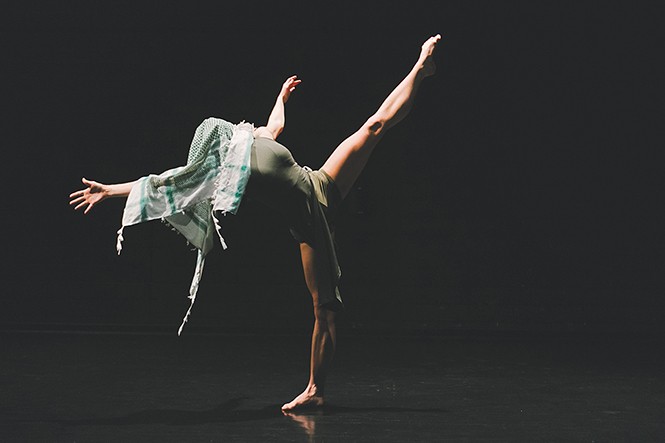 THURSDAY 2/22
RDT: In.Memory.Of.
Last summer, Dan Higgins, a Repertory Dance Theater company member since 2014, premiered his own choreography at the Salt Lake Fringe Festival. The piece blurred the lines between dance and theater—Higgins likes to use spoken-word—and the subject matter was intensely personal: an exploration of his loving but troubled relationship with his father, a decorated Vietnam Green Beret. In the audience that night was Higgins' boss, RDT Executive and Artistic Director Linda C. Smith, who invited him to continue working on the piece as part of RDT's Link Series, which offers independent choreographers a venue to develop and present their works to the public.

Higgins' new work, In.Memory.Of., is an evening-length performance featuring Higgins and five local dancers, a simple stage set and a spoken story—sometimes audible and sometimes not—whose characters range from a little girl to a den of hungry wolves. The characters in Higgins' metaphor-packed story and dance might not be what they at first appear. "I find myself often reflecting on my connection with my father, and now realize how large a role mental wellness played in our relationship," Higgins writes in his choreographer's notes. "This type of trauma, for the individual and their families, I feel warrants more exploration and healing through artistic expression."

Creating In.Memory.Of. has been a journey toward understanding for Higgins, and he hopes that it can be the same for others. Each evening's performance includes a panel discussion involving local organizations like the Department of Veterans Affairs, who continue the conversation the performance initiates. (Katherine Pioli) 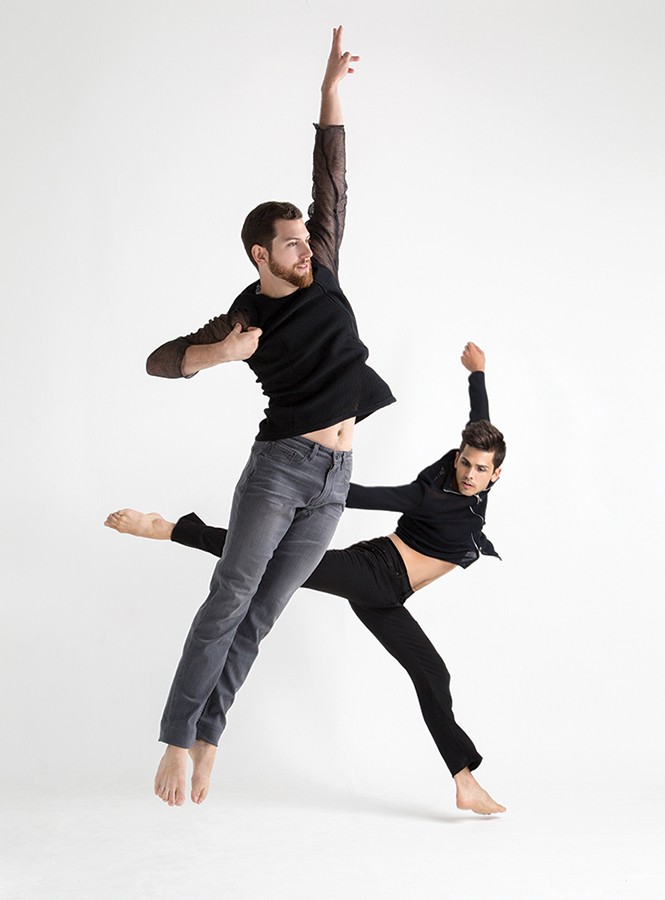 Touring universities throughout the country, Doug Varone and Dancers' newest work is one on faith and beleif titled in the shelter of the fold, and incorporates dancers from the U's School of Dance. Joanna Less, one student scheduled to perform, describes the work as "like an extremely complex organism: Every individual component has its own unique role that must be performed at a precise time in order for it to work. It's thrilling to be inside of it."

In addition to in the shelter of the fold, the evening includes Ririe-Woodbury dancers performing Strict Love, and Charon is also scheduled to perform Short Story with teaching artist, dancer and professor Natalie Desch. Doug Varone himself performs a solo number titled Two Piano Pieces.

"If you like modern dance, you need to come to this performance," UtahPresents Communication Manager Sheri Jardine says. "It will be an evening of powerful choreography performed by very talented dancers." (Casey Koldewyn) 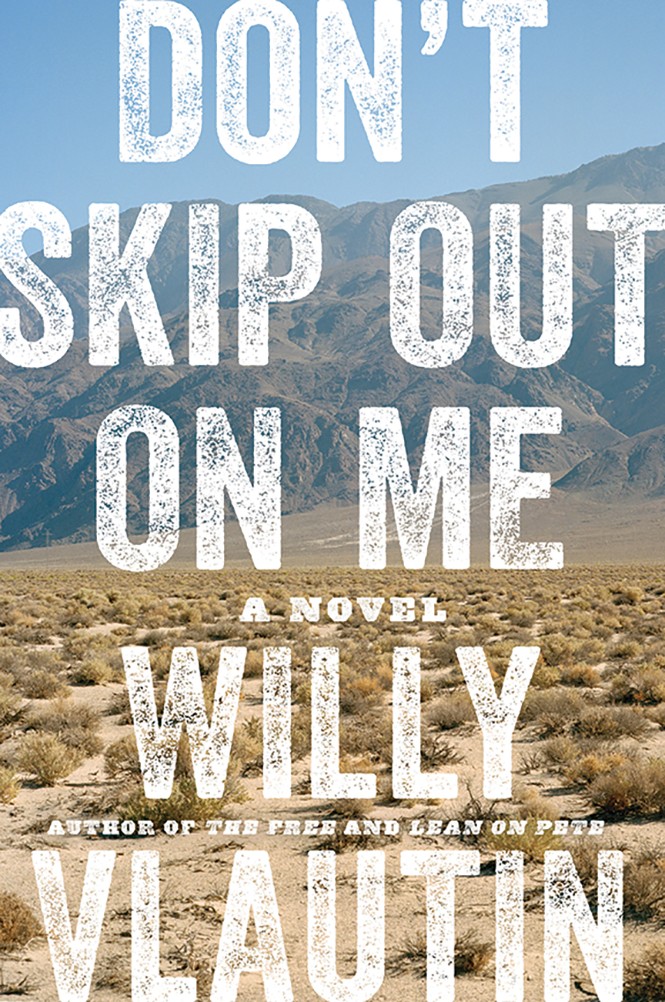 SATURDAY 2/24
Willy Vlautin: Don't Skip Out on Me
As the creative force behind the band Richmond Fontaine, Willy Vlautin has made detailed storytelling an integral part of his M.O. That's evident not only by his band's music, but by the stunning series of novels he's written over the years. Vlautin is seemingly obsessed with loners and losers, characters who live in the shadows, struggling to find hope in the midst of the saddest of circumstance.

To his credit, however, Vlautin turns even the most dire situations into spellbinding scenarios, etching tales that leave a lingering effect. They're both piercing and provocative, courtesy of his richly descriptive style, and yet those harsh and haunting encounters are also conveyed with honesty, intrigue and insight.

Vlautin's latest book, Don't Skip Out on Me, takes those austere themes to a new level. The author himself shares the premise via email: "The book is about an old ranching couple who take in a 14-year-old kid and raise him. They want to give him their ranch, but the kid, scarred from him own parents' abandonment, tells them he has to be something before he can accept their offer. He leaves and changes his identity to become a Mexican boxer. He dreams of being a champion."

The term "Renaissance man" is bandied around liberally these days, but Vlautin's ability to turn these nuanced narratives into such distinct and indelible impressions is easily admired. Consequently, when he reads and sings at Weller Book Works, story and song not only combine, but show off parts of the same skill set. (Lee Zimmerman) 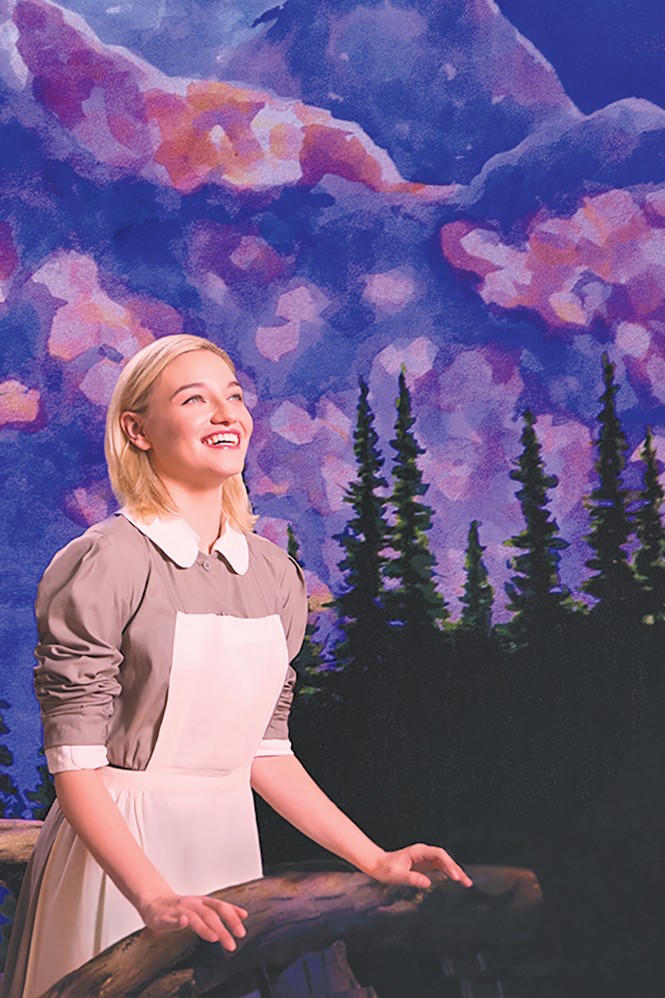 TUESDAY 2/27
The Sound of Music
The hills have been alive with the sound of music—on theatrical stages, anyway—for so long that it's hard to imagine that there was ever a time that they weren't. Since its Broadway debut in 1959, and through the classic, Oscar-winning 1965 film version, Rodgers & Hammerstein's The Sound of Music has become an almost universally beloved piece of Americana, with tunes that are now an inescapable part of the Great American Songbook.

Yet as delightful as it can be simply to sing along with "Do Re Mi," "My Favorite Things," "Sixteen Going on Seventeen" or "How Do You Solve a Problem Like Maria," it can be easy to forget that The Sound of Music is a story of rebellion—and not just that of high-spirited would-be nun Maria. At the core of the narrative is a country about to be swallowed up by fascism, and a man who could have chosen to preserve his privileged position by playing along with the people in power. Singing "Edelweiss" becomes an act of defiance—and maybe we need reminders in 2018 that acts of defiance can take many forms.

This week, the Eccles Theater hosts a new touring production of the magnificent musical, starring Jill-Christine Wiley as Maria, Mike McLean as Capt. Von Trapp, Lauren Kidwell as the Mother Abbess and a group of talented young von Trapp children. If you wish, you can enjoy it as the delivery system for an all-killer no-filler song score. Or you can watch people learning to fight whatever power threatens to overwhelm them. (Scott Renshaw)