PBS Utah: Downwinders and the Radioactive West
In the 1950s, after several years of nuclear testing in the Marshall Islands, the United States government moved its above-ground testing program to the Nevada Test Site in the desert west of St. George. The small town was informed that the testing was taking place, and schoolchildren were even brought outside to watch the mushroom clouds appear in the distance. But beginning with apparent impacts on the local livestock, it soon became clear that the testing was not completely safe, despite denials by the Atomic Energy Commission that there was any cause for concern.

In his new documentary film Downwinders and the Radioactive West, director James Howe explores the consequences that followed for those living downwind of the Nevada Test Site, including increased rates of cancer. The film tracks the story of the fight for justice, through the 1979 landmark court case that acknowledged the downwinders' claims, and the 1990 Radiation Exposure Compensation Act providing financial remuneration and a formal apology.

While the broadcast premiere of Downwinders and the Radioactive West will be on KUED January 27, 7 p.m., viewers are invited to a virtual meet-and-greet with Howe ahead of that premiere. Join panelists Mary Dickson and Dr. Heidi Hanson on Thursday, Jan. 21 at 6 p.m. for a discussion about the fallout—literal, psychological and otherwise—of nuclear testing in Utah, sharing stories about those affected by it and of the government's responsibilities to its citizens. Visit pbsutah.org/event for information about how to receive a Zoom link to this event. (Scott Renshaw) 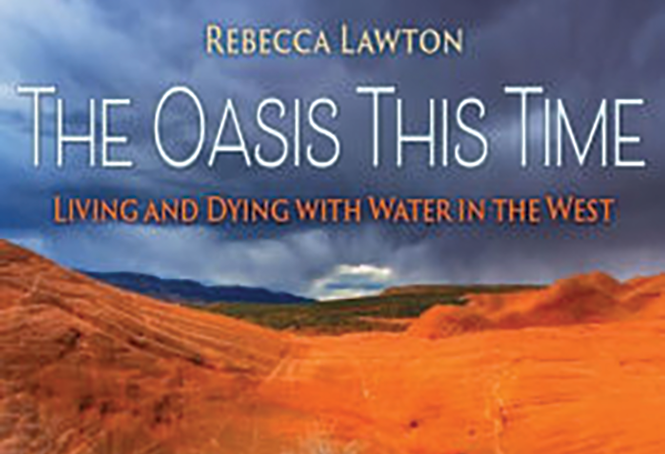 Rebecca Lawton: The Oasis This Time
Water is essential to life, and a precious, rare resource in the arid American West. It drives complex political decision-making, and is part of fears about the long-term impacts of climate change. Yet there's also a spiritual component to our relationship with water that deepens our relationship with it beyond mere survival.

In her 2019 book The Oasis This Time: Living and Dying With Water in the West, writer, geologist and former Colorado River guide Rebecca Lawton explores water in our part of the world through multiple lenses. The 15 essays that make up The Oasis This Time take readers on a journey from Sitka, Alaska to Twentynine Palms, California, to examine human attitudes towards water, the impact of its absence or over-abundance on a wide range of ecosystems, and many more topics calling us to find a sustainable relationship with water. The Oregon-based Lawton's writing on water, climate, and wild and human nature has been honored with a Fulbright Visiting Research Chair, the Ellen Meloy Award for Desert Writers, the Waterston Desert Writing Prize, a WILLA for original softcover fiction, Pushcart Prize nominations in prose and poetry, and residencies at Hedgebrook, PLAYA, and The Island Institute.

Join Lawton for a virtual author event offered via Swaner Nature Preserve, in conjunction with the Utah Humanities Council, on Thursday, Jan. 21, 6:30 p.m. – 7:30 p.m. Tickets are available on a pay-what-you-can basis, with donation encouraged up to $10. Registration is required to receive the event link; visit swanerecocenter.org/calendar for additional information. (SR) 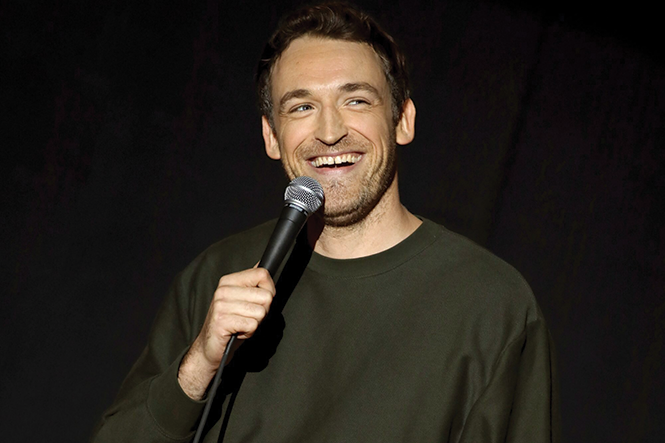 Dan Soder @ Wiseguys
Versatile performers are like the elephant in the proverb about the blind men: the way you perceive them depends a lot on where you know him from. Dan Soder, for example, might be most familiar to American audiences for his role as the sometimes-hapless securities trader Mafee on the Showtime series Billions, which might lead you to think of him primarily as a dramatic actor. On the other hand, those who listen to the long-running The Bonfire on Comedy Central's Sirius FM station, co-hosted with Big Jay Oakerson, know a little more about his comedy bona fides.

In fact, his stand-up career traces back almost 20 years, to his time as an undergraduate at the University of Arizona. Since moving to New York to pursue his career, he's landed multiple TV and radio gigs, including his 2019 solo hour-long HBO special, Son of a Gary. It's there where you can see his embrace of his Everyguy persona, including the reality that he is "20 percent white trash." As he puts it, "Twenty percent white trash isn't enough to hurt you. It just means I like multiple flavors of Mountain Dew, and I have bet and lost money on the X Games."

Soder visits Wiseguys Comedy Club's downtown SLC location (194 S. 400 West, wiseguyscomedy.com) for five shows, Thursday, Jan. 21 through Saturday, Jan. 23, $25 per ticket. As is now usual for Wiseguys shows, limited seating availability and other COVID-19 protocols are in effect; visit the website to purchase tickets or for other information. (SR) 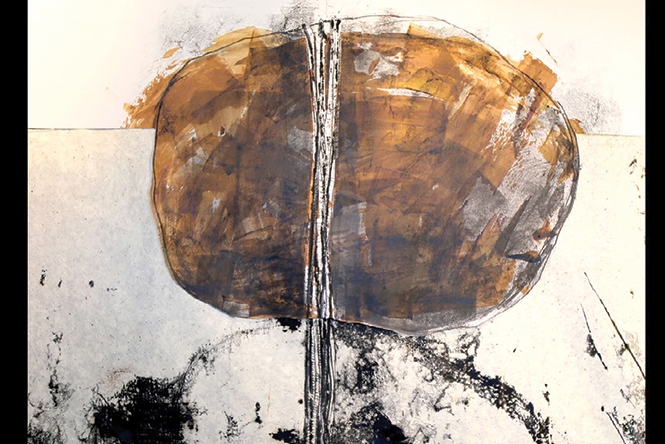 James and John Rees: Born Out of This
A lot of weight is placed on biography when trying to understand an artist's work. So what are we to make of two artists who grew up in the same house, but ended up approaching visual art in such very different ways? Utah Valley University's Woodbury Art Museum offers a virtual exhibition of work by Utah Valley brothers James and John Rees in Born Out of This, now through March 5.

John, a UVU faculty member in the Art & Design Department, offers new work that explores temporality by applying paint to surfaces, and then capturing a moment in the fluid interaction of paint and surface photographically. He describes the pieces as influenced by chaos theory, as well as by "chance music" from the likes of John Cage. James, for his part, contributes paintings with themes that include the struggle and growth involved in carrying burdens ("Binding Weight" is pictured), as well as emotions inspired by processing the death of James and John's mother. "I see myself as on a journey where I am very vulnerable," James says in an artist statement, "and constantly am seeking for means of renewal."

In addition to the pieces by the Rees brothers, the exhibition also provides a look at works created by their former students: Camilla Taylor and Danielle Hatch, who were high school students of James; Weston Colton, who studied under John at then-UVCC; and Chris Lindsay, who was a student of both. Visit uvu.edu/museum to visit the online exhibition, and experience an ongoing artistic legacy of creation and education. (SR)