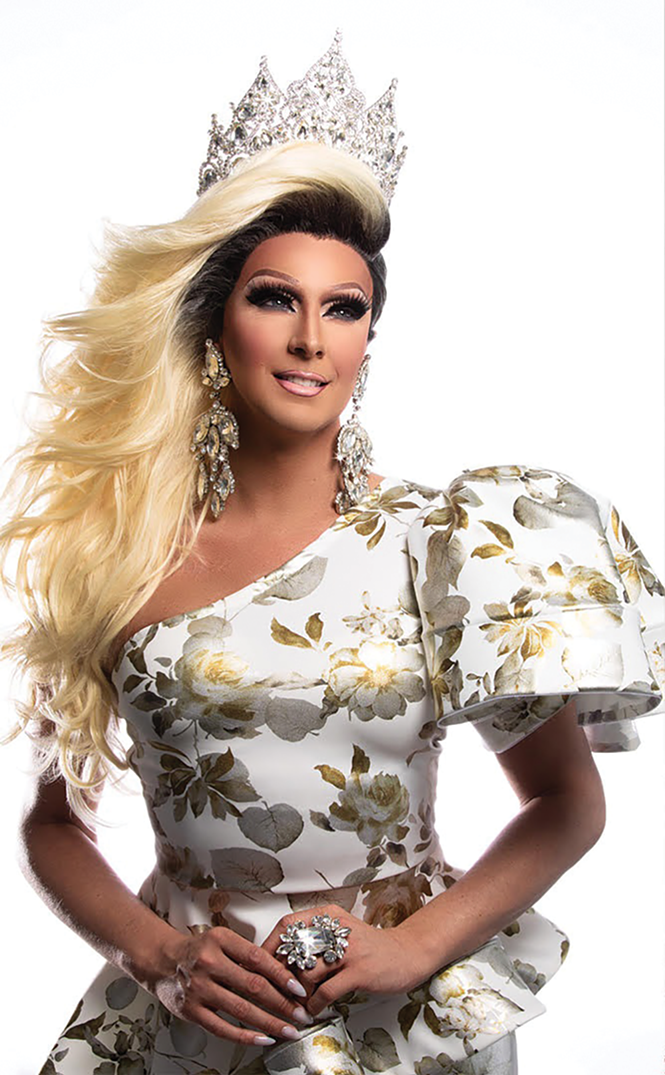 THURSDAY 1/31
SB Dance: Deccadance
In the midst of Sundance and all the attendant excitement, Salt Lake's SB Dance showcases its own attractions. Deccadance events include a poster art show and a conversation collaboration with Sundance Institute, both free of charge, and which culminate in two cabaret performances.

The week-long series marks a break from the company's past film fest-related events, which focused on lounges. Another change is the introduction of a theme; this year, tolerance. "I love the idea of looking at tolerance from all these different points of view," Stephen Brown, artistic and creative director for SB Dance, says.

Every event engages with the theme in a unique way. From Jan. 26 to 30, the traveling poster art installation Tolerance, conceived and organized by Mirko Ilic, featured theme-inspired graphics. Creative Tensions, a 90-minute interactive collaboration between Sundance Institute Theatre Program and global design firm IDEO, follows on Jan. 31. The "conversation on your feet" invites audiences to become a part of the performance, as well as engage with a broader conversation about what it means to be tolerant.

The cabaret shows Drag Plus— hosted by Jason CoZmo and co-produced by Gia BIanca Stephens (pictured)—and Kinky Beasts shift the conversation from tolerance toward acceptance, as they celebrate identities and sexualities that aren't always featured, let alone given the spotlight. "That is a place for really cool performance and design," Brown says, "coming from the drag scene and then from the kink scene. The cabaret shows invite people to see alternative universes that they might not have experienced before." (Casey Koldewyn)
SB Dance: Deccadance @ Rose Wagner Center, 138 W. 300 South, 801-355-2787, Creative Tensions, Jan. 31, 7 p.m., free, reservation required; Drag Plus & Kinky Beasts, Feb. 1-2, 9 p.m., $10-$12, deccadance.sbdance.com

The show collects photographs and stereographs by Andrew Joseph Russell and Alfred A. Hart, who documented the railroad's construction from 1866 to 1869. Russell shot the Union Pacific line running east to west, while Hart documented the Central Pacific line going west to east.

"We are thrilled to bring the story of this landmark American moment and these historic photographs to our audiences," Gretchen Dietrich, UMFA executive director, says. "Through these images, visitors will not only connect with the story of the railroad, but also explore the aesthetic considerations and challenges faced by 19th-century photographers."

Russell and Hart's photographs are on loan from the Union Pacific Historic Collection. The collection arrives in Salt Lake City as part of a tour that recently included the Joslyn Art Museum in Omaha, Neb., and travels next to the Crocker Art Museum in Sacramento. (Geoff Griffin)
The Race to Promontory: The Transcontinental Railroad and the American West @ Utah Museum of Fine Arts, 410 Campus Center Drive, University of Utah, Feb. 1-May 26, umfa.utah.edu 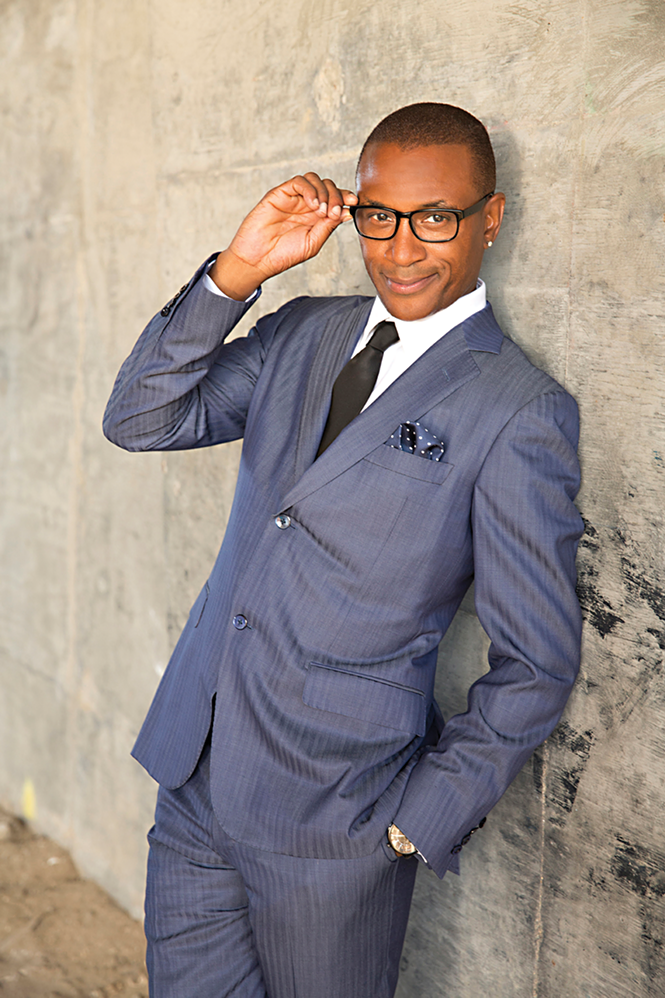 FRIDAY 2/1
Tommy Davidson
When a comedian is especially adept at doing impressions, their identity often gets lost behind the personalities of those they imitate. So it's not so surprising that Tommy Davidson is often identified with the characters he portrayed on the groundbreaking Fox network television program In Living Color. Sammy Davis Jr., Michael Jackson and Sugar Ray Leonard were among those he mimicked on the show, which also helped introduce Jamie Foxx, Damon Wayans, Jim Carrey and David Alan Grier to the comedy world. Nevertheless, these impressions helped elevate Davidson's career, which began in stand-up. Early on, he frequented the nation's comedy clubs and opened for the likes of Luther Vandross, Anita Baker, Kenny G and Patti LaBelle.

Before that, Davidson got his start when he won a talent contest at the Apollo Theater. He got his big break when he appeared on the Arsenio Hall Show and then worked his way into the movies, acting in the films Ace Ventura: When Nature Calls, Strictly Business, Booty Call and Disney's animated attraction The Proud Family. Following his stint on In Living Color, he was a recurring regular on MADtv and guested on several sitcoms and reality shows as well.

"I'm a creature of adaptation," Davidson told the Los Angeles Times shortly after In Living Color was canceled in the '90s. "My comedy breathes; it's not really that predictable. I do have a linear style, but other than that, there's a lot of abstract. I can just go off on what I'm thinking. I'm not that topical. I like to talk about me and my experiences." Figure Davidson's routine will soar on spontaneity and lead to lots of laughs along the way. (Lee Zimmerman)
Tommy Davidson @ Wiseguys West Jordan, 3763 W. Center Park Drive, 801-463-2909, Feb. 1-2, 7 & 9:30 p.m., $20, wiseguyscomedy.com 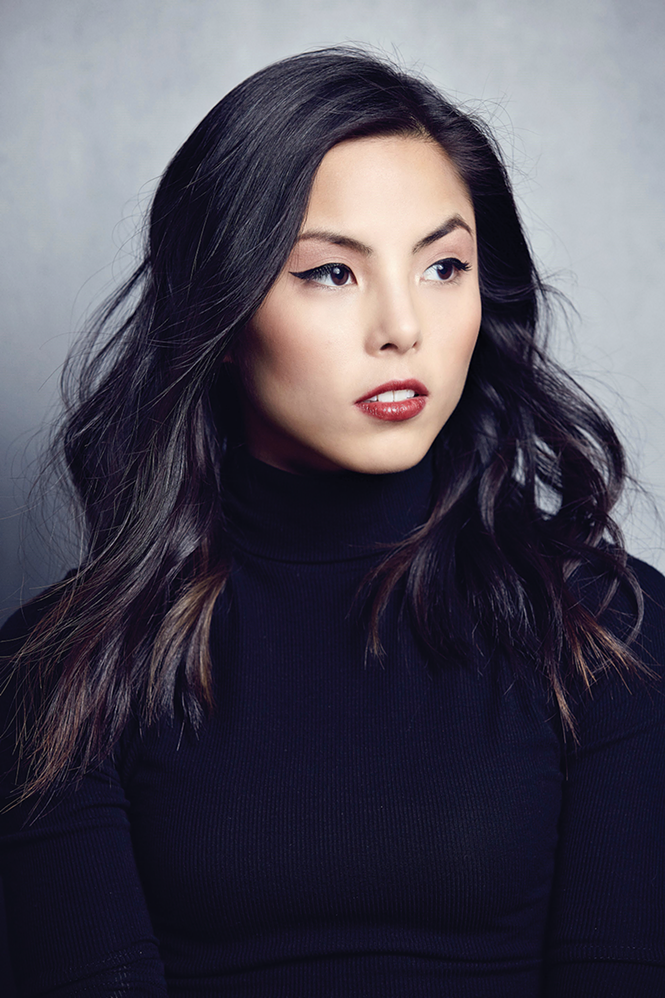 TUESDAY 2/5
Anna Akana
The dismissive descriptor "YouTube celebrity" is easy to apply in the 21st century, bestowing a second-class status to those who have built careers entertaining on social media. But there are as many different stories behind social-media stardom as there are people who achieve it, and there's a uniquely emotional component to the story of Anna Akana. As she told NBC News in 2015, she was using drugs to cope with her sister's suicide in 2013 when a performance by comedian Margaret Cho actually made her laugh. "I was like, 'I forgot how great this feels. I want to devote my life to this,'" Akana said. "I have been just chasing laughs ever since."

That chase has included two distinct but intertwined paths as both comedic performer and filmmaker. Akana's 2.4 million YouTube subscribers know her for confessional and witty videos covering topics including white guys' fetishized attraction to Asian women and coming out as bisexual, while she has also carved out a small acting career in films like Ant-Man and Hello, My Name Is Doris. And she has also created her own short films—including a music video dedicated to her late sister and the stop-motion animated Dolor—and web series like Miss Earth and Youth & Consequences.

Akana visits Kingsbury Hall this week for a conversation moderated by University of Utah professor Sarah Projansky, focused on the media and celebrity. When it comes to this multi-hyphenate creator, however, it's best not to place too many limits on that word "celebrity." (Scott Renshaw)
Anna Akana @ Kingsbury Hall, 1395 E. Presidents Circle, 801-581-7100, Feb. 5, 7 p.m., free, online reservation required (limit 2 per person), utahpresents.org