Pinnacle Theatre Company: Lungs
Once upon a time, the question of whether or not to have children wasn't even a question; it was just assumed to be the next stage of life after getting married, which was also just assumed. But as we crept into the 21st century, that foregone conclusion turned into something that couples wrestled with. Was it fair, or even ethical, to bring a new life into a world that increasingly felt on the verge of collapse? Had opting for parenthood become a selfish choice?

These are the questions swirling through Pinnacle Theatre Company's production of Duncan Macmillan's 2011 play Lungs, with Ali Lente and Tyson Baker (pictured) playing a young couple struggling to make the right decision about whether or not to become parents. As Macmillan wrote for the blog of the Old Vic Theatre, "I'd been struggling for a long time to find a way to write about some of the bigger issues facing our species, unable to distil my research concerns and questions into a pinpoint, compelling dramatic metaphor. ... I wanted to write a play which was dramatically active but where the narrative isn't compelled by unravelling a lie or a secret. For me, drama is about live decision-making. There are no secrets, everything pours out of them, uncensored, impulsive, raw."

Urban Arts Gallery: Sonder
In 2009, author John Koenig created a blog called The Dictionary of Obscure Sorrows, dedicated to creating neologisms that would define unique feelings for the modern era. In German, the word "sonder" means "special," but Koenig adapted it to become "the realization that each random passerby is living a life as vivid and complex as your own." It was an expression of empathetic realization that the other was just as "special" as you were, and that we should pause to consider others not just as the supporting characters or cameo roles in your own life.

This month, Utah Arts Alliance's Urban Arts Gallery explores that notion through the group show Sonder, featuring self-portraits by a wide range of artists. Guest curated by Essie Shaw, the exhibition spotlights—as described in the show's promotional materials—"the challenges we face as individuals, how we've survived hardships, and the perspective that our years have given us." With artists in a wide range of demographics represented, Sonder allows for explorations of how life looks through different kinds of eyes at different stages of life, turning the works into ways of generating that uniquely "sonder" empathy for other people's experiences.

RDT: Emerge: Sounds Delightful
It's completely understandable, in the middle of various existential threats, if we turn to the comforts of a familiar bygone era. On the other hand, it's also worth remembering that for those living in those eras, things weren't necessarily comfortable. The sentimental musical sounds of the 1930s and 1940s—now-classic songs with big band orchestrations—were in part a response to the challenges of the Great Depression, and at times even funded by the support for the arts built into the New Deal. So as Repertory Dance Theatre builds its Emerge: Sounds Delightful program around new choreography set to vintage 1930s and 1940s tunes, it's worth remembering that people fought through the challenges of another time, and that creative work can help offer inspiration to find a way forward.

The program consists of new work by six current members of the RDT company, as well as Artistic Associate Nicholas Cendese. Additionally, Emerge will feature the world premiere of Hold, a new piece by Kaley Pruitt, winner of the 2021 RDT Regalia competition. Choreographed for the full company of eight dancers, Hold keeps with the evening's theme by setting the movement to a 1930s composition, Samuel Barber's Adagio for Strings.

Update Jan. 7: This performance has been postponed until further notice 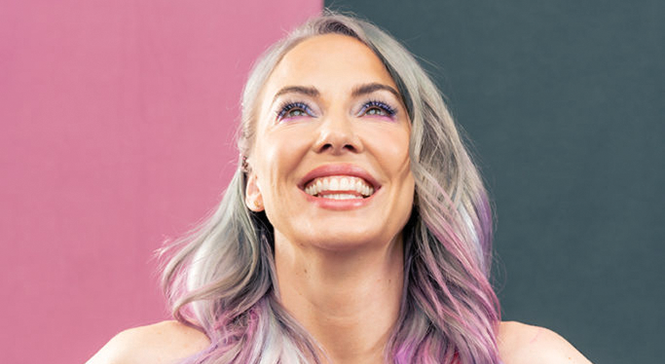 Whitney Cummings
The world of standup comedy is notoriously tough for anyone to break into, but even more so for women given its male-dominated history. It takes a mix of talent and resilience to climb the ladder, which is exactly what Whitney Cummings has done over a 15-year career. Yet even as she made her way into the rarified air of creating network sitcoms—includingTwo Broke Girlsand her self-starringWhitney—she still dealt with struggles. A stint as writer and show-runner for the revival ofRoseanneended in her quitting after star Roseanne Barr's controversial public statements, and Cummings acknowledged that she dealt with an eating disorder in the early 2010s while juggling her multiple professional commitments.

It's a weird world, indeed, and Cummings still knows how to bring it into focus in her stage act. In her most recent one-hour comedy special, the 2019 Netflix offeringWhitney Cummings: Can I Touch It?, she addresses the complicated climate of increased awareness surrounding sexual harassment: "My guy friends are like, 'What, now I can't even hug a woman at work anymore?'You never could. That's why we're in this mess. Nobody wants to bump nipples with you at 9 a.m. by the Keurig machine." Or men's assumption that women might not understand some other women are crazy: "We know ... we see the text messages shedidn'tsend to you."