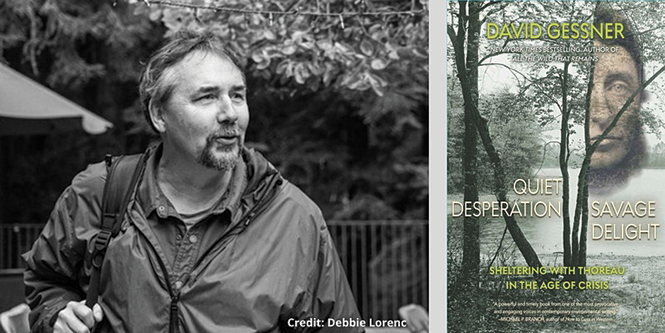 David Gessner: Quiet Desperation, Savage Delight
North Carolina-based author David Gessner has spent most of his career writing about nature, in books like Leave It As It Is: A Journey Through Theodore Roosevelt's American Wilderness and All the Wild That Remains: Edward Abbey, Wallace Stegner and the American West. But when the COVID-19 pandemic struck last year, Gessner turned for comfort to the patron saint of nature writing and the man who shaped his career: Henry David Thoreau. As he writes on his website about a visit to Walden Pond with his infant daughter 16 years ago, "I said to her, 'That's where the man lived who ruined your father's life.'"

That self-deprecating comment aside, Thoreau provided life lessons for Gessner as the pandemic raged. Quiet Desperation, Savage Delight: Sheltering With Thoreau in the Age of Crisis chronicles Gessner's meditations from his home about the way the world changed in some ways for the better during that time in 2020—including reduced pollution—and what lessons we can learn for the post-COVID time. "Thoreau can serve as a model of self-reliance, reminding us that pulling back from the world, which at the moment will save lives, has its less dramatic virtues," Gessner writes. "Having long been a corrective to our compulsive national habits of over-busyness and consumption, he can inspire just such a corrective now, but only if we try to dig below the cliché of him."

Gessner visits Salt Lake City on Thursday, July 15 for a reading and signing at Ken Sanders Rare Books (268 S. 200 East), at 7 p.m. The event is free and open to the public; visit kensandersbooks.com for additional information. (Scott Renshaw)

Steven Stradley: Current State @ "A" Gallery
It's no surprise to find that artists of all kinds have been wrestling with the world-changing events of the past year-plus, attempting to channel their fears and personal experiences into their work (see David Gessner's Quiet Desperation on this page for just one other current example. Some of these creations will be narrative and linear, while others will take the emotions of 2020 and shape them into more abstract works of visual art or music.

Artist Steven Stradley—a Utah State University graduate with a BFA in painting, and current instructor at the Utah Arts Academy—has taken that path with a series of new 2021 paintings that find him inspired by both political tumult and a global health crisis. His new one-man show Current State features works of acrylic and collage on canvas in patterns that evoke the sense of disruption we can all connect with. In many of the pieces, hard, straight lines of color seem to be interrupted or covered over by bursts of contrasting colors, or obscured in a way that suggests neat patterns being obliterated ("Finding Reality" is pictured). The result is a compelling, often-unsettling group of works that takes viewers on a journey into their own experiences with finding normalcy completely set adrift. 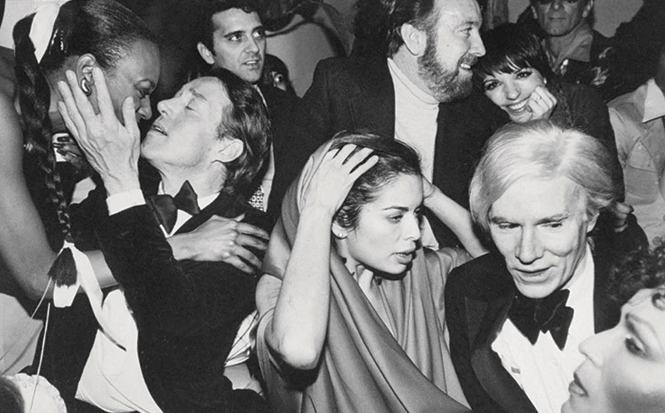 Utah Museum of Contemporary Art "Discoland" 90th Birthday Gala
In 1931, a flyer for the opening of a new building known as the Art Barn proudly declared, "This Art Center Belongs to You!" The vision of local art enthusiast Alta Rawlins Jenkins included a focus on supporting emerging Utah artists, yet over the years grew to include touring exhibitions. And while the name has changed a couple of times—to Salt Lake Art Center in 1958, and to Utah Museum of Contemporary Art in 2011—along with the location, it has, over the course of nearly a century, consistently been one of the state's most important institutions for supporting and presenting visual art to the public, even as forms have expanded to include multimedia, video and more.

This week, Utah Museum of Contemporary Art marks its 90th birthdaywith a fancy gala celebration and fundraiser on Saturday, July 17 at 6:30 p.m., themed to an era about half-way in its history. This "Discoland" party evokes the party-all-night ethos of the mid 1970s New York club scene. While the physical space of UMOCA might be transformed to evoke 1976, don't think of it as a costume party. Instead of living in the past, it's worth focusing on how your donation will support the ongoing mission of the organization, and ensure that its programs will still be around another 45 or 90 years from now.

Tickets for the event are $500 per person, but you can also participate by joining in the online art auction as another way to support UMOCA. Visit utahmoca.org/gala to purchase tickets or for other information. (SR)

An Other Theater Company: Hedwig and the Angry Inch
It's completely understandable, after the disruption and shutdowns of the previous 16 months, for a theater company to emerge from a long hiatus with what seems like a "sure thing." For Utah County-based An Other Theater Company, that means a revival of its 2019, fully-sold-out production of Hedwig and the Angry Inch, the smash off-Broadway musical-turned-cult film about a transgender singer emerging from Iron Curtain-era East Berlin.

"People want to see it, we know we have an audience built in," says Kacey Spadafora, the company's Executive Director and the director of this production of Hedwig. "And frankly, we already have the stuff to do it: the costumes, the wigs. So as far as coming back, it's something we were able to do on a shorter time frame, because we were rebuilding rather than building."

That doesn't mean this Hedwig is a complete duplicate of the 2019 incarnation. While that show also double-cast the challenging role of Hedwig for alternate performances, this one will swap the show's two roles—Hedwig, and her loyal accompanist Yitzhak—between cast members Jordan Kramer and Laura Chapman. "Laura is a powerhouse performer, so we gave her the offer to step into the wig," Spadafora says. "They're building a different show."

Hedwig and the Angry Inch runs Fridays and Saturdays, July 16 – Aug. 14, in the An Other Theater Company Black Box in Provo Towne Centre (1200 Towne Centre Blvd., Provo). Tickets are $17 online and $20 at the door; visit anothertheater.org for tickets and additional production information. (SR)