SALT Contemporary Dance: Pan
The disruption to the performing arts caused by the pandemic is almost impossible to calculate, and the idea that any arts organization could carry on with an annual production seems almost absurd. SALT Contemporary Dance, however, had a show in its repertoire ready-made for the special circumstances required for audience safety: an outdoor venue, with plenty of opportunity for socially-distanced seating.

For the fourth year, SALT presents Pan, a modern dance interpretation of J.M. Barrie's beloved Peter Pan characters. This version combines familiar components from the original text as well as stage and screen interpretations—like the Lost Children of Neverland—while adding depth to the character of Peter Pan himself. The narrative explores Peter's origins, including his own parentage, and the events that might have turned him into the little boy who never grew up. "I wanted to create a story that resonates with the magic of childhood," SALT Contemporary Dance artistic director Michelle Nielsen told City Weekly in 2018, "but also the reality of our family lives that are all complicated."

The production takes place on the shores of Utah Lake, at the American Fork Boat Harbor (100 West), with remaining performances July 16-18 at 7 p.m. "This location was made for this show," Nielsen added. "It's so magical ... under the tiki torches, on the beach, with the Lost Boys in the trees, mermaids in the water." Tickets are $15 per person, or $60 for a family pass good for five attendees; purchase at saltdance.com. Bring your own blankets and chairs, and follow guidelines for appropriate distancing. (Scott Renshaw)

Sampson McCormick: A Tough Act to Follow
The protests sweeping America this summer have been a painful reminder of how far we have to go in providing a nation of equal opportunity for people of color. Among the many industries forced to examine their actions and attitudes is media—long described as being a bastion of progressivism, yet still a field where opportunities have been limited based on prejudices and assumptions about what "audiences" want.

In his 2016 documentary A Tough Act to Follow, veteran stand-up comedian, writer and actor Sampson McCormick explores issues of media representation built largely on his own experience as a Black gay man. The North Carolina native shares his own experiences—as well as those of comedy colleagues including Adele Givens, Darryl Stephens, Karen Williams, Karen Ripley and Sinbad—about the obstacles facing anyone trying to break into comedy, film or television if you happen to be LGBTQ, or Black, or a woman, or heaven forbid some combination of those things. Sampson approaches the challenging topics with a sense of humor that makes them accessible, while not backing away from the realities of racism, sexism and homophobia in the entertainment industry.

On July 16 at 5:30 p.m., McCormick will participate in a virtual "town hall" addressing issues raised by A Tough Act to Follow. After a screening of the hour-long film, McCormick will participate in a live Q&A moderated by Jennifer Nicole, chairperson of Utah People of Color and Allies. Visit facebook.com/events/277966483414049/ for additional information and the Google Meet link, and join in an important conversation about media representation. (SR) 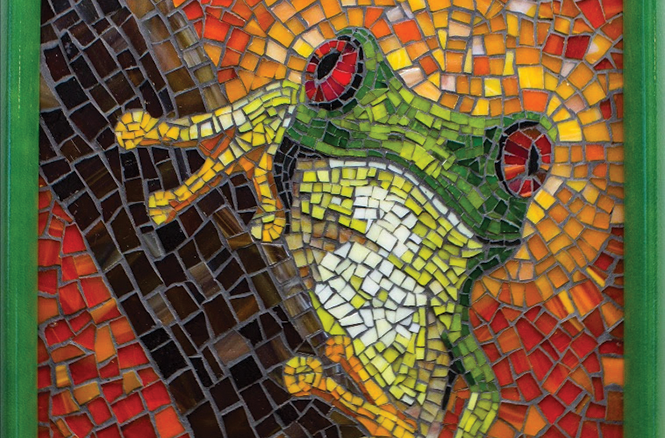 Urban Arts Gallery:Animalia
Even if you're not feeling particularly positive about your fellow human beings these days, animals—both companion and wild—offer a different way to connect with life. Cute videos give us a much-needed dose of warmth, our pets provide friendship even when we're otherwise isolated, and artists attempt to express their feelings through representations of their favorite critters.

Gallery manager Scott Tuckfield says, "This is one of my very favorite themes, and I'm always really struck by the diversity of styles that we receive. Some artists create elegant photorealistic drawings, others take a lighthearted, comical approach. There's a 5-foot tall sculpture of a dragon hatching from its egg, there are surreal paintings straight out of a dream, and there are stylish modern pieces made with stencils and spray paint. For me, it's very refreshing to see an exhibit with a very cohesive theme that also manages to feel very eclectic and colorful. I feel like there's something for everyone in this show."(SR) 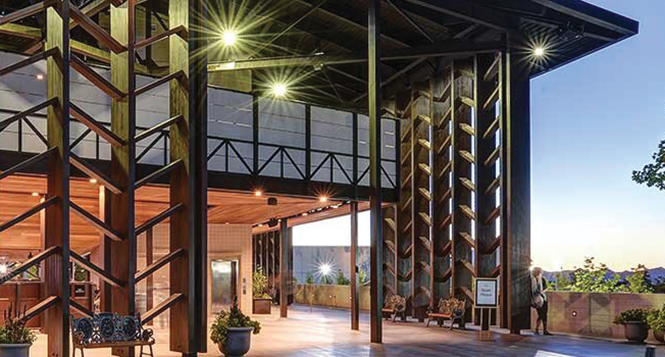 Utah Shakespeare Festival Virtual Seminar Grove
Fans of the arts in Utah have lost a lot of beloved events in 2020, including the Utah Shakespeare Festival. After an early indication that they would try to continue their productions in a revised manner, the festival ultimately had to announce that it wouldn't be possible to mount their slate of productions. So, in an attempt to stay connected with their audience this summer, Utah Shakespeare has developed two virtual seminar series in the spirit of the festival's traditional live events that provided additional background on both the texts and the people who put on the physical productions.

Utah Shakespeare Festival's Virtual Seminar Grove continues this week with live installments in both the Play Seminar series and the Production Seminar series at facebook.com/utahshakespeare. On July 16 at 10 a.m., the Play Seminar series explores Every Brilliant Thing—produced for Utah Shakespeare's 2019 season, and later toured for Utah schools—about the experience of living with a parent with severe depression. Director Vincent Cardinal, actor Michael Doherty and other members of the production team discuss working on the show, and its challenging themes. On July 17 at 1 p.m., scenery designer Dan Giedeman talks about his work creating the design of a Utah Shakespeare Festival show. After the live seminar presentations, recorded versions will be available at bard.org.

In case these opportunities aren't enough to get a little Shakespeare in your life, check out bard.org/virtual for festival Education Director Michael Bahr's one-minute videos on funky subjects in the Bard's work, like the use of birds as symbols. This year, all the world really is their stage. (SR)