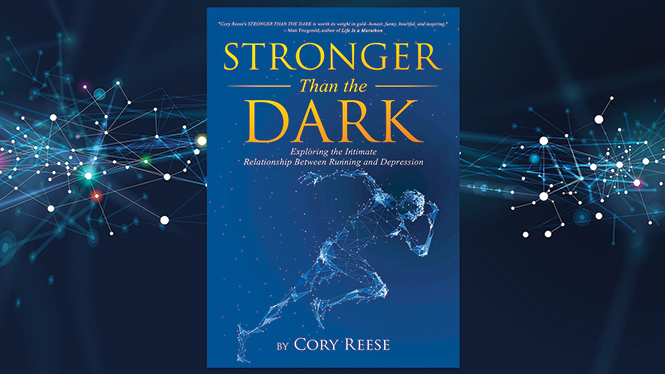 Corey Reese: Stronger Than the Dark
"Don't believe everything you see," Corey Reese says in a video message promoting his memoir Stronger Than the Dark: Exploring the Intimate Relationship Between Running and Depression. "All around us, people are struggling with the darkness of depression, but they cover up this quiet battle with a smile. How do I know? Because I'm a social worker ... and because I've done it myself."

In Stronger Than the Dark, Reese uses his own story to offer insight into the often all-encompassing destructive power of depression. An ultramarathon runner, Reese describes drawing on the lessons he learned from his athletic endeavors, including—and perhaps most importantly—the willingness to embrace suffering as part of life. He describes a moment of clarity reached during a 314-mile race across the state of Tennessee, at a time of emotional crisis, that included the understanding that "we are here to endure." The author's own healing path provides comfort for those who know first-hand about the questions he says he wanted to explore in the book: "Why is it so hard to feel good enough? How do you let yourself be vulnerable? When you're being suffocated by the darkness of depression, how do you find the light? And perhaps the most difficult question: What do you do when you can't outrun depression?"

The King's English Bookshop sponsors this live Crowdcast event on Thursday, July 29 at 6 p.m. While the virtual event is free to the public, registration is required. Visit kingsenglish.com for registration information, and other event details. (Scott Renshaw) 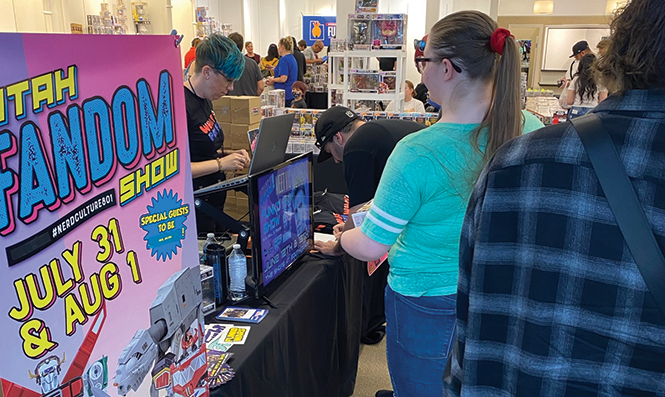 Utah Fandom Show
While the annual FanX convention has become an established part of Utah's pop-culture landscape, Steve Johnston believes there's room for additional events for this nerdy state. "Think of us as the tailgate for FanX" says Johnston, the co-founder of Las Vegas-based Rogue Toys, which has a West Jordan location and is organizing this week's Utah Fandom Show. "The idea is to get people engaged, especially coming out of the pandemic. ... These kind of events keep the pop-culture community engaged."

The Utah Fandom Show by design operates on a much smaller scale than FanX. While there are a couple of guest stars—including ex-BYU and major league baseball player Corey Snyder—there are no panel presentations, with the focus on a "table show" of approximately 40 vendors representing the world of comics, toys, video games, sports memorabilia and more. "What I think is important is to make sure there's a nice variety, where everybody in the room has something that connects with them," Johnston says.

The event takes place at the Hilton Garden Inn in Sandy (277 W. Sego Lily Dr.), July 31-Aug. 1, 10 a.m. – 5 p.m. daily. Tickets are just $5 at roguetoys.com, as part of the effort to make the event as accessible as possible, in a world where nerd culture is pervasive, and it's easier than ever to dive into fandom. "You can't name 10 people who read a Guardians of the Galaxy comic book before the movies," Johnston says. "Now the information is available on Wikipedia. That connection with the pop culture world has allowed the casual fan to be much more knowledgeable." (SR) 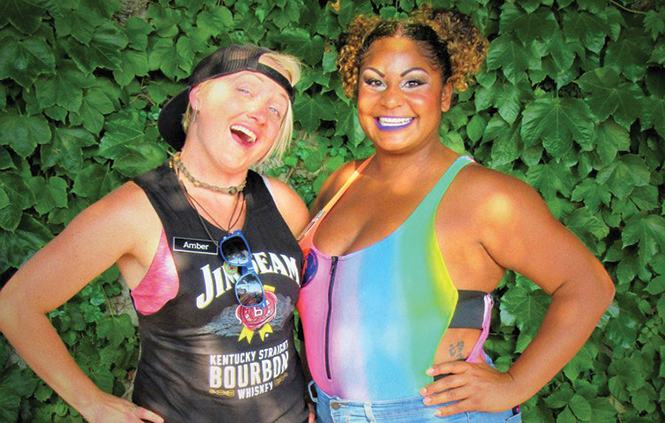 Ogden Pride
Around the country, local LGBTQ community organizations typically hold Pride parades and festivals in June, recognizing the significance of the 1969 Stonewall uprising during that month. However, that doesn't mean that Pride celebrations are restricted to June—and for a very positive reason. Regarding the now-traditional early August date for Ogden Pride, the organization's board president, Sean Childers-Gray says, "Utah, in all of its beauty, happens to have many city or community Pride organizations across the state. We try to not book over each other to spread the love."

That love will be on full display on Sunday, Aug. 1 from 11 a.m. – 7 p.m. at Ogden Amphitheater (343 E. 25th St., Ogden, ogdenpride.org) for an event taking on the theme "The Bigger the Storm, the Brighter the Rainbow," recognizing the ongoing fight against discrimination like anti-trans legislation in state houses around the country. The free, all-ages event features live entertainment including local bands and drag performances, food vendors, and booths representing a wide range of merchants and local non-profit organizations.

Such Pride events remain crucial for LGBTQ people around the country, as Utah native Childers-Gray recalls from his own first experience attending a parade in Seattle. "I was still in the process of coming out to people," he recalls, "and I was staying in Washington with friends for the summer. I was asked to go to the festival on a first date, so that was scary in itself, but exhilarating in that I was finally able to be with others who were like me. ... I finally felt like a was in a place that didn't judge me." (SR)

Val Holley: Frank J. Cannon: Saint, Senator, Scoundrel
Utah history is filled with many strange chapters, as the persecuted Mormon pioneers tried to build a home for themselves—and later, possibly a state—while facing ongoing suspicion throughout the country over their odd religion. It's a history replete with colorful characters, many of whom are not as well-known even to those who have been here their entire lives—and just such a character gets a fascinating biographical profile in Frank J. Cannon: Saint, Senator, Scoundrel.

New York-based historian Val Holley—who previously delved into Utah's less-explored corners with his study of 19th-century Ogden in 25th Street Confidential—tells the story of Frank J. Cannon, who played an instrumental role in fighting against anti-Mormon sentiment in Washington and greasing the wheels toward Utah statehood in 1896. It was Cannon who convinced then-president Grover Cleveland to appoint judges who wouldn't bring the hammer down on convicted polygamists, and worked against the disenfranchisement of Mormons by promising that the practice of polygamy would be abolished. But Cannon found that separating church from state in Utah was easier said than done, and he wound up in conflict with church leadership over issues like the election of Mormon apostle Reed Smoot to the Senate. Cannon's subsequent denunciations of the LDS Church made him an outcast figure in Utah, his historical importance buried for a century.

Join the author for an in-store event at Weller Book Works (607 Trolley Square) on Wednesday, Aug. 4 at 6 p.m. The event is free and open to the public; visit wellerbookworks.com for additional information. (SR)