The Pod people have presumably done their research, and discovered that SLC is a deep blue island in the otherwise red ocean of Utah. What else would you call a city where the last three mayors have included a member of the LGBTQ community, a guy who campaigned on putting in more bike lanes and a former ACLU attorney who tried to get George W. Bush impeached? Utah's capital city turned out so strongly for Barack Obama in 2008 that he actually edged John McCain in Salt Lake County.

Speaking of Obama, the co-hosts of the podcast and Thursday's live event—Jon Favreau, Jon Lovett, Dan Pfeiffer and Tommy Vietor—all worked in the Obama White House and on his campaigns. The cast is more interested in the nitty-gritty of actually winning elections than posturing about positions. While they are often preaching to the Blue America choir about how awful they find the Trump presidency, they are also quick to let liberals know when they think they are doing things that will help ensure the current occupant of the White House gets another four years of residency. As their news release states, "They are blunt about their disgust with the Trump administration, but are equally hard on the Democratic Party when it screws up." 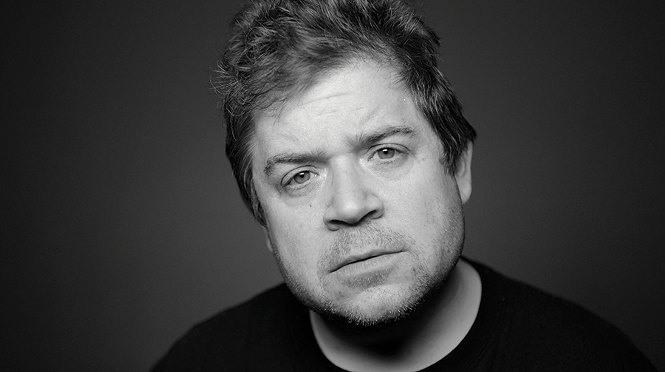 FRIDAY 7/19
Patton Oswalt
Having a way with words is basically a prerequisite if you want to succeed in stand-up comedy, but few in the field have managed the level of pure facility with the English language as Patton Oswalt. His image as a cranky, pop-culture-poisoned English major placed him as a central figure in the "indie comedy" boom of the early 2000s. Oswalt certainly came up with a lot of indie cred: On his 2007 Sub Pop Records debut Werewolves and Lollipops, he compared one of his jokes to a Pixies song, and extensively lamented how his upbringing in suburban Virginia caused him to miss out on the thriving D.C. punk scene at the time. More recent material has found him chastising a younger version of himself for his vitriolic hatred of Nickelback.

Oswalt has grown up a lot in the ensuing decade-plus, though, and each subsequent album/special has reflected that. In between the standard political jibes and rapid-fire pop-culture references, his material has documented his complex relationship with mental health, his newfound roles as a husband and father and his transition from a struggling, geeky stand-up comic to the kind of big name that can sell out a Vegas auditorium.

His most recent Netflix special Annihilation was no exception, delving into the aftermath of his wife Michelle's unexpected death in an extended monologue that was equal parts heart-wrenching and hilarious, seamlessly intertwining ruminations on mortality and humanity with lighter material. Oswalt is currently road-testing an all-new hour of material as he makes a stop at Kingsbury Hall. (Nic Renshaw)

SATURDAY 7/20
Wasatch Wildflower Festival
Wildflowers are so beautiful and seemingly abundant that it can be hard to resist plucking one of them when you're out hiking. And yet, leaving them be is exactly what the Wasatch Wildflower Festival hopes to teach people. This weekend, Utahns can take kid-friendly, ADA-accessible, American Sign Language-run or easy-to-advanced-level walks with trained Cottonwood Canyons Foundations guides to learn about the state's flora and leave-no-trace philosophies.

Serena Anderson, executive director of the Cottonwood Canyons Foundation, says reinforcing leave-no-trace helps protect Utah's plant, animal and human populations. "We find that there's a lot of damage to our canyons because they're so accessible," Anderson says. "There's a lot of flower trampling, a lot of people off-trail, a lot of people picking flowers and a lot of people who don't understand how important it is to not poop in the watershed." The last reason is why there are no dogs, aside from those registered for ADA-use, allowed on the walks—the fecal matter goes straight into the watershed, and it's hard to filter out to make it safe for human use.

The festival will also include a children's art-making table to encourage a "paint them, don't pick them" attitude toward wildflowers as well as music for guests to relax to before or after their hikes. Anderson says those interested can sign up at the event or through pre-registration, which can be accessed via Google Doc at the Cottonwood Canyons Foundation website or Facebook page. (Kylee Ehmann) 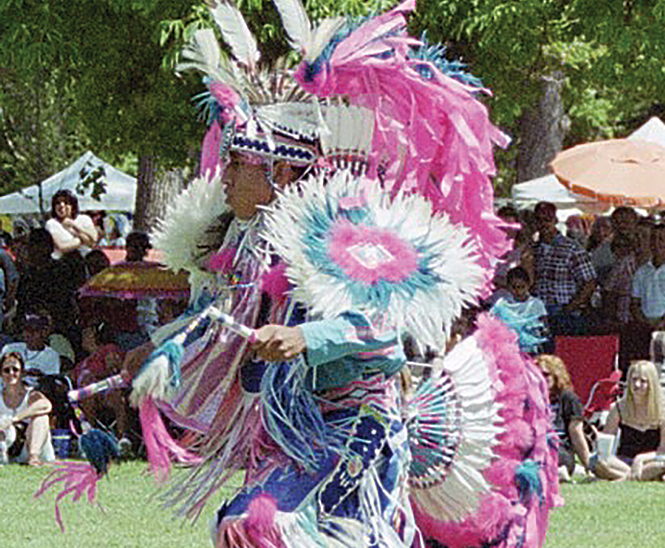 WEDNESDAY 7/24
NACIP Powwow and Festival
Native American heritage is, of course, an intrinsic part of the history, culture and mystique of the American West—and of our entire nation. After all, these indigenous people were the first to settle this sprawling country. Today, they underscore the fact that everyone who arrived afterward was an immigrant once they descended on these shores. That's an important lesson worth remembering in these fractious times, where the debate about immigration rages on.

Happily then, Native American tribes and communities remain a vital part of our culture, as evidenced by the annual local celebration that's become one of the nation's most successful powwows and Native American gatherings. As it enters its 25th year, the NACIP festival once again offers the opportunity to experience the rich heritage that these indigenous peoples share with their neighbors.

As always, the afternoon offers a full slate of activities, beginning at noon with the roll call of dancers and drum groups, and ultimately culminating with a spectacular fireworks display that caps the festivities at 10 p.m. And there's plenty of enjoyment to fill the hours in-between. Along with the entertainment provided by Native dancers from across the country, visitors can enjoy food, arts and crafts and a full array of children's and family activities. It's not only an awesome opportunity to cross the cultural divide, but to also gain understanding and appreciation of the people who are were Americans before all of those who were privileged to come after. (Lee Zimmerman)