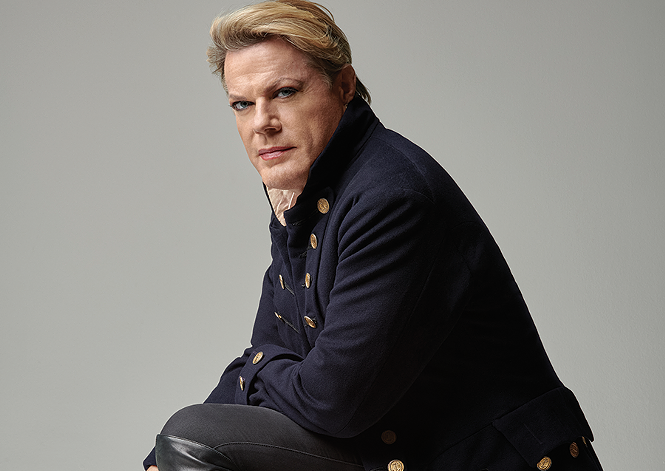 Eddie Izzard: Wunderbar
Eddie Izzard's last comedy tour, Force Majeure, made comedy history, by playing in 45 countries, plus all 50 U.S. states, and in four languages. This year, Izzard is on tour again, and stops in Salt Lake to bring down the house at the Eccles Theater as part of his Wunderbar comedy tour.

In Wunderbar, Izzard relates the last 100,000 years of human history, expanding on his own view of life and love. Amid all the Brexit and Trump hate, Izzard offers a comical twist on social, political and personal themes with his monologue style and gift for pantomime. His modus operandi has a Monty Python-ish twist.

His comedy career started in the early 1980s, when he took to the streets of London, performing improvisation and refining his free-associative style. He has performed openly about the fluidity of his gender identity—describing himself as a "transvestite" in some of his 1990s performances, though his terminology has shifted since then—and delighted audiences with recorded shows including Dress to Kill, Sexie and Stripped. His outspoken involvement in the social and political scene has earned Issard multiple honors, including two honorary doctorates.

This tour might be your last chance to see Izzard perform live, given that he has expressed an interest in finding a future in politics soon. In an interview with Broadway World earlier this year, Izzard said, "It is getting close to the time when I have to go off for a while to have a political life. But before I do that, I want to keep giving audiences around the world the best stand-up comedy shows that I can." (Erik Hight)

David Sedaris: Calypso
David Sedaris has been part of public radio's glitterati since the 1990s, acquiring a committed fan base through his humorous observations about the bizarre oddities of everyday interactions and people. What has been thus far absent from Sedaris' work, however, is acknowledging the comfort of conceding to being middle-aged. In his latest book, Calypso, it's cool to lean toward the realities of jowls and generational misunderstandings.

Calypso embarks on a brief journey that confronts his mortality, but still manages to maintain Sedaris' comedic force. Etching out stories of his siblings, including Amy Sedaris, processing the loss of their youngest sister to suicide in 2013, walking more than 30,000 steps every day to impress his Fitbit and figuring out the 2016 presidential election are all up for discussion through smart irreverence.

The book doesn't explicitly warn against or illuminate the subject of aging, but rather rouses fantastical ideas on becoming gray and alive. For the faithful, there's room to allow Sedaris to further sink into his gifted rawness; to the newcomers, you've arrived at a moment of enthralling candor.

Sedaris visits The King's English Bookshop, Salt Lake's literary beacon. Although the reading portion is sold out, there's an opportunity to have your book signed or briefly chat with Sedaris. The King's English vows to keep the lights on until every attendee gets their shoulders brushed. It's known his sense of smell will pick up any fragrances in the line. Devotees of chain-store shelves, beware. (Miacel Spotted Elk) 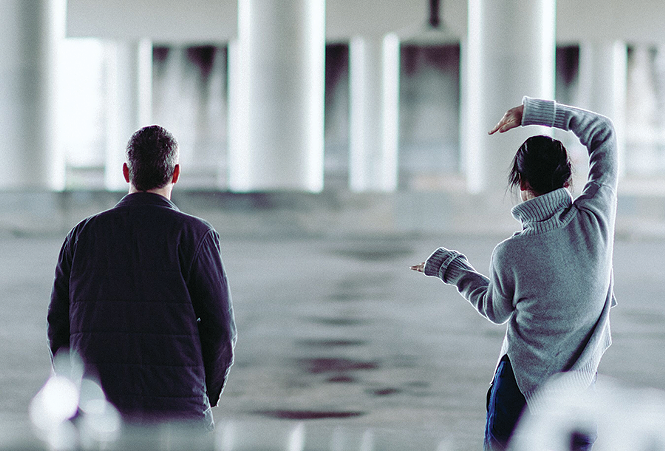 NOW-ID: The Rite of Spring
It's apt that NOW-ID—which describes itself in its mission statement as a "fiercely contemporary dance company, producing design-driven work for the stage and beyond"—should redefine one of the most revolutionary works of the 20th century, Igor Stravinsky's The Rite of Spring. This one-time site-specific event is performed in an open industrial urban arena, just beneath the 600 North ramp downtown—an ideal setting for a work that intertwines the preservation of nature, renewal and sustainability in a creative, contemporary context.

It's a heady concept, to be sure, and an optional pre-show dinner and workshop emphasizes the work's conceptual nature. "I don't see this performance as a simple standalone event," NOW-ID Artistic Director Charlotte Boye-Christensen says via email. "The score has always felt relevant and current to me ... placed in society, as opposed to separate from society." The result is a spectacle encompassing 13 segments featuring NOW-ID dancers Joseph Blake, Tara McArthur, Sydney Sorenson and Liz Ivkovich, along with opera singer Joshua Lindsay.

Although Boye-Christensen originally choreographed the piece in 2004, she never felt she did Stravinsky's brilliant ballet justice. "The Rite of Spring feels enormously relevant these days with themes of tribalism, patriarchy, dissonance, environment, violence, isolation, longing and journey," she notes. "We wanted to set the piece in a man-made/industrial environment to highlight the fraught relationship between urban development and displacement." (Lee Zimmerman)

Broadway at the Eccles: Rent 20th-Anniversary Tour
Since fall of 2016, Rent—one of the longest running Broadway shows in history—has been captivating theatergoers across the United States with a 20th-anniversary tour and stops in Salt Lake City for six days of spirited theater. Adapted over the years for countless productions including film and live television, the story packs an emotional punch as it follows an unforgettable year in the lives of seven New York artists struggling to follow their dreams without selling out. The themes of love, loss, friendship and family are timeless and relatable.

Loosely based on the opera La boheme, and with music and lyrics by Jonathan Larson—including the already-classic anthem "Seasons of Love"—this timeless celebration of friendship and creativity has not only earned countless Tony awards, but a Pulitzer in 1996 for drama. According to the touring company, the storyline has remained unchanged with original creative team members—director, choreographer, costume designer and music supervisor—brought back on board for the anniversary production.

While 20-plus years have passed since opening day in 1996, Rent's inspiring message of joy and hope in the face of fear is a reminder to measure life with the only thing that truly matters—love. If the reviews on their Facebook page are any indication, this message has resounded loud and clear. "I can't say enough how much I enjoyed this 20th anniversary production," audience member Patricia Stanczykiewicz says. "The young people on stage told this story with a pathos and believability that was heart wrenching." (Colette A. Finney)