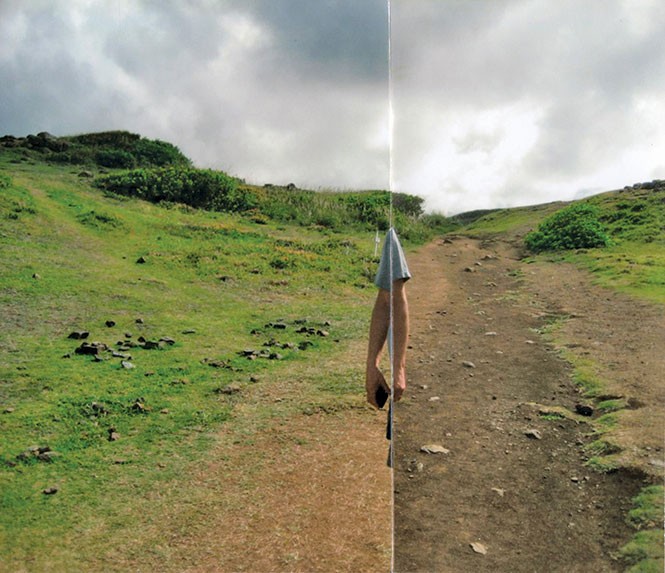 THURSDAY 6.23
CUAC: Absence, Presence
As polar opposites, absence and presence would seem to balance each other out. Absence is only ever the absence of something, and the presence of any object can be said to fill the vacuum that preceded it. In Absence, Presence—the group show that opened for June's Gallery Stroll at CUAC Contemporary Art—curator Laura Allred Hurtado has selected works that emphasize the "Absence" side of the equation, yet they all have their own implacable (if not indelible) presence.

Richardson's book covers and envelopes represent the exterior physicality of texts, but empty, they attain an added silence. It's hard to ignore a Michael Sharp sculpture—sans pedestal, intrusive and dominant, interrupting the distanced attention of the viewer with items that effectively disrupt their detachment.

It's unusual for a group show to look at these subjects, but Hurtado's curatorial flair makes the collection function in such a way that the many voices don't undercut the theme. In that way, the exhibit is very much reminiscent of the gallery's Utah Ties exhibit, in which—although all the works had ties to this "made place" of Utah—to echo the words of writer Ron Silliman, the common theme was separation. (Brian Staker)
Absence, Presence @ CUAC Contemporary Art, 175 E. 200 South, 385-215-6768, through July 8, Tuesday-Friday, 11 a.m.-6 p.m.; Saturday, noon-4 p.m. CUArtCenter.org

FRIDAY 6.24
Pinnacle Acting Co.: The Most Lamentable Tragedy of Titus Andronicus
The body count scoreboard is tied between Titus (April Fossen) and Tamora (Melanie Nelson) before their final battle in The Most Lamentable Roman Tragedy of Titus Andronicus, as portrayed by the inmates of the Coffee Creek Correctional Facility for Women. As Bull I prison guard (Vicki Pugmire) comments, "It's about to get good."

And so is the rest of Pinnacle Acting Co.'s production of Titus. The actresses portraying the characters of this Shakespearean tragedy are not really inmates, but the setting is a way to bring new life to this play about death and revenge. With an all-female cast—and setting it in a prison—director L.L. West creates a unique approach of telling the story of Titus' revenge on Tamora.

Even if you're unfamiliar with Titus Andronicus, or aren't the biggest fan of Shakespeare, you will be entertained by such a talented group of actors. With the hilarious prison guards acting as the Greek chorus, it's easy to avoid getting lost on this journey through a dark and twisty ancient Rome. (Missy Bird)
Pinnacle Acting Co.: Titus Andronicus @ Dumke Black Box Theater, Westminster College, 1250 E. 1700 South, June 24, 7:30 p.m.; June 25, 2 p.m. & 7:30 p.m., $15-$18. PinnacleActingCompany.org

TUESDAY 6.28
Judith Freeman: The Latter Days
Memoir may be a common literary form, and around these parts, it may seem that there's a new memoir every day or so about growing up in—and often alienation from—the LDS Church. But there's a uniquely contemplative quality to Judith Freeman's The Latter Days, which chronicles a life in a 1950s/1960s Utah Mormon family that is both typical and fascinatingly specific.

Freeman focuses most of her attention on her years spent growing up in Ogden in a family of eight children, living the kind of life that most Mormon children of that era might recognize: learning the lessons of the church, navigating through a crowded house, trying to understand parents who were often remote and unknowable. Yet she also addresses distinctive tragedies that shaped her young life, including the death from cancer of her oldest brother, and giving birth as a newly married teenager to a child with a serious heart defect.

While Freeman spends time explaining tenets and practices of the church for uninitiated readers, The Latter Days is more than just a chronicle of growing up Mormon. It is instead a chronicle of growing away from being Mormon, requiring an understanding of how all-encompassing an identity that was before she began to drift away from belief in that faith, both as a rebellious teen and through the crises in her marriage. As such, there's a mournful quality to the writing, even as Freeman works through the various separations in her life—from the church, from Utah and eventually from her husband—toward understanding the forces that shaped her. (Scott Renshaw)
Judith Freeman: The Latter Days @ The King's English Bookshop, 1511 S. 1500 East, 801-485-9100, June 28, 7 p.m., free. KingsEnglish.com 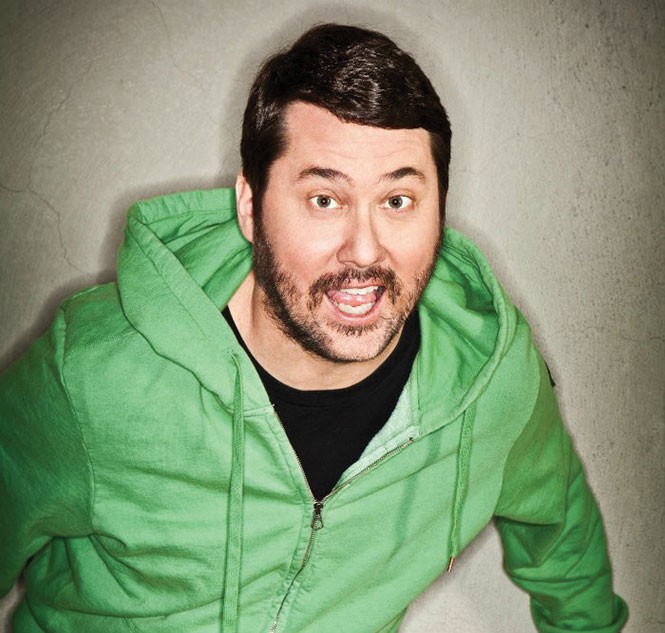 TUESDAY 6.28
Doug Benson: Doug Loves Movies podcast
Doug Benson has the great distinction of having a brilliantly funny show on Comedy Central that the network had zero faith in. The Benson Interruption had the comedian roasting other comedic acts as they performed their sets—while he was sitting on stage with them. It was absolutely hysterical, which is why the network heads put it on Friday nights and killed it after six episodes.

The genius of Benson is often overlooked until you get a good taste of it. Take, for example, his work on VH1's Best Week Ever, where he had some of the best one-liners of anyone on the show (apologies to Michael Ian Black). Or his documentary Super High Me, where Benson shows what his life is like being 30 days clean, compared to 30 days high as hell around his friends. He may be a favorite to the stoner crowd—a reputation he fulfills every time he talks about what he noticed that week while tokin' up—but it makes him one of the best live acts to see when he comes through town.

This time around, Benson will be bringing his decade-long podcast, Doug Loves Movies, to the downtown SLC Wiseguys for a live recording. Benson brings on surprise guests for the show, to talk films and comedy in front of a live crowd. The crew will play games and interact with the audience, while also clowning on each other and their love of particular films. Bring a movie-themed name tag for a chance to win prizes from the show. (Gavin Sheehan)
Doug Benson: Doug Loves Movies live recording @ Wiseguys Salt Lake City, 194 S. 400 West, 801-532-5233, June 28, 7:30 p.m., 21+, $22. WiseguysComedy.com