Living Traditions Presents: Living Legacy, Amy Cherrix: In the Shadow of the Moon, Disney On Ice: Dream Big, and more 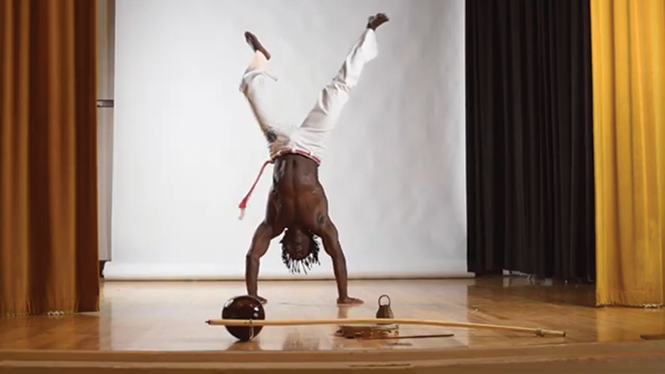 Living Traditions Presents: Living Legacy
Among the many annual Salt Lake City events lost to the COVID-19 pandemic in 2020 was the Living Traditions Festival, which kicks off the summer festival season with performances by a wide range of groups representing ethnic and cultural artistry from around the world. While fingers remain crossed that the 2021 installment can take place, in the meantime, you can get a weekly virtual reminder of the people and places that Living Traditions brings to life for local audiences.

Launched in February, Living Legacy is a weekly video series that offers not just a chance to watch performances of music, dance and more, but to hear the stories of those who practice these arts, and what they mean to them culturally. At press time, two videos had been made available. The first finds Brazilian capoeira artists Mestre Jamaika (pictured) and Amenzinho displaying the athletic, acrobatic skills of the traditional dance form, as well as sharing their own personal histories with capoeira and the connection of taking a performance "alias" to Brazil's history of racial oppression. In the other, India native and instructor at the Kaladharaa Dance School, Sonali Loomba, shares the Indian classical dance form of kathak and its role in continuing the stories of Indian culture.

Other upcoming installments scheduled to have been dropped by now feature the Venezuelan music performance of Venezuela Cantando, and Pacific Islander traditions from Kahealani Ohumukini Blackmon and Keola Ohmukini. Drop in every Wednesday for an engaging new reminder of our state's rich landscape of multicultural arts. (Scott Renshaw) 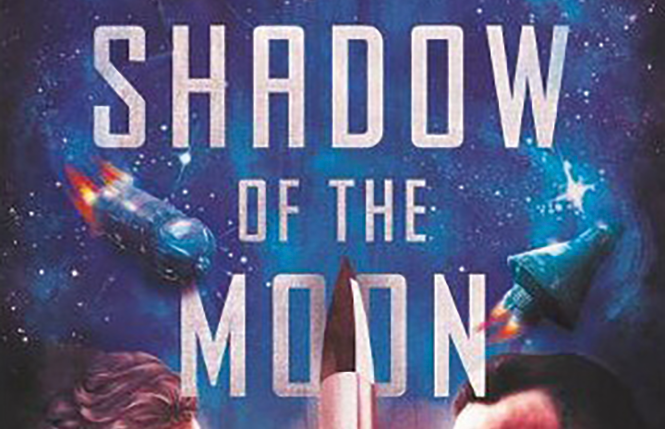 Amy Cherrix: In the Shadow of the Moon
The American space program has received renewed interest in the past few years, from the 50th anniversary of the moon landing to new popular-culture stories of the Mercury astronauts and even the recent scientific mission to Mars. Yet as familiar as so many of these stories are to those who grew up with them, it's not always easy to convey to a new generation how earth-shaking those events were, and how tied up they were to global politics and our sense of national security.

In her new young-adult focused non-fiction book In the Shadow of the Moon: America, Russia, and the Hidden History of the Space Race, North Carolina-based author Amy Cherrix digs into the story behind that crucial part of our history, with a focus on two of its most important figures: Wernher von Braun, the ex-Nazi who became the driving force behind America's space program, and Soviet rocket scientist Sergei Korolev. In the Shadow of the Moon looks at how these two men who never met were forever connected by their respective roles in putting humans into space, and how their scientific breakthroughs changed science, the nature of modern warfare and indeed the entire world.

Cherrix will appear in conversation with The King's English's own Mackenzi Lee, author of The Gentleman's Guide to Vice and Virtue. This free virtual Crowdcast event takes place Thursday, March 4 from 6-7 p.m., with registration required via kingsenglish.com. Order a copy of the book through King's English, and receive an autographed bookplate while supplies last. (SR) 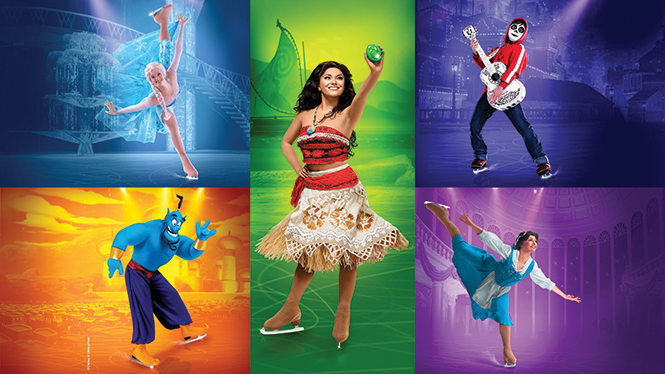 Disney On Ice: Dream Big
It wouldn't be surprising if you spent a lot of the past year dreaming—dreaming of the development of a vaccine, dreaming of leadership that wouldn't leave us scrambling to figure things out, dreaming of the "after" time when we could return to some of our favorite activities. Among those activities might be enjoying entertainment with the family, the kind of big arena spectacle that Disney on Ice shows have been providing for years.

The latest touring event, Dream Big, focuses on some of the more recent beloved additions to the Disney cast of characters, with visits from a few long-standing favorites. The fiery heroine of Moana and the demigod Maui take an action-packed voyage to restore the stolen heart of Te Fiti; Coco's Miguel enters the Land of the Dead and brings the festivities of Día de los Muertos to the ice. You can get Tangled up in Rapunzel's quest to see the floating lights, and travel to Arendelle with Anna, Elsa and Olaf and the cast of Frozen in a dramatic retelling of the sisterly love that saved a kingdom.

Dream Big runs through March 7 at Vivint Arena (301 S. Temple), with ticketing available at disneyonice.com. Tickets start at $20, with "pod seating" of a minimum of four tickets required at time of purchase to comply with safety recommendations. Other health and safety requirements, including face covering requirements, can also be found at disneyonice.com, along with information about pre-ordering souvenirs for touchless pickup at the event. (SR) 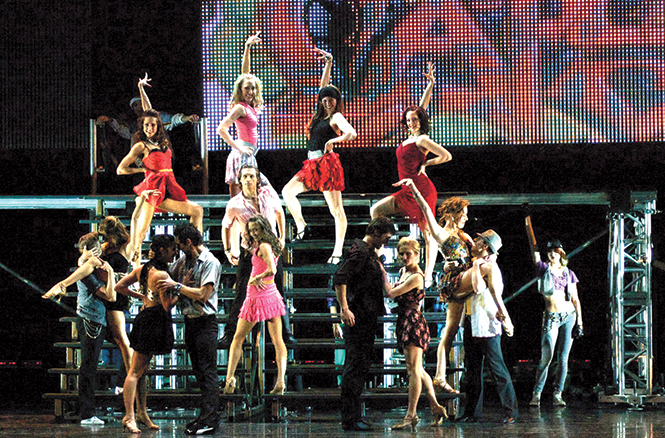 Odyssey Dance: Romeo & Juliet
William Shakespeare's tale of star-cross'd young lovers—divided by the long-standing feud between their respective families—has been told and re-told in what might seem to be every possible form. From ballet to opera, from multiple film adaptations to the contemporary updating of West Side Story, it's a story that allows infinite creative possibilities for finding drama in romance, passion, violence and tragedy. So it's exactly the kind of raw material that allows for Odyssey Dance to show how it takes the raw material of popular culture and re-shape it into the stuff of vibrant dance theater.

Romeo + Juliet – One Funky Tale puts the kind of spin on this story that you'd expect from the company that turned cinematic serial killers and monsters into Thriller's traditional Halloween showcase of entertaining chills. Odyssey Principal Dancer Eldon Johnson, So You Think You Can Dance veterans Ashleigh and Ryan Di Lello, and company founder Derryl Yeager provide the choreography that transforms the well-known tale of the Verona teenagers into a high-energy demonstration of hip-hop, Latin and contemporary dance. And as a special piece of audience participation, those in attendance even get to help decide if Romeo and Juliet live or die. Tragedy or happily ever after—the choice is yours.

Odyssey Dance brings a special engagement of this full-length piece to Tuacahn Amphitheater (1100 Tuacahn Dr., Ivins, tuacahn.org) for a pair of outdoor, socially-distanced performances on March 9-10, 7:30 p.m. Tickets are $21-$32; visit the venue website for purchasing information and safety protocols for performances, including required mask-wearing for all attendees. (SR)