The Essential A&E Picks for March 1-7 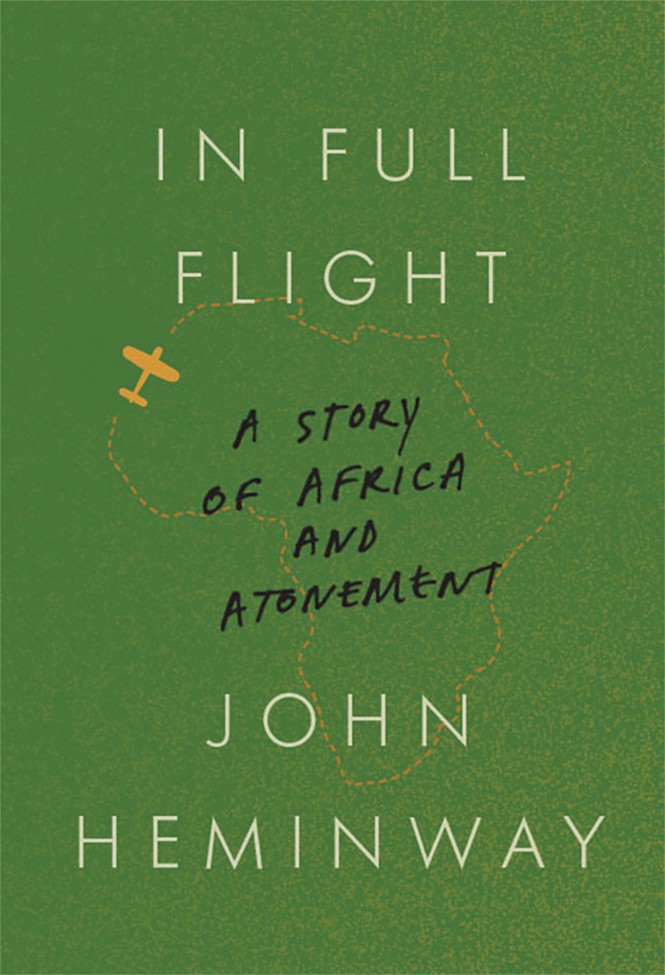 THURSDAY 3/1
John Heminway: In Full Flight
Dr. Anne Spoerry lived the kind of public life that inspires people to use the word saint—50 years spent flying across Kenya, serving as a physician for remote populations in Africa, saving lives that might never have had a chance were it not for her. Beginning in 1980, author and filmmaker John Heminway became determined to tell the story of this woman's amazing career, celebrating her achievements. And then, after Dr. Spoerry's death in 1999, another part of her life became known: During World War II, she engaged in activities at Ravensbrück concentration camp that could re-frame her legacy.

In Full Flight: A Story of Africa and Atonement is Heminway's chronicle of Spoerry's full life, including the author's own personal interviews and interactions with her and the research into her past that uncovered a darker side. Arrested as part of the French Resistance in 1943, she came to be part of horrible crimes against other inmates. Was Spoerry a victim or a war criminal? How did she find a way to create an entirely new post-war life? How much good must a person do in order to make amends for the sins of her past?

Heminway—who visits Salt Lake City this week for a reading and signing—explores these complicated questions in a story that incorporates his decades of following Spoerry without knowing about this other life, and her involvement in a war-crimes trial in Hamburg in 1947. "Can I reconcile the two Annes?" Heminway writes. "I'm still working on it." (Scott Renshaw)

FRIDAY 3/2
Tumbleweeds Film Festival
Utah is the home of the Sundance Film Festival, but that doesn't mean we need to wait until people are old enough for edgy fare to introduce them to cinema literacy—and to the idea that "kids' films" aren't limited to the latest mass-marketed CGI studio feature. The Utah Film Center's annual Tumbleweeds Film Festival for children and youth offers age-appropriate films that help teach younger viewers about documentaries and works from other countries, while also providing workshops that give potential young filmmakers a boost.

The 2018 program showcases 14 features and three short-films programs, covering every imaginable family-friendly genre and tone. The opening night feature, director Micah Barber's Into the Who Knows! (pictured), tells the story of a 10-year-old boy with an imaginary fox for a best friend, who is sent to summer camp by his concerned parents but escapes to begin a great adventure. Animated offerings include the Chinese fantasy Big Fish and Begonia and the Norwegian stop-motion comedy Louis and Luca – The Big Cheese Race.

Tumbleweeds also provides an inclusive way to introduce young viewers to films in other languages—even if the little ones are two young to read on-screen subtitles. Assisted listening devices provide narration by "subtitle readers," allowing everyone to be part of screenings from all over the world. Then, as a break from the screenings, kids can sign up to experience virtual reality, or learn about how Hollywood movies make sound effects and special effects makeup with hands-on opportunities to make movie magic themselves. (SR)

SATURDAY 3/3
Jim Norton
Jim Norton is a cantankerous kind of fellow. That's been the case ever since he made his mark as part of that irreverent shock-jock radio show Opie and Anthony. Both outrageous and outspoken, he's starred in seven comedy specials, appeared on several popular TV series, recorded four comedy albums, authored two best-selling books and currently co-hosts The Jim Norton and Sam Roberts Show on Sirius XM and the podcast UFC Unfiltered with Jim Norton and Matt Serra.

"I love [both radio and stand-up], but was doing stand-up first," Norton says via email. "The focus has to be much morepinpointed in stand-up. The best part ofcombining them is that I'mmediocre at both, so people tend not to get their expectations up."

Norton's a busy guy, but he keeps up with current events, though his tirades about gun control, Islamic extremists, the ordeal of airport security and ex-girlfriends can court controversy. "I never think it's controversial. It's justjokes and opinions," Norton says. "Criticism is fine, as long as people refer to me as Mr. Norton or Sir before they tell me I suck. ... The onstage me is much braver, and snitches on the offstage me," he admits. "I tell all my dark secrets onstage, then hate myself for blabbing it when I'm done."

Still, with all the darkness in the world, one has to wonder how Norton still finds ways to cast it as comedy. "I've never been accused of spreading anything but darkness," Norton replies. "So that question makes me have hope thatsomeone finds mejoyous."(Lee Zimmerman)

TUESDAY 3/7
A Whole New World of Alan Menken: An Evening of Songs and Stories
Alan Menken probably provided the soundtrack to most of your childhood, even if you weren't aware of it. While non-Broadway fans might have trouble placing his name, the music he's created for classic movie musicals like Aladdin and Enchanted are household staples.

With just his voice and piano, Menken brings more than 30 years of musical hits to Utah in his one-man show A Whole New World of Alan Menken: An Evening of Songs and Stories. His Broadway and Disney hits make up the bulk of the over two-hour program, but Menken also shares stories from his personal life and working career that helped shape the songs so many kids grew up loving.

Menken got his theatrical start in the early 1970s, but his real success would come a decade later with the dark comedy off-Broadway hit Little Shop of Horrors. On the strength of this play alone, Disney recruited Menken to write the music for 1989's The Little Mermaid, which kickstarted the Disney animation renaissance. After a few years away from film to focus on Broadway productions, Menken has returned to Disney to assist in co-composing new songs for the live-action versions of Beauty and the Beast, Aladdin and The Little Mermaid.

If you're looking to save a little on tickets and have nine other Disney-loving friends or family members, group pricing is available. The event is family friendly, though the minimum age to attend is 6 years old. (Kylee Ehmann)