Linnie Brown: Findings @ "A" Gallery
There can be a challenge in finding an accessible entry point to some visual art works for a layperson, but in the new work by Linnie Brown on display in the solo exhibition Findings at "A" Gallery (1321 S. 2100 East, agalleryonline.com), representation and abstraction find a fascinating architectural conjunction. These acrylic-on-panel pieces often feature bold swaths of color and hard lines that feel peculiar and alienating, until you take a closer look. In "Here and There" (pictured), there's a multi-dimensional perspective that makes it seem as though you're peering through windows on an atrium roof; the geometric forms in "Inventory of Linked Places" begin to resemble a row of apartment buildings, with the windows jutting off at strange angles.

The Utah-based artist—who grew up in Oregon but studied at BYU and the University of Utah—addresses in her artist statement how the works in Findings tap into the process of navigating one's history and identity. "My art evokes multiple locations simultaneously as a way to visualize the impact and accumulation of experiences tied to those places," Brown writes."After making an initial arrangement of shapes (derived from floorplans, city boundaries, and abstracted interior and exterior views), I then repeatedly modify and layer additional imagery, allowing the process to determine the final complex image."

Findings runs now through June 5. The entire collection is available online, while the gallery hours are Monday – Saturday, 10 a.m. to 6 p.m. COVID protocols are still in place, and guests are welcome to call and schedule individual visits (Scott Renshaw)

Utah Opera: La Tragédie de Carmen
Georges Bizet's 1875 opera Carmen—based on the novel by Prosper Mérimée—might include one of the most familiar pieces of operatic music in the world, thanks in no small part to the use of the "Habanera" from Carmen in a classic Bugs Bunny cartoon. Yet in order for this story to return to a live theater in the time of COVID, it was necessary to consider an alternative presentation. Hence, Utah Opera presents Peter Brook's 1981 La Tragédie de Carmen, a condensed interpretation that pares the cast down to the most essential characters and the intensity of their interactions, with a chamber orchestra performing the music, as the company plays live for an audience for the first time since last fall.

La Tragédie de Carmen runs May 8 – 16 for five total performances, and seating at the Capitol Theatre (50 W. 200 South, saltlakecountyarts.org) remains limited. Current season ticket holders will be contacted to confirm attendance plans; performances may be sold out as a result of capacity restrictions. (SR)

Isabel Hagen @ Wiseguys Jordan Landing
Comedy can emerge from a wide variety of places, and comedians themselves can emerge from any number of worlds. Still, it's odd to think of a talented professional comedian coming out of the world of classical music—which is the case for Isabel Hagen. A Juilliard-trained violist, Hagen made the transition to comedy in a way that has wrangled laughs out of that rarified air. "I love telling people I went to Juilliard," Hagen related in her late-night TV debut on The Tonight Show in 2020, "because they act impressed and I act modest. And I love that. They're like, 'Whoa, Juilliard," and I'm like, 'Eh, it's nothing,' and they're like, 'Humble and talented.'"

It's equally hilarious watching Hagen incorporate her viola playing into her standup act, emphasizing the odd juxtaposition of lovely music and her deadpan, self-deprecating jokes. And while it seems she's perfectly at ease in both roles, she revealed on her podcast Good Timing with Isabel Hagen how she immediately recognized a comfort level with comedy that wasn't quite there when playing music. "I feel like I had that [feeling of being where I should be] for standup at my first shitty open mic, but I didn't have that with violin when I started. I was just nervous and anxious and wanted it to be over," she said. 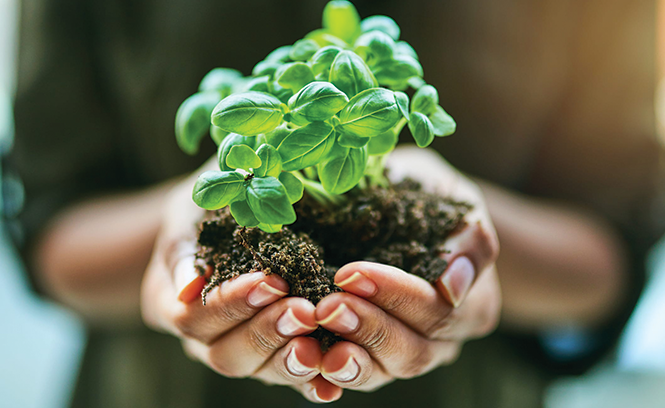 Amazing Earthfest
For those of us who live in Utah, it doesn't take much to appreciate the variety of outdoor activities available to us year-round. And along with that often comes an increased appreciation for the land, for the environment and for our relationship with them. That's the focus of the Kanab-based Amazing Earthfest, a non-profit that describes as part of its mission statement that it "helps people build informed connections to their public land through direct experience of its natural values including wildlife habitat and ecosystem functions, cultural sites, geology, and spectacular scenery."

As was the case in 2020, the 2021 installment of Amazing Earthfest takes place entirely in a virtual space over the week of May 7-15. Highlights among the scheduled events include several documentary films focusing on outdoor and environmental issues, including the inspiring and fascinating Kiss the Ground (pictured), about the crucial importance of maintaining active, living soil, and what all of us can do about it in the face of industrial farming practices. Several panel discussions also cover a wide range of topics, including students from Kanab High School addressing youth perspectives on the future of the planet; author and historian Frederick Swanson exploring the history of Utah's national parks and monuments and how Southern Utah's natural beauty became know around the world; and writer Steven Trimble offering a workshop on creative non-fiction focusing on the natural world.

All online events are free, but registration is required for participation. Visit amazingearthfest.org/events for additional information, including a full schedule of events. (SR)