The Hip Hop Nutcracker, Rudolph the Red-Nosed Reindeer: The Musical, Chelsea Handler: Life Will Be the Death of Me, and more 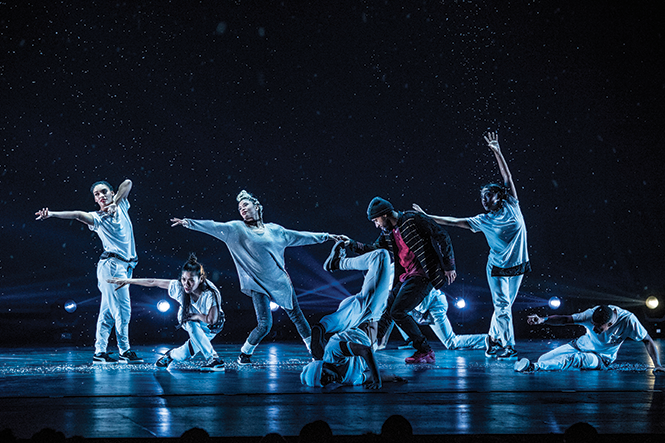 The Hip Hop Nutcracker
There's something to be said about stories, songs and dances that have stood the test of time. It's all the more impressive when a revered piece can be adapted and reimagined for succeeding generations.

Tchaikovsky might never have imagined that his score for the holiday classic The Nutcracker would provide such enduring appeal. Then again, Tchaikovsky didn't have a clue about hip-hop, especially since it wouldn't come along for another century or so. Likewise, his original work was a bit of a bust until 1892, when parts of it were extracted and used as the score for a ballet adaption of E.T.A. Hoffman's children's story "The Nutcracker and the Mouse King."

The Hip-Hop Nutcracker takes a few liberties with the original libretto, but the plot is essentially the same. Only now, the story takes place in the graffiti-strewn urban environs of New York City. "Audiences will see all the famous characters the toys that come to life, the mice that battle the toy soldiers and the snowflakes," director and choreographer Jennifer Weber says via email. "But in our version, the snowflakes do windmills instead of fouettes"

Happily, this unique approach proves ideal for the material. "When I started working on this project, I quickly realized The Nutcracker was perfect for a modern translation," Weber says. "So many of the characters work well when translated into a hip-hop vocabulary."

With its dancers, deejay and special guest emcee Kurtis a founding father of hip-hop, now this nouveau Nutcracker provides audiences with a new dream, one that involves getting in a groove together. (Lee Zimmerman) 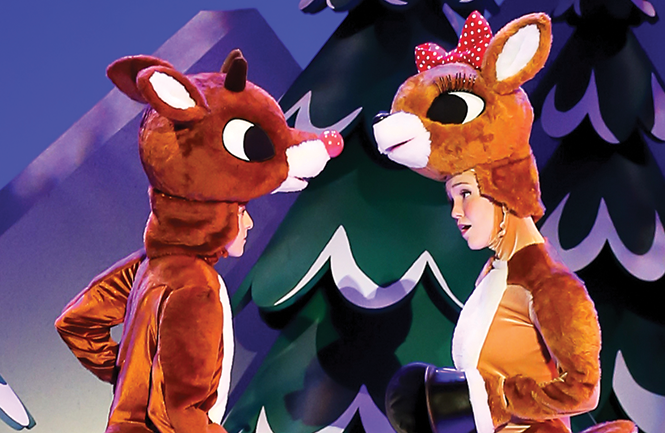 Rudolph the Red-Nosed Reindeer: The Musical
>"You know Dasher, and Dancer ..." OK, OK, you know the whole reindeer roster and thanks to the 1964 stop-motion animated TV classic, you know the complete back-story of the "most famous reindeer of all," and how he pretty much single-handedly (spoiler alert!) saved Christmas just when Santa was about to give up.

The characters introduced in that Rudolph, Hermey the Elf, Yukon Cornelius, the Abominable Snow Monster and an entire Island of Misfit Toys are so beloved that, 55 years later, a live musical stage adaptation is now in its fifth season of touring the country, having logged more than 500 performances. Now, Christmastown comes downtown when Rudolph visits the Eccles Theater.

The stage version takes from the television production in terms of costumes, nostalgic backdrops and dialogue, while also throwing in live theatrics with stage projections, special effects and a 12-foot-tall Abominable Snow Monster that has to be seen to be believed.

Musically, it boasts all of the classic Johnny Marks tunes from the special, such as "We Are Santa's Elves," "There's Always Tomorrow," "We're a Couple of Misfits," "Jingle, Jingle, Jingle" and "Silver and Gold." On top of those, you'll get additional holiday tunes like "Rockin' Around the Christmas Tree." And once you've enjoyed the live performance, you can look forward to the original holiday special when it airs on CBS on Monday, Dec. 2, and Saturday, Dec. 14. (Geoff Griffin)

Chelsea Handler: Life Will Be the Death of Me
Chelsea Handler is no stranger to making waves in Utah. On Jan. 21, 2017, during the Sundance Film Festival, Handler led the "women's march" on Park City's Main Street, and served as emcee for the ensuing rally coinciding with the inauguration of Donald Trump. If you expect someone who's going to be quietly un-controversial, you've come to the wrong place.

She digs into the Trump presidency and more in her new memoir Life Will Be the Death of Me. It's the story of how Handler dealt with the startling reality that not only would we not have a woman in the Oval Office for the first time, but that the presidency she told Daily Beast in 2016 would be the "end of civilization" was in fact coming to pass. She emerges from her initial despair, however, with a sense of purpose, and a realization that she's been existing in a bubble of privilege that she can no longer afford to stay inside. A period of intense reflection leads her on a journey of self-sufficiency, inspires her to an active role in politics, and guides her into therapy in an attempt to understand herself better.

Those who know Handler best from her E! series Chelsea Lately or Netflix's Chelsea Does/i> ...and Chelsea already know the tart tongue that she can bring to her humor. This week, her return to Utah is a reminder that as funny as she can be, there are some things she's serious about. (Scott Renshaw)

Pompeii: The Exhibition
Aug. 1, 79 A.D. marked the date for one of the most legendary natural disasters in history: the eruption of Italy's Mount Vesuvius, which resulted in the complete destruction of the city of Pompeii. At the same time, it created a kind of archaeological time capsule, preserving works of art and everyday relics from the era, encased in the ash and debris from that catastrophic event until they were found centuries later.

This month, The Leonardo begins a six-month stop for a traveling exhibition on loan from the Naples National Archaeological Museum. According to a news release from The Leonardo executive director Alex Hesse, "Having Pompeii's archeological treasures visit Salt Lake City is truly an honor, as these pieces rarely leave Italy. Combining the exhibition with a robust calendar of programming with local experts will give our community a unique cross-disciplinary look at one of the most fascinating ancient civilizations."

Included in the immersive, multimedia exhibition is an experience that allows visitors to get a sense of what took place on that tragic day including full body casts of human remains as well as a re-created walking tour through the city as it existed before the eruption with its marketplace, theater, public baths and more. The exhibition also showcases more than 150 authentic artifacts from the Pompeii archaeological site, ranging from household items like jugs and cups, to gladiator helmets, to amazing sculptures and frescoes. No other experience could bring you closer to living and dying in the lost city of Pompeii. (SR)