THURSDAY 11/7
Plan-B Theatre Co.: Oda Might
In 2013, a 19-year-old African-American woman named Renisha McBride knocked on the door of a home in Dearborn Heights, Mich., seeking help after crashing her car in the early morning; the owner of that house shot and killed McBride, claiming he believed he was being robbed. That story became part of the inspiration for playwright Camille Washington's Oda Might, a tale about assumptions that are built around race in America.

"Whereas many incidents of violence against black women's bodies that are covered by national media have to do with law enforcement, Renisha McBride was killed by a white homeowner," Washington says. "Her death was compelling in the initial stages of writingOda Mightbecause it was a violent, devastating reminder of how black people are presumed guilty, not innocent."

In Oda Might, those presumptions play out in the relationship between an unnamed doctor and patient in a psychiatric hospital. Their meetings are court-ordered because the patient serves time for murder and even as we meet them in the middle of an ongoing doctor-patient relationship, there's still a lot they're not revealing to one another—or to the audience. "The patient inOda Mightis in the hospital because she told the truth but no one believed her, and the court dismissed her as crazy," Washington adds.

Oda Might marks Washington's first produced play outside of Ogden's Good Company Theatre, where she serves as co-artistic director. It also serves as Plan-B's final play produced in conjunction with the David Ross Fetzer Foundation for Emerging Artists. (Scott Renshaw) 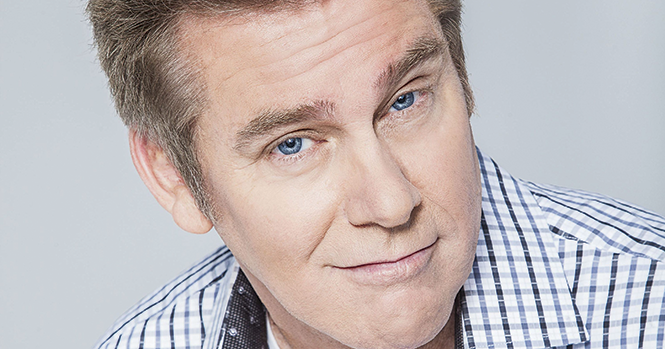 Brian Regan offers proof that even the most common encounters can make good fodder for observational humor, if only we overlook the hassles and frustrations that might accompany them. His self-deprecating humor and personal perspectives on things we often take for granted avoid profanity while getting to the essence of the insanity that can engulf our daily lives. So while he doesn't necessarily court controversy, he doesn't avoid it either.

Regan has an innate ability to explain life's craziness and confusion, and he's become something of an everyman idol as a result. A series of CDs and DVDs have become best-sellers, and frequent appearances on the Comedy Central series Shorties Watchin' Shorties, a Netflix series Stand Up and Away!, various stand-up specials and a variety of guest spots on late-night television have made him a media mainstay.

Born and raised in South Florida, Regan cites Steve Martin, Johnny Carson and the Smothers Brothers as role models. His ability to convey his material with subtlety and sarcasm has made him an Everyman version of a thinking man's comedian, one who doesn't need to pontificate to get his point across. He tackles such diverse subjects as psychics, stupid criminals and the opera, and freely riffs on grocery shopping while on an empty stomach, the indignity of working in restaurants or the awkwardness that occurs when meeting a new doctor for the very first time.

Ultimately, Regan provides proof that for all life's frustrations, there's no reason we have to succumb to them. (Lee Zimmerman) 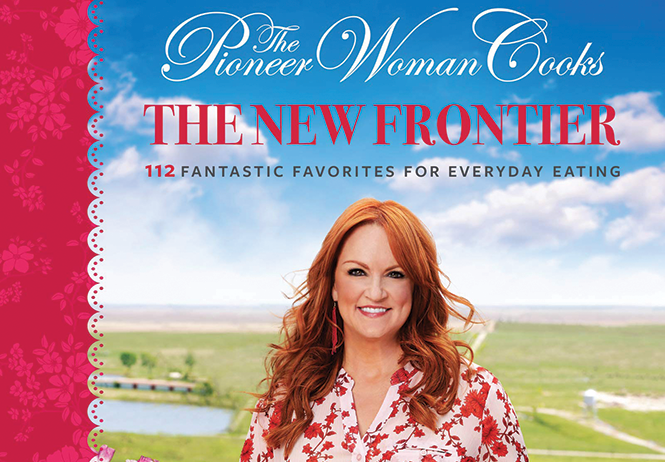 The origins of her comfort-food fame began at Food Network, where stirring rich amounts of butter into homestead cuisine or making plates like frontier pasta led to stardom. Married to a rancher while running an all-in-one general store, bakery and restaurant in Oklahoma, she offers a genuine pastoral appeal. Welcome to the frontier, indeed.

Some of her recipes include lasagna soup, ranch pork chops and caramel apple quesadillas. A new addition to Drummond's traditional stock of indulgent and creamy dishes are a number of low-carb recipes. With ideas like Portobello burgers (the mushrooms are the buns) and cauliflower rice, it has a clear goal to be healthier, without sacrificing taste.

Those familiar with Drummond know family is central to her cooking—the book is full of family photographs—and she clearly believes that serving people you love is a key to making food that's delicious and memorable. Anyone who loves making dessert just to see their grandchildren's eyes light up already understands.

Wristbands for the book signing can be purchased through Eventbrite. Each ticketholder is encouraged to take group or solo photos with Drummond. (Miacel Spotted Elk)

SUNDAY 11/10
Champions of Magic
Combining five of the world's top illusionists with comedy and pyrotechnics, the Champions of Magic represent a variety of disciplines: the close-up trickeries of Kayla Drescher, feats of mind reading by Alex McAleer, daring escape's by Fernando Velasco and large-scale illusion's by Young & Strange.

"We open the show, and within 15 seconds of us having the stage all to ourselves, a thing happens, which I cannot reveal, that everybody knows we are absolutely a comedy act as well," Richard Young, one half of the duo Young & Strange, says. "It is a ridiculous way to make a living, and we want to share that silly humor with the audience."

Meeting as kids in Oxfordshire, England, Young and Sam Strange have perfected their act, earning international attention. Drolly mocking the deadly seriousness of other famed illusionists, they agree that American audiences are "fun," regardless of hecklers.

"They really get into it and are much more vocal," Young says. "There's a lot of audience interaction with magic, and we pull lots of people onstage to help."

Relishing a dazzling finale, Young & Strange close out the show with an over-the-top tribute to the grand magic of 1980s Las Vegas—all the glitz without the hassle of a six-hour drive. Even better, all the performers later gather in the lobby for a meet-and-greet.

"A great magician isn't just great at tricks, they're great at communicating with people in lots of different ways," Young adds. (Colette A. Finney)