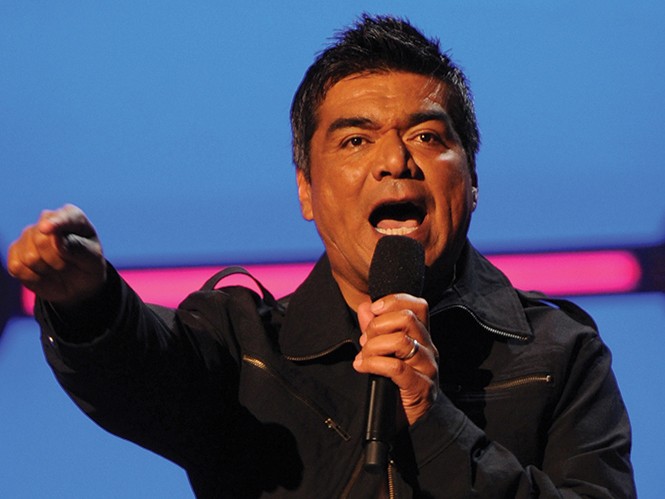 FRIDAY 10/11
George Lopez
Forget all the talk about building a wall to keep anyone from coming in the country: Actor and comedian George Lopez has always done his part to bring the Chicano community into mainstream America. Long before it was fashionable, he integrated themes of race relations and ethnic awareness into his stand-up, adding his voice to the dialogue about Latinx contributions to America's melting pot.

That's evident in the honors and awards he's reaped through the years, including the 2003 Latino Spirit Award for Excellence in Television, the National Hispanic Media Coalition Impact Award, the People for the American Way's Spirit of Liberty Award and the Humanitarian Award from Harvard University's Harvard Foundation. His numerous film and television credits—among them, several sitcoms and a stint as a late night host on TBS' Lopez Tonight—all attest to his talents. He's accumulated a number of other credits as well, including an autobiography (Why You Crying?), twice hosting the Latin Grammy Awards, a stint as co-host of the Emmy Awards, an appearance at President Barack Obama's inauguration celebration and a number of initiatives on behalf of various charities, including his own.

Not that it's been easy. After his self-titled sitcom was canceled in favor of the ill-conceived and short-lived series Cavemen in 2007, he accused ABC of making a racially-motivated decision. His battle with a genetic kidney disease caused him to lose 45 pounds following a successful transplant. Nevertheless, at a time when Hispanics are increasingly under fire, Lopez continues to fire back—as the title of his current tour, The Wall, should clearly indicate. (Lee Zimmerman)
George Lopez: The Wall World Tour @ Eccles Theater, 131 S. Main, 801-355-2797, Oct. 11, 7:30 p.m., $35-$254.50, artsaltlake.org 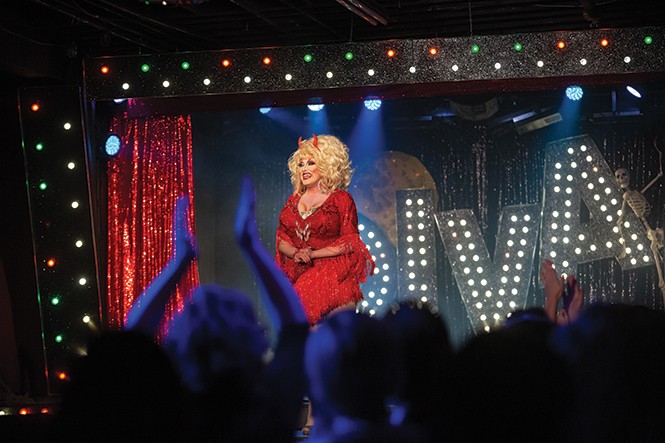 FRIDAY 10/11
Trick-or-Treat Diva!
In the market for a truly memorable Halloween experience? Ditch the candy corn and head to Metro Music Hall this weekend for the dragtastic Trick-or-Treat Diva. A testament to Salt Lake City's thriving drag scene, the Divas have taken hold of Metro since moving their spectacle there earlier this year.

The spooky holiday runs deep in the veins of producer Jason CoZmo, who remembers retiring from trick-or-treating at the ripe age of 10. Instead, he opted to dress up as Dracula, go ham on his family homes' spooky yard decorations and give his neighbors something to talk about. "I'd lay in a coffin and basically do a show for all the kids coming for candy," the Magna-based Dolly Parton impersonator reminisces. "It was more fun for me to entertain everyone."

Later, after relocating to California, the holiday took on a new significance, as it was the first time he did "full-out" drag. "I went as Alice in Wonderland," he says. "How ironic that Alice was first, and here we are 20 years later and I'm still skipping around Wonderland." 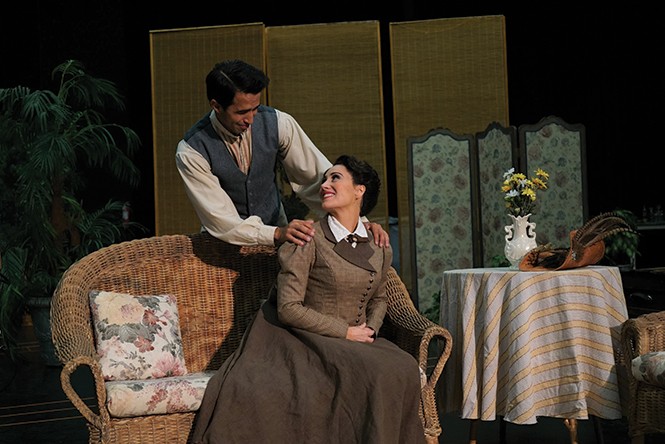 SATURDAY 10/12
Utah Opera: La Traviata
Utah Opera opens its 2019-20 season with an old favorite in a familiar building—but with new twists to the performance and the setting. Verdi's ever popular "La traviata," features new scenic elements designed by Peter Dean Beck, who has been creating sets for this opera since 1977, along with fresh costumes by Susan Memmott Allred at the Utah Opera Production Studios. These performances also mark the Utah premiere of conductor Steven White, who has conducted La Traviata at the Metropolitan Opera.

The run of performances is also be notable for where they take place. Utah Opera hit the road last season while the Capitol Theatre, which first opened in 1913 as a vaudville venue, was being refurbished. La Traviata marks the return to 200 South, and a performance space with a new seating configuration and sound system along with the reinstallation of the original terra cotta roof facade.

TUESDAY 10/15
Broadway at the Eccles: Miss Saigon
It's often said that those who fail to learn from history are doomed to repeat it. The Vietnam War proved that point, a fact that's been borne out by America's entanglements in foreign conflicts ever since. Sadly, it's a lesson lost on many of our leaders.

The multi-award winning musical Miss Saigon—recipient of six Tonys and four Laurence Olivier Awards—provides a personal and prophetic view of that failed conflict. Written by Claude-Michel Schonberg and Alain Boubil—the duo behind another historical drama, Les Misèrables—it's broadly based on the opera Madame Butterfly. However, it was specifically inspired by a magazine photo Schonberg saw that showed a Vietnamese mother leaving her child at an airbase in Vietnam in order to get the baby on a plane bound for the United States, where it would lead a better life with its G.I. father.

Consequently, despite the pageantry, spectacle and a sweeping score performed by a 42 person cast, the story is deeply personal. An orphaned Vietnamese teenager named Kim has a baby by her G.I. lover, Chris, who has no idea that he has fathered the child. After the two are separated by the continuing chaos in the country, she begins a quest to find him and reunite. Naturally, it's a difficult journey, one that ends with tragedy and redemption. Audiences were mesmerized, resulting in decade-long runs on Broadway and London's West End, and innumerable international tours ever since. (LZ)
Broadway at the Eccles: Miss Saigon @ Eccles Theater, 131 S. Main, 801-355-2787, Oct. 15-20, dates and times vary, $55-$130, artsaltlake.org